How to make an analysis of the Dow Jones index?

The American stock market indices as well as the assets of which they are composed are highly appreciated assets for traders. Among these indices one of the most important, and most popular is clearly the Dow Jones Industrial Average Index which is also known as the DJ30. This is in fact the largest American stock market index in terms of stock market capital. If you are interested in this stock market index we offer you the opportunity through this dedicated article to read pertinent information and stock market data about this index that will assist you in the preparation of your analyses of this index rate with explanations on its function and operation, its quotation, composition and factors that could influence its rate movements. 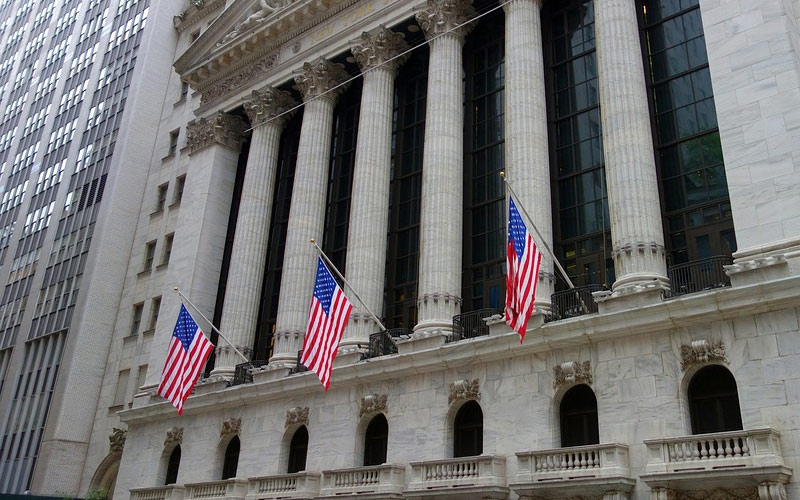 The companies that make up the Dow Jones in 2022

Find out the exact current composition of the Dow Jones Index as well as information on how it is composed and how its stocks are chosen.

Firstly we know that the rate of the Dow Jones is calculated from data regarding the companies of which it is composed. It is therefore important to closely follow the news and financial results of these companies especially those that carry more weight in this major American stock market index.

The major economic data published by the American government is also highly important. This can particularly include the official figures relating to unemployment, the trade balance, the GDP growth rate, the inflation rate, retail sales, the sales of durable goods and industrial orders, corporate sentiment and consumer confidence.

The value of the American Dollar against other currencies is also a factor that can influence the movements in the Dow Jones as this will impact the profitability of imports or exports of the American companies quoted on this stock market index.

Finally, we would also follow the communications from the Fed, or American Federal Reserve, concerning the interest rates as well as the press conferences of this entity.

Trade on the Dow Jones!
79% of retail CFD accounts lose money. This is an advert for trading CFDs on eToro

First we shall take a few minutes to take a close look at the Dow Jones Index and its role.  This stock market index was originally created in 1896 by the economist Charles Dow.  Since its creation the DJ30 index has experienced a strong expansion and over time has become one of the most traded indices on the American stock markets next to the Nasdaq, the S & P 500 and the Russell 2000.

Given the age and history of this stock market index, the Dow Jones also enables an overview and understanding of the historical growth of the American economy over more than a century.

The Dow Jones Industrial Average which is more commonly known as the Dow Jones 30 is a well established and respected index on the American stock markets. As indicated by its name it is composed of the 30 top American companies in terms of stock market capital.

Concerning the calculation of the Dow Jones index rate it should be noted that this index is weighted according to the value of the company shares of which it is composed, not according to the companies’ stock market capitals as is the case with the Japanese Nikkei 225 stock market index. This fact is important as it directly influences the weight each company can have in the calculation of this index.

The Dow Jones is not only followed by stock market investors, it is also monitored by economists worldwide as it is one of the oldest indicators of the American economic health. It is therefore considered that a rise in the rate of the Dow Jones Index represents a growing American economy whereas, to the contrary, a fall in the rate of this index indicates a crisis or recession of this economy.

Although the Dow Jones is particularly popular with investors, the same is true for some of the assets of which it is composed which are highly sought after and traded throughout the world such as Nike, Walt Disney, McDonalds and Goldman Sachs. In fact, all activity sectors are represented in this exceptional stock market index.

What are the opening days and periods of the Dow Jones Index?

As you can imagine and given that the Dow Jones is an American Index, the trading hours and the quotation times of this index are not the same as those of the European markets and stock market indices.

Concerning the time when it is possible to invest in the rate of the Dow Jones index, the opening hours are from 9.30 a.m. to 4 p.m. Eastern time. The opening of the American stock markets trading period is in fact when the Asian markets have already been closed for two hours. However part of the American trading session overlaps the European trading sessions as the European financial marketplaces are still open when trading starts in the USA. These trading periods when the American and European markets  are both open simultaneously are particularly volatile with traders from both areas extremely present and active, the volumes traded are also of course very high.

We then note a general downturn in trades at around 10 p.m. European time until the Asian markets open. However, given that the trading on the Dow Jones is completed through the use of derived products it is possible to take position at almost any time on its rate.

It should be noted here that the economic publications in the United States are also not released at the same time as in Europe. On the market brokers online trading platforms you will find economic calendars that will enable you to learn when the major publications and announcements are expected from the American government. Certain events such as the publication of economic figures, political events or meetings of the Fed are particularly followed by investors and can sometimes occur when the European markets are closed.

How do you perform a technical and fundamental analysis of the Dow Jones?

The two types of analysis to use if you want to get bullish or bearish signals from the Dow Jones are fundamental and technical analysis.
The first analysis, fundamental analysis, is an analysis that will use the market events and publications that are most likely to influence the price of this stock index. Since the Dow Jones reflects the US economy, it is important to keep a close eye on the events that impact the economic health of this country and the different publications of figures such as the unemployment rate, durable goods orders or GDP.
Technical analysis will focus on the study of trends and chart volatility of this index. The objective of this analysis is to discover cyclical movements in order to predict possible future movements. Technical indicators such as MACD, Bollinger Bands, RSI, moving averages, pivot points and support and resistance levels are used for this purpose. All these indicators can be displayed live on the customisable charts provided by online brokers and dealers.

How to invest in the Dow Jones online?

There are several ways to invest in the Dow Jones stock index online and we will detail them here.

Firstly, you can invest in the stocks listed on this index by buying them in cash with an ordinary securities account, or by speculating on their price evolution with derivatives such as CFDs or contracts for difference.

You can also choose to invest in the Dow Jones index itself. For this, and given that the Dow Jones is not a moveable asset, there are two methods. The first is to use an index ETF. This is a stock market product that will reproduce the composition and therefore the evolution of the Dow Jones more or less precisely.

Finally, CFDs, or contracts for difference, also allow you to trade on the rise or fall of the Dow Jones price without having to buy securities or other stock market assets. As the name suggests, these contracts generate gains or losses from the difference in price between the time the position is taken and the time it is closed.

When was the Dow Jones Index created and by whom?

It was in 1884 that the Dow Jones stock market index was created. It was born from the idea of two journalists, Charles Dow and Edward Jones who, after leaving a financial press agency, created this Dow Jones company and began to value industrial values with the greatest potential. Initially and out of the 11 companies listed there, 9 are railway companies. The other two companies are Western Union and Pacific Mail.

How does the Dow Jones correlate with other stock market indices?

You are aware that the international stock markets as well as the major world stock indexes are more and more dependent on each other and that this phenomenon has intensified over the past fifteen years. Also, the annual performances of the American Dow Jones index gradually approached the performances of other international indices including the CAC 40, the DAX 30 and the FTSE100.

Why is the calculation of the Dow Jones considered imperfect?

Some analysts believe that the calculation of the Dow Jones is imperfect because it is one of the rare indices with the Nikkei 225 which is weighted on the value of the stocks which compose it and not on the market capitalization of these values. Also and also because only 30 companies are listed there, the Dow Jones index is no longer the benchmark stock market index for the American economy and has been replaced by the S & P500.

Trade on the Dow Jones!