The hours for trading on the New York Stock Exchange

When you decide to speculate on the stock markets by yourself, either by using CFDs on trading platform, it is imperative that you know which assets to invest in and also the opening times of these markets. This is why we offer you the opportunity here to find out the opening times of the New York Stock Exchange which is currently one of the most important stock markets worldwide.

The US economy as a whole because the market will often move upward during growth periods and vice versa. Among the indicators to be favored here we will follow in particular the evolution of employment figures, the policy of the Federal Reserve which is the central bank of the country, the CPI and PCE inflation reports, the retail sales figures or still the ISM PMI surveys in the manufacturing and non-manufacturing sectors.

American Politics: We will closely monitor changes in fiscal policy on the part of the American government, especially during election periods and when candidates' programs are presented.

The international conflicts of the United States: As was the case with the commercial conflict between the USA and China, any litigation of this country with another can generate a major risk for the market and therefore a greater volatility of this financial center.

News from major economic sectors and large American companies. These companies can in fact alone have a significant impact on the price of large American indices in the measure of their weight in the latter.

Global economic health: The United States being a country that lives a lot of its exports abroad, it will be necessary to closely monitor the level of economic health in the world.

The quotation of the dollar: Finally, the value of the American currency, compared to other Forex currencies will also have an effect on the competitiveness of the country and therefore on the evolution of its main financial centers. 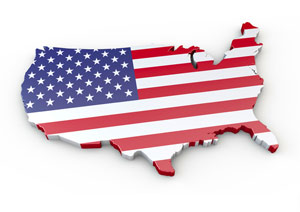 What are the opening times of the New York Stock Exchange?

The New York Stock Exchange, or NYSE, has the following opening hours:

It is important to note however that these opening hours are in American time. In Central European time this equates to an opening time of 3.30 p.m. and a closing time of 10 p.m.

Why is it important to know these times?

The opening times of the New York Stock Exchange are very important as they enable investors to follow the rates in real time of the major American assets listed there such as Google or Meta.

Before embarking on online speculation of the New York stock market, here is some information that you should absolutely know about this incomparable financial center of the international stock market.

One of the peculiarities of the New York stock market is that the exchanges are not all done electronically since there are still some shares exchanged at the auction.

Before 1990, NASDAQ had the largest volume of stocks in the United States and around the world but since then, the NYSE has taken its place with a total market capitalization of all the companies listed on this market which represent three times that of NASDAQ.

It is the NYSE Euronext (New York Stock Exchange Euronext) that holds the New York stock Exchange. This group was created by the fusion between Euronext and Archipelago Holdings which operates entirely electronically.

The New York stock market is located at 11 Wall Street, but it is important to note that the NYSE headquarters is actually located at 18 Broad Street in the financial neighborhood situated in the south of Manhattan.

The New York stock market is the most important in the world since it lists the shares of nearly 3000 companies with a total market capitalization that surpasses the 25 000 Billion dollars.

How are the stock market indices quoted that are part of the New York Stock Exchange?

We have just revealed the two major indices of the New York Stock Exchange but it is important to note here that these two indices are not quoted in the same way and have certain major differences in the manner in which the companies are classified in each index.

The index considered as the major index of the New York Stock Exchange is of course the Dow Jones Industrial Average, also called the DJ30. Its name comes from the fact that it unites the largest 30 companies of the United States. In this index we find companies including Microsoft, Coca Cola and Disney. The companies that are in the DJ30 index are classified according to the value of their share price on the stock market contrary to other indices which use their stock market capital to rate them.

The second major index of the New York Stock Exchange is the S&P 500, the Standard & Poor’s 500. Although this isn’t the top index of this stock exchange in terms of size it is still considered to be the most representative stock market index of the American economy and its growth. It is in fact classified according to the stock market capital of the companies included and not according to their share price such as with the DJ. As indicated by its name the S&P 500 is composed of the 500 American companies with the largest share market capitals. It is the Standard & Poor’s company that owns this index, hence its name. It should be remembered here that this ratings company is also one of the major ratings agencies in the United States together with Moody’s and Fitch Ratings. It is also this ratings agency that is responsible for managing this stock market index.

Merger between the New York Stock Exchange and Euronext:

Concerning the globalisation of the economy, the New York Stock Exchange, or NYSE, merged with the Euronext European stock exchange in 2007 which already united several different stock exchanges including those of Paris, Lisbon, Brussels and Amsterdam as well as the LIFFE futures market in London.

This merger between two major stock markets of the worldwide economy enabled the simplification of financial markets and stock exchanges between the United States and Europe by notably reducing the cost of the different transactions.

However this changes nothing in the way you invest in the rates of the major stock market indices of this financial marketplace or its stock market shares.

History and growth of the New York Stock Exchange:

To increase your understanding and knowledge of the New York Stock Exchange here are its major historical dates and events.

If you are curious and want to visit the New York Stock Exchange district or the US Federal Reserve, it is possible! Before leaving for the USA, you will need an ESTA authorization and your passport

On which days is the New York Stock Exchange closed?

The New York Stock Exchange is closed for the major American bank holidays including the 1 January otherwise known as New Year’s Day, the 20 January in honour of Martin Luther King, the 17 February for President’s Day, the second Friday in April for Good Friday, the 25 May for Memorial Day, the 3 July for Independence Day, the 7 September for Labor Day, the 26 November for Thanksgiving and the 25 December for Christmas.

When was the New York Stock Exchange created?

It was in 1972 that the New York Stock Exchange was created by 24 brokers who met under a plane tree in New York to determine a uniform commission rate for all asset sales. When it was initially created there were only five assets included; two bank share prices and three state bonds. Since 1817 this financial marketplace has grown to include no less than 380,000 different share prices.

Which are the largest New York stock exchange indices?