Invest efficiently in the Asian market

Trade Asian stocks!
79% of retail CFD accounts lose money. You should consider whether you can afford to take the high risk of losing your money. This is an advert for trading CFDs on eToro 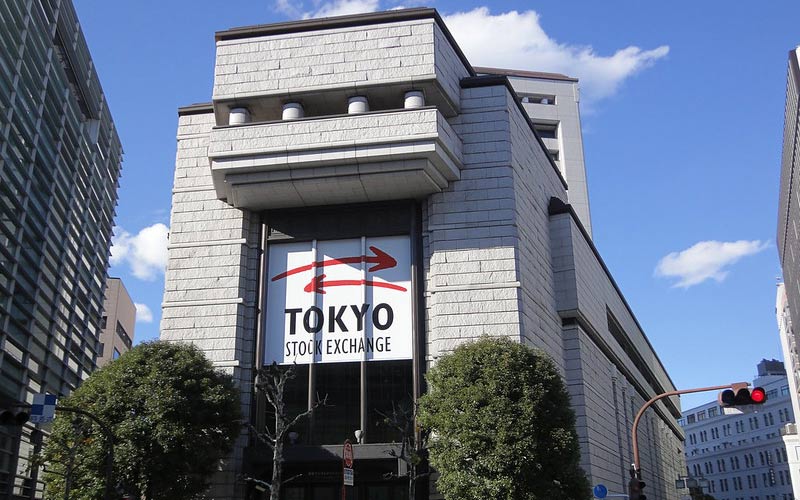 What are Asian stock exchanges?

Asian stock exchanges bring together the financial centres of several Asian countries including China of course, which is currently the second largest economic power in the world. But it's not the only one. The denomination of Asian stock exchanges also concerns developed countries South Korea, Japan and Singapore. These countries alone represent over half of the world's population with the Middle East and the Far East and therefore have important economic weight.

However, it's not common for European investors to speculate in these Asian markets they are unfamiliar. The assets of these exchanges have little coverage by the financial media and the lack of proximity as well as the currency effects can put off some traders. Even so, the Asian stock markets are full of very popular and interesting stocks such as Alibaba, Nintendo or Toyota shares.

Trading on Asian stock exchanges really comes down to trading on the major Asian stock market indices or on the stocks that compose them. Here you'll find two major essential indices of Asian financial centres in more detail.

The first is the Nikkei 225 which has existed since 1949 and is the benchmark index of the Tokyo Stock Exchange in Japan and also the benchmark index of the Asian continent. It's made up of 225 companies in 35 industries and is calculated in the same way as the Dow Jones, which means, a weighting on the stock prices of its securities. This index has three major sectors industry, consumer discretionary and finance and it includes some world-famous stocks such as Sony, Canon, Toyota, Nissan, Suzuki, SoftBank and Nomura. The Nikkei 225 developed very positively in the 80s with a bullish peak reached in 1989 at 38,957 points while the Japanese economy was booming. As a result, repatriation of Japanese capital from the United States burst this bubble and caused the dollar to fall against the yen, which weighed on the Japanese economy and led to a collapse of this index. Since then, the country has been slowly but surely recovering from this crisis and the price of the index has mainly been rising since 2003 although it did suffer the consequences of the dot.com bubble bursting in 2000 and the subprime crisis in 2008.

Another Asian index to watch closely is the Hang Seng Index which has been around since 1969 and is the benchmark index for the Hong Kong Stock Exchange. It's important to note that this stock exchange is strongly linked to the Chinese stock market due to their historical relations since the 1980s. Many Chinese companies are also listed there and benefit from market conditions that the Shenzhen financial centre cannot guarantee. This index is also made up of world-famous stocks such as Alibaba, Geely, Tencent, Petrochina, CNOOC, Sinpoec, China Mobile China Unicom and ICBC. Historically, the index suffered many losses during the 1997 crisis that hit Southeast Asia. The subprime mortgage crisis also had a strong negative impact on this index, which experienced its biggest historical drop to minus 66.5% between 2007 and 2008.

When and at what times should you trade on the Asian stock exchanges?

Trading on the Asian stock exchanges while residing in Europe requires knowing the opening hours of the various financial places and taking into account the time differences. Live trading requires you to view the markets through the night. Asian markets have a morning time-slot as well as an afternoon time-slot and close between 12 and 1 p.m. They also close earlier than other financial centres such as the European stock exchanges.

Regarding the hours of the Japanese Stock Exchange, we know that the quotations take place from 9 a.m. to 11 a.m. and then from 1 p.m. to 3 p.m. In Europe, this means a time slot between 1am and 7am.

Of course, if you want to invest in Asian stock exchanges, you must know the factors and elements that influence their evolution. You should pay attention to economic statistics which can lead to high volatility over a session given that Asia is a real hub of the world economy. Among the most impactful statistics are GDP, inflation, manufacturing and non-manufacturing indexes, and consumer confidence.

You should also follow the foreign exchange market since Japan, for example, is one of the countries which exports its production the most. The value of the Yen against other currencies is therefore an element that can have a strong influence on the stock market.

For China, the geopolitical situation and trade agreements with the rest of the world are also indicators to be followed with the greatest attention.

There is also a correlation between Asian stock indices and stock indices from the rest of the world which can be used to speculate on these stocks. We know that the Chinese and Japanese stock exchanges open a few hours after Wall-Street closes. As a result, the signal sent by the US stock market often has a direct influence on the trend of these Asian stock markets when they open.

How to invest in the major Asian financial centres?

You probably now want to know how it's possible to speculate and take a position on Asian stock markets from Europe. Although there are a few rare stock market investments offered by banks and giving access to these values, the simplest solution is to trade Asian stocks and indices with CFDs offered by online brokers.

To do so, after creating an account on an online trading platform, you can take up or down positions on the price of hundreds of Chinese, Japanese or other major Asian stock exchanges.

One of the advantages of these trading platforms is that they bring together many decision-making and strategic tools along with analysis tools with innovative and customizable charts and even targeted news feeds according to the financial centre or Asian assets in which you wish to invest.

Which Asian stocks can be traded online with CFDs?

The choice of stocks that you can trade on an online CFD trading platform has been increasing over the years. Nowadays, many brokers offer access to the best Asian stocks. But the securities that you can trade are most often shares of companies listed on the major stock market indices of these financial centres including the Nikkei 225 or the Hang Seng Index because these are companies for which there is sufficient information.

When is the best time to trade on Asian stock exchanges?

Apart from the time constraints that we have been mentioned in this article, given the time difference between Europe and Asia, the best times to invest on Asian stock markets will relate to the times of growth of these economies. However, you can also set up shorter-term strategies by taking advantage of intraday movements of certain stocks.

How easy is it to find information about Asian stock exchanges?

Trading in Chinese or Japanese stocks can be a little stressful for some investors who wonder if they will be able to find enough information to develop their analyses and strategies. Fortunately, since these markets are becoming more and more popular, a lot of economic, financial and news information about these financial places is available online or directly from brokers offering these shares on the stock exchange. You can also consult the websites of the companies which are often translated into English.