In recent years, the Xiaomi Group has emerged as a key player in the smartphone market. It is recognised as the third largest smartphone manufacturer in the world. The company's performance in the 2021 financial year perfectly illustrates the efforts made by the brand to continue to impose itself in this sector where the competition is considerable. Indeed, over the year as a whole, the company recorded strong results, driven in particular by smartphone sales. Find out in detail what you need to know about the financial results of the Chinese firm Xiaomi.

Trade the Xiaomi share!
79% of retail CFD accounts lose money. You should consider whether you can afford to take the high risk of losing your money. This is an advert for trading CFDs on eToro 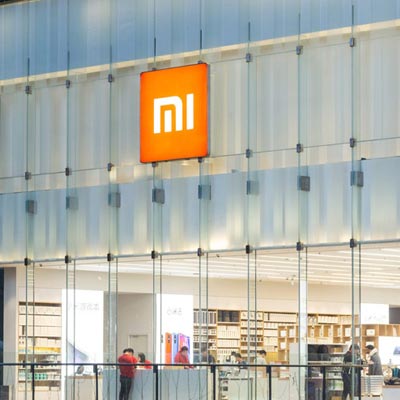 Xiaomi Group has unveiled strong results for the 2021 financial year. This is a testament to the growth of its business during this year. This is after having a challenging FY2020, due to the health crisis that has caused several businesses to fall in performance.

For example, for the full year of 2021, the company's net profit was €3.1 billion, compared to €1.685 billion a year earlier. It increased by about 69.5% year-on-year. The same trend was observed in turnover.

Smartphones played a major role in the increase in the brand's revenue in the financial year 2021. Over the year, it sold 190.3 million smartphones, compared to 146.4 million in 2020, an increase of 30% compared to the year before.

In addition, the group took a 14% share of the market. The smartphone business recorded estimated revenues of 29.8 billion euros for the whole of 2021. 29.8 billion, up 37.2% year-on-year. Thanks to this solid performance, the Beijing-based company has climbed to the top of the list of the biggest smartphone sellers.

As a result, it is now in the top five worldwide in 62 markets. On the other hand, the group is the leader in 14 markets in terms of market share.

Details of smartphone sales in 2021

Sales abroad are becoming increasingly strong. This is illustrated by the performance recorded during 2021. Excluding China, the company's revenues came to €23.2 billion. 23.2 billion, representing a growth of 33.7% compared to the previous year.

In 2021, the market share for smartphone sales is estimated at 16.8%. In addition, the brand is known for offering smartphones with a better ratio. This is particularly true of the Redmi Note 11. Sales of premium models have increased over the year.

In total, the group sold 24 million Premium smartphones in 2021, an increase of 160% compared to the year before. They constitute 13% of total sales in fiscal 2021.

Xiaomi's positioning in relation to its competitors in the market

Xiaomi Group has been shaking up the smartphone market in 2021. In the second quarter, the brand sold nearly 329 million smartphones, an increase of 10.8% year-on-year in the same period. This performance was achieved despite difficulties in the component supply chains.

In particular, the good results of this quarter have enabled Xiaomi to better position itself in relation to its competitors. At the end of Q2-2021, the brand was in second place for the first time, behind the South Korean manufacturer Samsung. The latter sold 58 million units during this period and took 17.6% of the market.

Xiaomi's smartphone sales in the second quarter of 2021 accounted for 15.5% of the market by volume.

About Xiaomi's dividend and market capitalisation

In a few words, the dividend represents the share of income that is distributed to a company's shareholders. Although the payment of this coupon is common in many companies, there are some that do not yet adhere to this policy. This is the case of the Chinese internet and mobile group Xiaomi.

It is therefore one of the giants of the technology sector that does not yet pay a dividend. Moreover, the company is present on the stock markets. Xiaomi shares are particularly popular with investors and traders. For information, in July 2018, the company made its IPO on the Hong Kong Stock Exchange.

By December 2020, the third largest smartphone manufacturer had surpassed the $100 billion market capitalisation mark for the first time in its history. In 2022, in May to be precise, this value is estimated to be over 200 billion euros.

Founded in 2010 and based in Beijing, Xiaomi is a giant Chinese company whose business is focused on mobile phones and consumer electronics. It also operates in the field of the Internet of Things and the provision of internet services. The group also carries out related investment activities.

In addition, Xiaomi's business is divided into four main areas. There is the smartphone segment, which deals with the design and sale of smartphones. Then there is the IoT and lifestyle products segment which specialises in the marketing of other products for the home such as: smart routers, laptops, smart TVs, etc.