The Walt Disney Company is a major American media and entertainment company. It is a major player in this sector worldwide. In 2020, its turnover was affected by the coronavirus health crisis, as was the case for several other companies in the world. But since then, its business has fortunately improved remarkably. This is illustrated in particular by the good performance achieved at the beginning of the 2021/2022 financial year. You will find out more about this in the following lines.

Trade in Walt Disney shares!
79% of retail CFD accounts lose money. You should consider whether you can afford to take the high risk of losing your money. This is an advert for trading CFDs on eToro 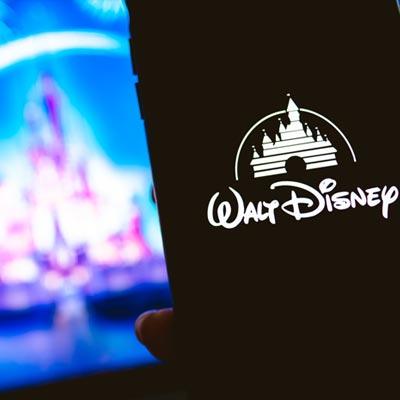 As a reminder, the Walt Disney Company's 2020/21 financial year was greatly disrupted by the Covid-19 health crisis. Moreover, the health situation forced the group to close its cruises, theme parks, resorts and other guided tours for a long time.

Despite the impact of the pandemic on its business, the entertainment group still managed to close the 2020/21 financial year with a good performance in the last quarter. For the period as a whole, the company's revenues were $18.53 billion.

Net income for the quarter was $159 million (or 9 cents per share). However, in the fourth quarter of 2020/21, the company did not see strong growth in subscriptions to the Hollywood studio's flagship platform, Disney+.

After suffering the impact of the Covid-19 pandemic a year earlier, Walt Disney saw its financial performance improve in Q1 2021/2022. Over this period, the mass media and entertainment conglomerate achieved revenues of $21.8 billion, compared to $16.25 billion at the same time last year.

This represents an increase of 34% year-on-year. This quarterly turnover also exceeded the market's expectations. The market was expecting $18.6 billion for the quarter. In Q1-2021/2022, the media and entertainment segment posted estimated revenues of $14.6 billion, up 15%.

The parks, experiences and resorts segment had revenues of $7.2 billion. This is an increase of more than 100% year-on-year. The US parks and experiences segment recorded revenues of $4.8 billion, compared to $1.5 billion a year earlier.

This growth was driven in particular by strong momentum in the parks business. Revenues in this segment more than doubled compared to the same period last year. In fact, they increased by 109% year-on-year.

On the other hand, the entertainment giant disappointed the market's expectations with the quarterly sales figures released. The company was targeting an estimated $20.038 billion in revenue for the quarter. For the second quarter of 2021/2022, the group's quarterly profit was $597 million.

This is a decline of 46%. It is also well below market expectations. On the other hand, the media and entertainment giant saw the number of Disney+ subscribers grow by 33% year-on-year to 137.7 million.

For four decades, the Walt Disney Company has always paid a dividend to its shareholders. However, since 2020, the company has stopped sacrificing this tradition. This is because of the negative consequences of the Covid-19 health crisis on its financial performance.

Thus, Walt Disney has suspended the payment of dividends for the time being. It is not possible to put forward a date for the resumption of the distribution of this coupon intended for the company's shareholders. The company has not yet given any details on this subject.

In addition, Walt Disney is also involved in the equity markets. It is one of the most closely watched stocks by traders or investors. The company is listed on the New York Stock Exchange. It is also a component of the Dow Jones Industrial Average. As of May 2022, its market capitalisation is estimated to be around $189 billion.

More about the Walt Disney Company

Founded in 1923, the Walt Disney Company is an American media and entertainment company. In 2012, it was recognised as the world's largest entertainment group. In addition, the company is involved in several types of activities.

These can be grouped into several categories according to the turnover generated by each of them. The first category of activity of the group concerns the operation of television and radio channels. It represents 41.2% of the company's turnover.

Finally, the Walt Disney Company also specialises in the sale of derivative products. This activity generates 7.9% of the company's turnover. In addition, the group has a strong global presence. It operates in several countries around the world. Also, the company has approximately 200,000 employees.