Founded in 1937 and based in Wolfsburg, Volkswagen is a giant American company operating in the automotive sector. It is one of the world's leading car manufacturers and the largest in Europe. The group markets several types of vehicles through twelve brands from seven European countries. In the year 2021, the company's business has improved compared to the previous year. Also, the German automotive giant has made a good start to the 2022 financial year. Find out more about the group's results in the following lines in this informative article.

Trade Volkswagen shares!
79% of retail CFD accounts lose money. You should consider whether you can afford to take the high risk of losing your money. This is an advert for trading CFDs on eToro 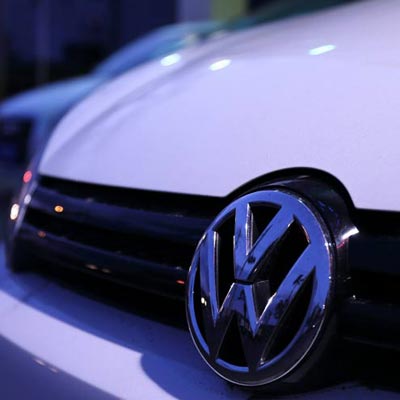 In the twelve months of the 2021 financial year, the Volkswagen Group's turnover reached 250.2 billion euros, compared with 222.9 billion euros in 2020. 222.9 billion in 2020. This represents a year-on-year increase of 12.3 percent. This good performance was noted despite the decline in car sales this year.

For the 2021 financial year, the automotive giant generated a net profit of 15.43 billion euros, compared to 8.8 billion euros in 2020. This was 74.8% higher than the previous year. This result was supported by favourable pricing and an improved mix.

Over the year, the German group saw its operating profit (excluding exceptional items) almost double to a solid 19.28 billion euros. As a reminder, it was established at 10 billion euros in 2020. 10 billion in 2020. It has therefore increased by 99.2% over one year.

The operating margin was 7.7% in 2021, compared to 4.8% a year earlier. In addition, the Automotive Division recorded a solid performance in net cash flow. 8.6 billion, up 35% on the previous year.

On the other hand, the division's net liquidity was stable compared to the previous year. 26.7 billion in 2021.

Vehicle sales performance by region in 2021

In the year 2021, the Volkswagen Group sold a total of 8.6 vehicles worldwide. Car sales were down by around 6% compared to 2020. The majority of vehicle deliveries were made in Europe and Asia-Pacific.

During 2021, Europe was the German carmaker's most dynamic market. This region contributed in particular to the company's sales performance in the year under review. In Europe, the group sold 3.727 million units, compared to 3.93 million in 2020.

This represents a year-on-year decline of 5.1%. However, the number of vehicles sold in Europe represents 43.5% of the company's total sales worldwide in 2021. The Asia-Pacific region was the German automotive giant's second largest market this year.

In the Asia-Pacific region, the German company sold 3,540,000 units in 2021, compared to 4.1 million vehicles sold the previous year. This represents a decline of 11.8%. On the other hand, despite the more modest volumes, the twelve-brand group saw its car sales increase by 8.2 % in North America.

Financial results revealed in the first quarter of 2022

The "volume" brands posted estimated revenues of €24.4 billion in the quarter. Premium brands recorded a turnover of 14.4 billion euros in Q1-2022. Sport & Luxury brands generated €7.3 billion in revenue during this period.

In the first three months of 2022, the carmaker recorded a drop in vehicle sales volume. In this quarter, the group delivered 1.995 million units, a decrease of 14.5 percent. In contrast to the turnover, which rose slightly during the quarter, the German group noted a strong increase in its net profit and operating result.

Indeed, over the period January to March 2022, Volkswagen saw its operating profit (before exceptional items) grow by 75.7% to 8.45 billion euros. This strong performance was driven in particular by an improvement in prices and the sales mix.

About Volkswagen's dividend and market capitalisation

For 21 years, Volkswagen has always paid a dividend to its shareholders. At the General Meeting of Shareholders, the Board of Directors and the Supervisory Board decided to increase the dividend for the financial year 2021 compared to previous years.

The company will pay EUR 7.50 per ordinary share and EUR 7.56 per preference share. As a reminder, in the previous year these values were 4.80 euros and 4.86 euros respectively.

In addition, the Volkswagen Group has a strong presence on the equity markets. The company is listed on the Frankfurt DAX 30. Since its IPO, it has been one of the most sought-after stocks. In May 2022, the company's market capitalisation is estimated to be around 90 billion euros.