Vivendi is a French company active in media, content and communications. It has a remarkable presence in more than 100 countries around the world. It is also one of the world's leading content providers. In the financial year 2020, the group performed well. This is also the case in the year 2021.

Trade the Vivendi share!
79% of retail CFD accounts lose money. You should consider whether you can afford to take the high risk of losing your money. This is an advert for trading CFDs on eToro 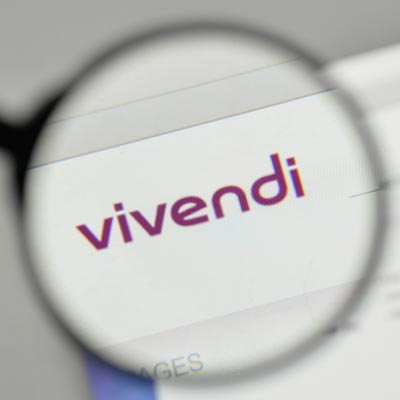 In fiscal year 2020, Vivendi achieved consolidated revenues of €16.01 billion. 16.01 billion. It reported year-on-year growth of 1.2% on a reported basis. On the other hand, on a like-for-like basis, sales were down 0.6% on the previous year.

The turnover was therefore higher than the market forecast. The market expected an average of 15.97 billion euros. It should also be noted that the group was not spared the effects of the Covid-19 health crisis. However, some of its activities have held up well.

These include pay-TV and music. On the other hand, activities such as Vivendi Village (particularly live shows) and Havas Group were affected by the coronavirus pandemic. For its part, Editis has benefited from a clear upturn in its business in France since June 2020.

Adjusted operating profit (Ebita) stood at 1.63 billion euros. 1.63 billion, an increase of 6.6% on a reported basis. On a like-for-like basis, the decline was 3.7%. This trend was driven by the strong performance of UMG and Canal+, which increased their operating income by 20.1% and 5.2% respectively.

Solid results in the first half of 2021

This is mainly due to the fall in the value of the holdings in Tencent Music Entertainment and Spofity. However, this unfavorable evolution was partially offset by the €331 million increase in EBITA. 583 million ('0.51 per basic share) in H1-2020.

As of June 30, 2021, Vivendi had an estimated restated net cash position of more than 2.4 billion euros.

Quarterly balance sheet for the third quarter of 2021

In the third quarter of 2021, Vivendi reported better than expected results. For the period as a whole, the company's revenues reached €2.476 billion, compared to €2.17 billion in Q3 2020. 2.17 billion in Q3-2020, an increase of 14.1% year-on-year. This increase was driven by the strong performance of Canal+ Group, which recorded revenues estimated at

This revenue trend also takes into account the contribution of the consolidation of Prisma Media for 75 million, which took effect on 1 June 2021. In addition, for the first nine months of 2021, Vivendi generated revenues of €6.87 billion, compared to €6.291 billion for the same period a year earlier.

About Vivendi's dividend and market capitalisation

In addition, Vivendi is present on the equity markets. The company is listed on the Paris Stock Exchange on the Euronext market. It is also one of the companies that make up the CAC 40 stock market index. At the end of December 2021, it had an estimated market capitalisation of more than 10 billion euros.