The Veolia Group is a French multinational company specialising in the fields of environment and energy. It is recognised as the world leader in environmental services. The company has a strong presence on five continents and employs approximately 179,000 people worldwide. The group's results for the financial year 2020 are detailed below. 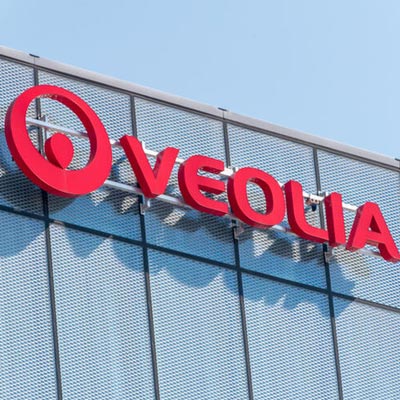 The fall in turnover was mainly caused by the effects of the Covid-19 health crisis on business volumes and work. The impact of the pandemic is estimated at approximately 915 million euros, or -3.4%. In addition, in the first two quarters of 2020, the group's activity was penalised by the containment measures put in place to counter the epidemic.

Thus, in Q1-2020, it fell by 1.3%. In the second quarter, the drop was more significant at 11.0%. In the third quarter, however, the group noted a gradual recovery. This enabled it to limit the fall in its activity to 0.6% over this period. The rebound in Q3 was confirmed in the fourth quarter.

Over the last three months of 2020, the group's activity fully recovered its 2019 level. It therefore recorded growth of 0.9% over this period.

Details of the group's activity by business line

The evolution of the group's activity by business line is presented at constant exchange rates. For the full year 2020, Water posted a slight decline of 1.0%. Volumes in this segment remained stable, but still fell by 0.2% over the year. On the other hand, prices rose by 0.7%. Also, the Works activity was temporarily disrupted by health measures.

Waste recorded a decline of 3.2% over the year 2020. Here too, volumes were down by 5.2%, while prices rose by 2.0%. The Energy business line posted a 5.8% decline over the twelve months of this year. On a like-for-like basis, the fall was 2.0%. This is following the disposal of the heating business in the US at the end of 2019.

Review of the group's activity by geographical area

In France, Veolia's business fell by 3.9% over the twelve months of fiscal 2020. Water posted a 2.2% decline, due to the drop in work in H1 caused by containment measures. Volumes increased by 0.8% and prices increased by 1.5% for the year.

Waste was down 5.9%, with volumes down 5.7% and prices up 2.3%. Also, recycled raw material prices fell sharply at the beginning of the year before rebounding thereafter.

In 2020, Europe outside France showed great resistance to the health crisis. Thus, in this zone, activity rose by 0.4% over the year, with growth of 5.3% in the last quarter. This increase is mainly due to the good dynamics observed in Central and Eastern Europe.

This region grew by 6.3% over the year, with a 14.9% increase in the fourth quarter. The Energy business grew by 7.1%. This upward trend was also observed in Water, which grew by 1.3%, with prices increasing.

Northern Europe, on the other hand, showed a decline of 3.1% in 2020. This was due to the fall in industrial and commercial waste volumes in Germany. The decline was also due to lower prices and volumes of recycled materials. Southern Europe recorded an increase of 2.1% over the year, driven by good momentum in Portugal and Spain.

Finally, the Rest of the World recorded a 1.7% decline (at constant scope and exchange rates) over the year. Asia grew by 0.7%. China returned to growth with a 4.1% increase in the fourth quarter. The group's business grew by 6.6% in Latin America.