The Valeo Group is a French automotive supplier. It works in partnership with all the manufacturers in the world. The company has almost 110,300 employees in 33 countries worldwide. It also has 187 production sites. In 2020, the company's business activity was down on the previous year's level. The results for the year as a whole were as follows 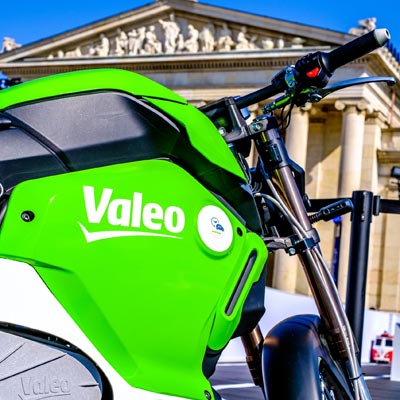 For the full twelve months of fiscal year 2020, the Valeo Group achieved consolidated sales of 16,436 million euros, compared to 19,477 million euros in 2019. This represents a year-on-year decline of 14% (at constant reporting entity and exchange rates).

Turnover in the replacement market fell by 10% (at constant scope and exchange rates) over the year to 1,748 million euros in 2020. 1,990 million a year earlier.

Breakdown of revenue by business line

Several parameters are responsible for the growth in sales of the Valeo Group's business groups. These are their product, geographic and customer mix, and the relative share of the replacement market in their activity.

For example, for the year 2020, the Comfort and Driving Assistance Systems cluster generated sales of 3,229 million euros, compared to 3,649 million euros in 2019. It declined by 12% (on a like-for-like basis) year-on-year.

The Powertrain Systems division recorded sales of €4,370 million in 2020. At the end of the previous financial year, it had come to 5,121 million euros. 5,121 million. This means that turnover in this segment fell by 15% (on a like-for-like basis) from one year to the next.

The operating margin (after taking into account the share of profit of associates) was -650 million euros. 650 million. It amounted to -4.0% of turnover. In 2020, the company recorded an operating result of -857 million euros.

At the end of 2020, the Valeo Group has a healthy financial situation. For the year as a whole, the automotive supplier generated a free cash flow of 294 million euros, compared to 519 million euros a year earlier.

At the end of 2020, the group's available cash amounted to 3 billion euros. The undrawn credit lines are estimated at €2.3 billion at 31 December 2020.

Dividend and market capitalization of Valeo in 2020

The Valeo Group is one of the companies that honors its commitment to pay a dividend to its shareholders at the end of each year. For the year 2020, the Board of Directors has decided to pay a dividend of 0.30 euro per share.

In addition, Valeo's shares are listed on the Euronext market in Paris. In 2020, the company had a market capitalization of 7.752 billion euros.