How to analyze the USD/CNH price?

More and more Forex investors are interested in the USD/CNH or Dollar Yuan currency pair. But before starting to invest on this exchange rate, it is of course necessary to know how to analyze it and interpret its various indicators. In this article, we will provide you with some useful information about this currency pair and the factors that should be taken into account in its fundamental analysis.

Of course, we will follow with great interest the statements of the US Federal Reserve and the FOMC regarding the monetary policy conducted on the US dollar. The same applies to the statements and meetings of the People's Bank of China in charge of the stability of the yuan.

The Chinese government also plays an important role in the price of its currency against the dollar since in the context of a real exchange rate war, this government has carried out in the past various brutal devaluations of its currency. If these devaluations are often disguised by putting forward a new method of calculation, they are nevertheless events to be followed closely.

Of course, the value of both the dollar and the yuan are closely linked to the economic health of these two countries, the United States and China. A strong economy will indeed tend to make the currency concerned more attractive to investors and vice versa in case of economic crisis. It will therefore be necessary to monitor the major economic indicators concerning these two markets, such as the evolution of GDP, durable goods orders, unemployment figures and consumer confidence.

Of course, as we have seen for a few years now, the economic and political conflicts between these two major world economic powers will also have a very important impact on this exchange rate. The trade war between the two countries plays an important role in investors' interest in this currency pair. Therefore, the statements of these two governments regarding their trade will be followed closely. 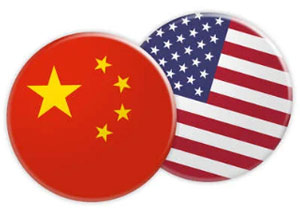 Detailed presentation of the US dollar :

As far as the monetary policy applied to the US dollar is concerned, it is of course the FED orFederalReserveBoard that is in charge. Its role is to define and implement the country's monetary policy through the Federal Open Market Committee or FOMC. The voting members of the FOMC are 7 Fed directors and 5 presidents of the 12 District Reserve Banks. The FOMC holds 8 meetings each year that are worth watching closely as they usually announce interest rates and growth forecasts.

It should also be noted that the Federal Reserve now enjoys a great deal of independence in the way it sets monetary policy for the U.S. dollar, since it is less subject to political influence due to the fact that the majority of its members serve for long periods. Thus, they have the opportunity to cover the various stages in which one party predominates in the presidency and in Congress.

The US Federal Reserve is also responsible for publishing a semi-annual report on monetary policy in February and June. This report is followed by a speech by the president of the reserve, who answers questions from the US Congress and the banking committees about this report. Let's remember that this report is particularly interesting since it gives the FOMC's projections for unemployment, inflation and GDP.

One of the major differences between the Fed and other global banks is that the Federal Reserve's objectives are set for the long term with regard to sustainable economic growth and price stability. In order to achieve these goals, the Fed must therefore use monetary policy as a means to achieve balanced growth but also to reduce inflation and unemployment. To do this, it has several means at its disposal, including open market operations at market conditions and the target federal funds rate.

Finally, as far as the dollar is concerned, its liquidity and volatility are extremely high, which calls for caution if you wish to invest in the USD/CNH currency pair.

Detailed presentation of the Yuan :

Let's now move on to a complete presentation of the Yuan which is the Chinese currency and is officially called Renminbi or RMB. The Yuan is in fact only a unit of account and is issued by the People's Bank of China or PBC.

The Yuan has of course played a major role in Asia since the 2000s when the Chinese government wanted to internationalize its currency. The objective is to try to keep a certain stability of this currency in Asia so that the Yuan is used and accepted as an international currency and as an alternative to the American dollar. The Yuan is thus playing an increasingly important role in Asian trade, like the dollar in the United States and the euro in the European Union.

Recently, the Yuan also entered the IMF's special drawing rights basket. Indeed, it was in November 2015 that the International Monetary Fund approved the inclusion of the Chinese currency in the basket of currencies that is used to set the value of special drawing rights or SDRs. This measure thus came into force in October 2016 and is above all a technical measure, but one that nevertheless has an important symbolic significance. Let us recall that SDRs have a limited role. They were created in 1969 by the IMF to supplement the official foreign exchange reserves of its member countries and also serve as units of account. SDR holders can thus exchange them for several currencies on the basis of agreements between member countries or at the request of the IMF.

The inclusion of the Yuan in the SDR also increases confidence in this currency.

Finally, the Yuan is gaining more and more ground but is still far from competing with the US dollar in achieving the status of reserve currency. However, its influence on the international scene is growing strongly.

What is the difference between the Yuan and the Renmimbi?

First of all, let's remember that the official currency of the People's Republic of China is currently the Renminbi or is called RMB for short. There is no real difference between the renminbi and the yuan. In fact, the term yuan is the common name for the Chinese currency that is used in the media or in foreign exchange investments. The term "renminbi" here means "people's currency" and is only used in official speeches.

What technical indicators should I use to analyze the USD/CNH?

If you want to do a good technical analysis of the dollar/yuan exchange rate, you will need to choose your Forex charts carefully and display several major technical indicators. Trend, volatility and liquidity indicators are important here but you can also use strategic turning points such as pivot points, major support or resistance levels.

How are the exchange rates of the dollar yuan set?

In reality, when you invest in the Forex market, it is important to know that the rate of exchange of one currency against another, in this case the dollar and the yuan, varies according to supply and demand and according to the volume of trade between these currencies. It is therefore important to understand what can influence these exchanges.