Based in Hannover, Germany, TUI is a German company that operates in the tourism sector. It is recognised as the world leader in this sector. The group has a strong presence in several countries around the world. On the other hand, in 2020, the entire tourism sector was severely affected by the coronavirus pandemic. This health situation therefore disrupted the smooth running of the company's business in its 2020/21 financial year. Here are the key points to remember about the German giant's performance.

Trade the TUI share!
72% of retail investor accounts lose money when trading CFDs with this provider. You should consider whether you understand how CFDs work, and whether you can afford to take the high risk of losing your money. This is an advert for trading CFDs on Plus500 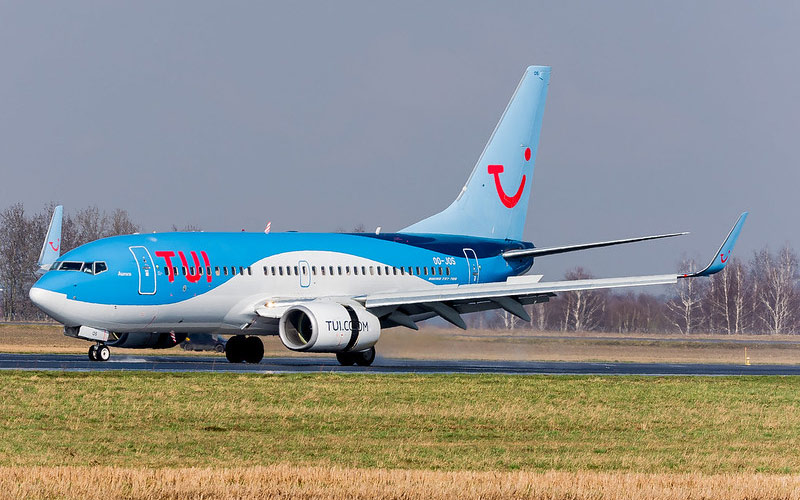 TUI benefits from decontamination in Q3 2020/21

In the third quarter of the 2020/21 financial year, German travel giant TUI saw a nine-fold increase in revenue compared to Q3 of the previous year. 649.7 million, compared to around €72 million a year earlier. This performance was driven by a recovery in bookings in key markets such as Germany.

The lifting of travel bans in continental European markets helped the company to increase revenues in the quarter. In fact, the world's largest tour operator has always relied on European tourists. They account for 21 million of its 28 million customers.

Between April and June 2021, the company reported a net loss, group share, estimated at 934.8 million euros. For the first nine months of the 2020/21 financial year as a whole, it reached 2.4 billion euros, compared to 2.3 billion euros a year earlier (in the same period). The Ebit loss was halved.

It stood at -748 million euros in Q3-2020/21, compared to -1,456 million euros in Q3 of the previous year. On the other hand, one of the great satisfactions of this quarter is the good level of cash posted by the German group. It recorded a positive cash flow of 320 million euros, the first since the advent of the coronavirus epidemic.

On the recovery in bookings in the third quarter

The recovery in the period April to June 2021 benefited certain destinations in particular. These are the southern European destinations. Firstly, there is Spain with the Balearic Islands and the Canaries. Then come the Greek islands, particularly Crete and Rhodes.

In addition, the company has benefited from Greece's early communication with tourists from the Old Continent. This has always been based on low-cost, sunny holidays in areas with many tourist attractions. In addition, the recovery was also supported by domestic tourism and cruises.

For the whole of the summer of 2021, the Hanover-based group recorded around 4.2 million bookings, including 1.5 million in May alone. The majority of these are related to tour packages. Also, more than 52% of the group's customers opted for online holiday bookings.

The German TUI Group's 2020/21 financial year was marked by the Covid-19 pandemic, which heavily impacted the company's business during this period. This forced the world's leading tourism company to post a second consecutive heavy loss.

For the full year 2020/21 (ending September), the company recorded a net loss of €2.48 billion, compared to a record loss of €3.1 million a year earlier. In the fourth quarter, the group's turnover reached €3.5 billion, compared to €1.2 billion in Q4 of the previous year. It almost tripled over a year.

The operating result, for its part, came close to balance. It amounted to -97 million euros, compared to a loss of 570 million euros a year earlier.

From the third quarter onwards, the effects of TUI's major restructuring plan began to be felt. As a reminder, through this programme, the German giant aims to reduce its high costs. To achieve this objective, it plans to cut 8,000 jobs. This corresponds to 10% of its workforce worldwide.

This concerns 60% of jobs in France. Also, as part of achieving this objective, the group plans to sell 20% of the aircraft in its fleet, Tui Fly. In addition, the health crisis has highlighted the inadequacies of the "all-inclusive travel" model to which the group has long attached great importance.

This was done in order to show resilience against competitors such as Airbnb and Booking.com. Over time, the grounded planes have reported a difficult burden to bear. In the spring of 2020, when the crisis was in full swing, the German state was a great help to TUI.

It enabled the company to survive by coming to its rescue. The German state provided the company with public aid valued at 4.3 billion euros. This means that the state could have up to a 25% stake in the group in the future.

About TUI's dividend and market capitalisation

The German tourism giant TUI is one of the companies in this sector that pays dividends to its shareholders. This coupon is paid annually. The last dividend paid by the company (12 December 2020) is EUR 0.54 per share.

In addition, the company has a remarkable presence on the financial markets. It has a dual listing. It is listed on the Frankfurt Stock Exchange and on the London Stock Exchange. As a result, the group is included in the composition of the FTSE 100 index. At the beginning of December 2021, the company had an estimated market capitalisation of more than EUR 3 billion.

Trade the TUI share!
72% of retail investor accounts lose money when trading CFDs with this provider. You should consider whether you understand how CFDs work, and whether you can afford to take the high risk of losing your money. This is an advert for trading CFDs on Plus500