The TF1 group is France's oldest national general interest television channel. For over 30 years, it has been recognised as the leader in television in France. In 2020, its business was disrupted by the Covid-19 pandemic. However, the company adopted solid measures that enabled it to ensure the continuity of its activities. On the other hand, the health crisis impacted its financial performance during the year. Here are the key takeaways from the company's annual review for the year 2020. 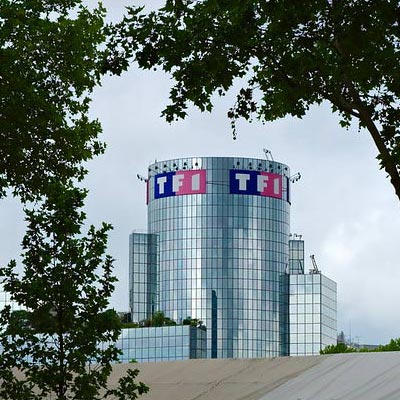 For the full twelve months of the 2021 financial year, the TF1 Group generated consolidated revenues of €2,081.7 million, compared to €2,337.3 million in 2019. It therefore reported a 10.9% year-on-year decline. This decline is due in particular to the Covid-19 pandemic, which impacted all of the company's activities during the year.

After a first half of the year heavily affected by the unfavourable effects of the health crisis, business improved in the fourth quarter. In fact, over the last three months of 2020, advertising revenues increased by 4.5% year-on-year to €520.4 million, compared to €497.8 million in Q4-2019.

Performance of other financial indicators over the year

This represents a saving of 152.3 million euros. This fine performance proves the company's ability to adapt. It was driven in particular by the drop in unit prices of programmes broadcast and by the good circulation of rights between channels. It is also explained by the optimisation noted in the duration of flow programmes.

For the year 2020, the Studios and Entertainment division generated revenues of €309.2 million, down €80.8 million compared to 2019. This division was strongly affected by the health crisis, which caused filming to stop in April and early May.

Theatrical releases and shows were postponed due to the pandemic. The same applies to musical tours. The current operating result of this division reached EUR 31.1 million in the year under review. Compared to 2019, it fell by €26.8 million year-on-year.

At the end of December 2020, the Digital (Unify) division's revenues were estimated at €159.7 million. This is a decrease of €13.4 million compared to the previous year. 13.4 million compared to the previous year. The current operating result was EUR -4.0 million. 15.7 million year-on-year. This decline is mainly due to the fall in activity, mainly in H1-2020.

This takes into account rental obligations which had resulted in a net debt of €93.1 million. As a reminder, a year earlier, the company's net debt was €126 million, taking into account a debt of €225.8 million relating to lease obligations.

About TF1's dividend and market capitalisation

The TF1 Group is one of the companies that distribute a coupon to its shareholders at the end of each year. Thus, to agree on the amount to be paid for the 2020 financial year, the Combined General Meeting took place on 15 April 2021. During this meeting, the company's Board of Directors proposed the payment of a dividend of 0.45 euro per share.

The detachment date was set for 3 May 2021 and the payment date for 5 May 2021. TF1 also has a remarkable presence on the financial markets. Indeed, the company is listed on the Paris Stock Exchange on Euronext. At the beginning of December 2021, its market capitalisation is estimated at over one billion euros.