Tesla stock is not really a yield stock since it does not propose to collect a dividend to its shareholders. On this page, we'll find out why there is no dividend associated with this stock, whether the company plans to change this policy and why it is still of interest to investors.

Trade Tesla shares!
79% of retail CFD accounts lose money. You should consider whether you can afford to take the high risk of losing your money. This is an advert for trading CFDs on eToro 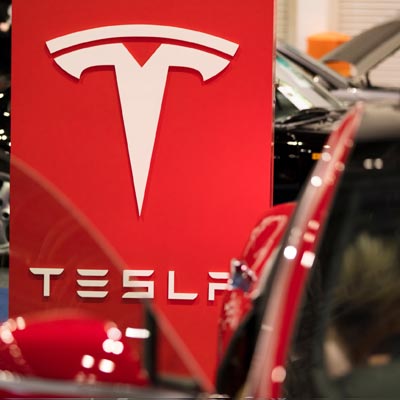 Does Tesla stock pay a dividend?

Currently, Tesla stock does not allow its shareholders to receive a dividend in exchange for its ownership.This share is therefore not to be considered as a yielding stock but is favored by investors who seek above all to set up a growth strategy by hoping for a long-term gain in the share and the realization of a capital gain on resale.

Indeed, since its listing on the stock exchange, Tesla has never paid any dividend to its shareholders.

Why doesn't Tesla pay a dividend to its shareholders?

It was in 2010, more than 12 years ago, that Tesla was listed on the NYSE. However, from that time until today, no dividend has been paid to the company's shareholders.

Of course, one may wonder where this lack of dividend comes from, given that Tesla is currently a profitable company that makes significant profits every year.

The reason for the non-payment of the dividend is rather to be found in Tesla's growth strategy. Operating in a highly competitive technological sector, Tesla is indeed counting on making numerous strategic investments, especially in R&D, in order to ensure that it can offer its customers ever more innovative products and maintain its market share.

While Tesla may be considered a mature company in financial terms, it tends to to stay ahead of its competitors by continuing to invest a good part of its revenues in innovation, partnerships and strategic acquisitions.

Tesla is currently the leader in its sector but is facing increasingly aggressive competition, especially from China. It is therefore necessary to differentiate itself by investing its profits in research and development of new technologies.

Will Tesla pay a dividend in the future?

We have often seen companies that do not pay dividends to their shareholders suddenly change their distribution policy and start paying them. But will this be the case for Tesla?

Indeed, now that the company is making profits every year, shareholders would expect to receive a share of those profits in exchange for their investment in the company's shares.

However, this is not the case and Tesla Group had already indicated several years ago that it did not intend to pay a dividend to its shareholders, neither in the present nor in the future. However, this particularity does not seem to be a problem for Tesla, which is finding more and more investors likely to buy its shares.

It is important to remember that although Tesla has not paid a dividend to its shareholders, it is considered above all as a growth stock. The share price of this stock has increased by more than 12,000% in the last 10 years and investors who buy it hope that this upward trend will continue in the long term.