The Covid-19 health crisis that impacted global economic activities in 2020 did not spare the telecommunications sector. Like many other companies, the Telefónica Group has been affected by the pandemic this year. In particular, the pandemic has led to a drop in demand. As a result, the company's annual results were down on the previous year. This article provides an overview of the telecom operator's performance in 2020.

Trade the Telefónica share!
77% of retail CFD accounts lose money. You should consider whether you can afford to take the high risk of losing your money. This is an advert for trading CFDs on Plus500 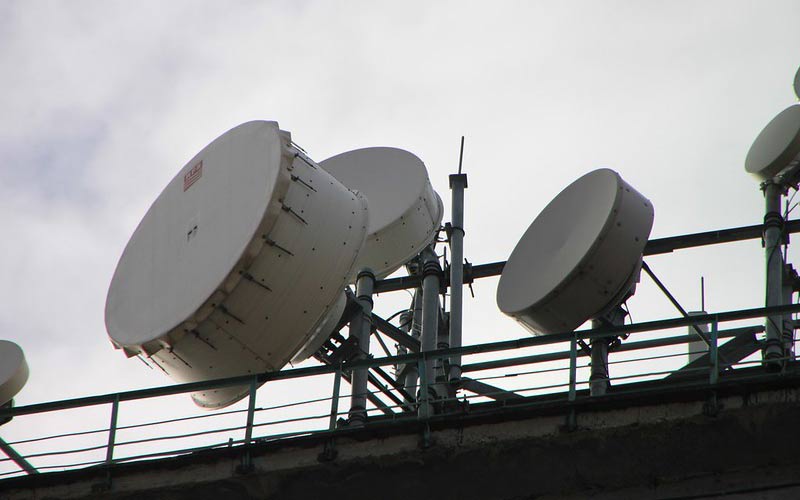 Performance by quarter in 2020

In the second quarter of 2020 as a whole, Spain's number one telecoms company, Telefónica, recorded a net profit of 425 million euros. In the first six months of this year, the company's net result reached 831 million euros, due to the impact of the health crisis.

In the third quarter of 2020, the Telefónica Group suffered the adverse effects of the coronavirus pandemic. Over the entire period, the Spanish telecommunications giant posted a net loss of 160 million euros. This was due in particular to the consequences of the health crisis and unfavourable exchange rates.

In the first nine months of 2020, the Spanish company made a net profit of 671 million euros. In addition, during the fourth quarter of 2020, the company experienced a gradual improvement in its commercial and operational activity. This enabled it to achieve a turnover of 10.909 billion euros in the last three months of this year.

Group activity down in fiscal year 2020

The Covid-19 health crisis affected the Telefónica Group's activity in 2020. In the twelve months of this year as a whole, its turnover reached 43.076 billion euros. It fell by 11% compared to its level in the previous year. On an organic basis, sales were down by 3.3% year-on-year.

In the group's four largest markets, turnover fell by 2.4% year-on-year. Furthermore, this decline in annual turnover was mainly due to the impact of the coronavirus pandemic. This epidemic led to a decrease in mobile phone sales.

It also caused a decline in subscriptions and roaming charges. One of the company's great satisfactions in the 2020 financial year was the increase in its net profit. 1.6 billion, up 38.5% on the previous year.

In the 2020 financial year, net profit (excluding restructuring costs, capital gains and other impacts) reached 3.09 billion euros. It fell by 14% year-on-year. In addition, the Spanish telecoms group managed to improve its financial position in FY2020. Its net financial debt has been reduced. It stood at €2.516 billion on 31 December 2020.

Telefónica's dividend and market capitalisation in 2020

Given the fall in annual net profit, due to the Covid-19 pandemic, the Spanish telecoms group, Telefónica has decided to reduce its dividend for the 2020 financial year. Thus, the company's Board of Directors has proposed (at the General Meeting of Shareholders) the payment of a coupon of 0.30 euro per share, compared to 0.40 euro per share in 2019.

Telefónica shares are also listed on the Paris, Tokyo, New York, London and Frankfurt stock exchanges. It is also included in the Eurostoxx 50 stock market index. In 2020, the group had a market capitalisation of over 20 billion euros.

The French group Orange is one of the competitors of the Spanish operator Telefónica in the telecommunications market. It is also present in Spain and has over 260 million customers worldwide. Unlike the Spanish company, the French company has seen its business grow in 2020.

This is illustrated by its turnover, which increased over the year to 42.3 billion euros. At the same time, Telefónica's fell year-on-year. In terms of net profit, both telecoms giants recorded an increase over the year 2020.

However, the net profit of the Orange group (5.055 billion euros) exceeded that of its Spanish rival (1.6 billion euros). On the other hand, the dividend (0.50 euros per share) paid by the French company for the 2020 financial year is higher than that received by the shareholders of the Spanish telecom operator Telefónica.

About the Telefónica Group

The company offers fixed and mobile telecommunications services. Its services are also oriented towards the production and distribution of media content. The group is present in Europe, particularly in Spain, where it generates most of its turnover.

The telecom operator also operates in Germany and the United Kingdom. It also has a strong international presence. It operates in Latin America. The company has more than 120,000 employees worldwide.

Trade the Telefónica share!
77% of retail CFD accounts lose money. You should consider whether you can afford to take the high risk of losing your money. This is an advert for trading CFDs on Plus500