In January 2021, the Stellantis Group was created by the merger of the two car manufacturers "FCA and PSA". This merger of the two companies created the world's fourth largest automotive group. In addition, for the last time, the two companies announced their annual results for the financial year 2020 separately. Here are the main points to remember about their performance in the first year of the merger.

Trade the Stellantis share!
79% of retail CFD accounts lose money. You should consider whether you can afford to take the high risk of losing your money. This is an advert for trading CFDs on eToro 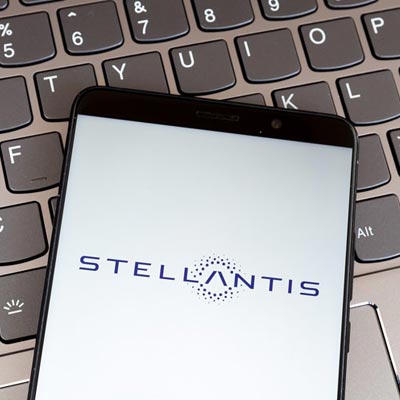 Stellantis' 2020 revenue is the combined revenue of the FCA and PSA groups for that year. By adding the performance of these two companies, the number of vehicles sold by the new Stellantis group (worldwide in 2020) reaches 5.95 million.

As a result, its turnover for the whole of the 2020 financial year amounts to 134.4 billion euros. 7.1 billion for the year.

In its first year of operation, Stellantis (the merger of PSA and Fiat-Chrysler) achieved a turnover of 152 billion euros in the market. This marks an increase of 14% compared to the combined turnover of the two groups in 2020. This is an interesting performance despite the period of crisis in semiconductors.

The largest part of this turnover comes from the spare parts sector. Stellantis in its growth policy has taken over UAP. This 4th largest spare parts distributor in terms of turnover contributed 53.5% to the 2021 performance. In terms of sales, Stellantis recorded over 100,000 vehicles in 2021.

The operating margin forecast was exceeded. It is 11.8% compared to 10% initially forecast. To achieve these figures, Stellantis relied on a synergy of actions. One of these is the increase in the sale price of vehicles.

For the financial year 2021, Stellantis' net profit is 13.4 billion euros. This is almost three times the combined results of the two groups in 2020. As for production, it is down at Stellantis. The drop is 1.6 million vehicles compared to forecasts. This is justified by the difficulties in supplying electronic chips.

Performance of financial indicators in 2021

Stellantis' main market is Europe. The group has marketed hybrid and electric cars to this target. Sales volumes have fallen, but Stellantis has been able to achieve a 5% increase in turnover from this niche. The Peugeot brand, and in particular the small Peugeot 208, set the record for sales in Europe in 2021. At the end of the last quarter of 2021, Stellantis is the market leader in the EU30. Its commercial vehicle sales represent a market share of 33.7%.

North America is another destination targeted by Stellantis in its 2021 financial year. Demand for Jeep SUVs and Ram pickups has been quite strong in 2021. However, Stellantis' supply was limited. The group was still able to build up a margin over the 12-month period under review.

With a market share of 22.9%, Stellantis also emerged as the market leader in South America for the sale of its vehicles. Commercial vehicles account for 30.9% of this market share.

In Latin America, Fiat is the leader in terms of sales recorded by Stellantis this year. The brand is preparing its electric transition. This is announced for 2027 in Europe. Maserati has also generated significant revenues for the Stellantis group in 2021. For 2022, a relaunch of Alfa Romeo is announced. Specifically, its first hybrid, a new SUV, will be promoted.

With the net cash flow synergies, Stellantis was able to generate an industrial free cash flow of EUR 6.1 billion. Strong synergies are realised in 2021 with almost EUR 3.2 billion of net cash. The industrial cash availability for 2021 is €62.7 billion.

In the Chinese market, it was the sale of spare parts that contributed most to Stellantis' turnover. In the last quarter of 2021, sales of spare parts increased by 30%. Dongfeng Peugeot Citroën Automobile Co. Ltd (DPCA) sold more than 100,000 units in China during the period.

For 2021, there were no sales recorded in India and Asia Pacific. However, Stellantis has plans to target these markets. The group plans to launch the new Citroën C3. The car is developed and produced in India.

Dividend and market capitalisation of Stellantis

In addition, Stellantis shares are listed on the Paris and Milan stock exchanges, and also on the New York Stock Exchange. In 2021, its market capitalisation is estimated to be around EUR 42 billion. The number of shares is then 3,134,818,212.