Like several other companies, the Belgian chemicals group Solvay has had a difficult year in 2020. The company's results for last year's financial year are down sharply. However, the group is adopting a new restructuring plan that should enable it to grow its business in 2021. It is also considering further job cuts.

Trade the Solvay share!
77% of retail CFD accounts lose money. You should consider whether you can afford to take the high risk of losing your money. This is an advert for trading CFDs on Plus500 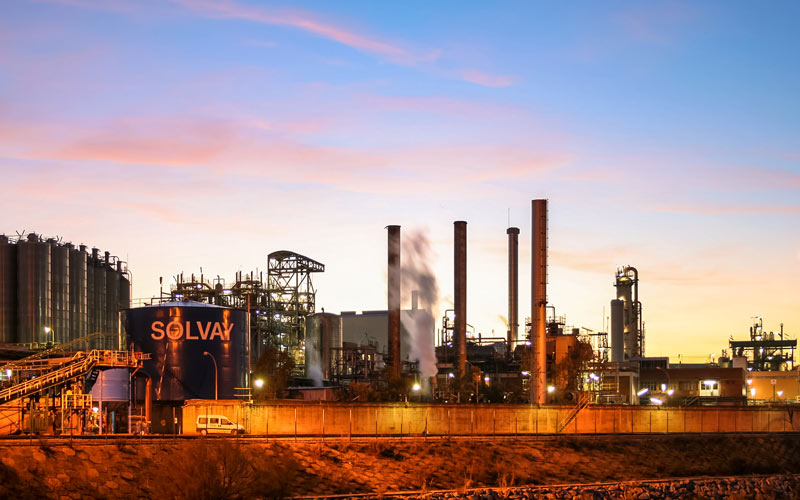 Review of Solvay's activities for the year 2020

Solvay's fiscal year for 2020 was markedly down. The Belgian chemicals group recorded a decline in its results last year. The company's net income thus amounted to EUR 618 million. The fourth quarter alone generated EUR 96 million of this amount.

This sales figure shows a decline of 12.5%. In organic terms, the drop is set at 10.5%. Despite the difficulties encountered last year, the Solvay group achieved a great improvement in Free Cash Flow, recording a record amount estimated at EUR 963 million. Part of this amount (around EUR 260 million) is related to non-recurring items.

They reflect the restrictive measures put in place to combat the health crisis. These items also include the sound management of capital expenditure and working capital.

Further job cuts are on the horizon

Faced with last year's difficult financial year, the Belgian group, whose products range from basic chemicals to soda ash and special polymers, set up a strategic plan last January. In this way, the company has started a new chapter in its transformation. The aim of the latter is to align the company's structure with its G.R.O.W. strategy.

Indeed, the implementation of this plan will involve further job cuts. The Belgian group aims at a net reduction of 500 positions by the end of 2022. As a result, it expects to make additional savings estimated at 75 million euros. As a reminder, the company has a workforce of 23,000 employees in 64 countries.

By 2020, Solvay had cut 570 jobs, notably in the United Kingdom and the United States. This follows the closure of two composite materials plants. At the time, this action had saved the group nearly EUR 60 million.

The restructuring plan drawn up by Solvay defines the Belgian group's objectives for 2021. Thus, in the first quarter of this year, the company expects to reach an Ebitda of between EUR 520 and 550 million. As for Free Cash Flow, it would be between EUR 600 million and EUR 650 million for the entire year 2021.

In addition, for the new year, the company is targeting additional structural cost savings estimated at €150 million. This performance should enable Solvay to compensate for the effects of inflation in fixed costs. The latter should amount to around EUR 75 million. It will also influence the cumulative cost reductions. They should amount to EUR 325 million over the period 2020-2021.

Trade the Solvay share!
77% of retail CFD accounts lose money. You should consider whether you can afford to take the high risk of losing your money. This is an advert for trading CFDs on Plus500