Founded in 1864 and based in Paris, Société Générale is one of the oldest French banks. For over 150 years, the group has remained a major player in the real economy with a strong presence in Europe and the rest of the world. The company has more than 138,000 employees in 62 countries worldwide. In 2020, the bank was not spared the adverse effects of the Covid-19 health crisis. It recorded its first annual loss for at least thirty years.

Trade the Societe Generale share!
77% of retail CFD accounts lose money. You should consider whether you can afford to take the high risk of losing your money. This is an advert for trading CFDs on Plus500 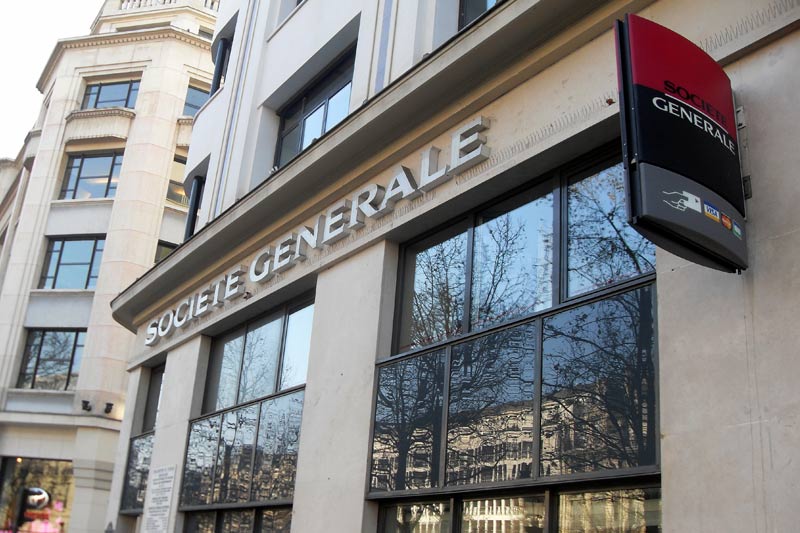 Details of net banking income for the year 2020

In the fourth quarter of 2020, Societe Generale saw its net banking income (NBI), the equivalent of revenue, fall by 6% to €5.84 billion. Over the twelve months of this year, annual NBI reached EUR 22.1 billion. 22.1 billion, a decrease of 10.4% compared to the previous year.

The first part of this year was marked by the impact of the pandemic and the dislocation of the banking businesses. In contrast, all three of the group's business lines showed a marked improvement in the second half of the year. This, in a still uncertain context imposed by the coronavirus health crisis.

In detail, net banking income (excluding the PEL/CEL provision) of the French retail banking business grew by 2% in H2/2020 compared to the previous half-year. For the year as a whole, it was down 6.1% on the previous year.

Cost of risk under control

Between October and December 2020, the net cost of risk (corresponding to allocations to and reversals of provisions on all banking credit, counterparty and operational risks) stood at 689 million euros. In the third quarter of 2020, it was 518 million euros. In Q4-2019, it had reached 371 million euros.

For the whole of 2020, the net cost of risk amounted to 3.306 billion euros. It more than doubled compared to 2019 (€1.278 billion). It represents 64 basis points or 0.64% of outstanding loans. This increase is due in particular to the increase in provisions for healthy loans.

These provisions are estimated at a total amount of 1.37 billion euros. 1.01 billion relating to the review of macroeconomic scenarios.

Financial position at the end of 2020

Societe Generale's Annual General Meeting of Shareholders was held on 18 May 2021. At this meeting, the bank's Board of Directors proposed the distribution of a dividend of €0.55 per share in cash for the 2020 financial year. It was paid on 27 May 2021.

In addition, Societe Generale reports a strong presence in the financial markets. It is one of the most popular stocks for investors or traders on the stock exchanges. The company is listed on the Paris stock exchange. It is also included in the French CAC 40 stock market index. As of October 2021, its market capitalisation is estimated at EUR 24.05 billion.

Trade the Societe Generale share!
77% of retail CFD accounts lose money. You should consider whether you can afford to take the high risk of losing your money. This is an advert for trading CFDs on Plus500