Founded in 1847 and headquartered in Munich, Germany, Siemens is an international high-tech company of German origin. It operates in the energy, health, industry and construction sectors. The group is recognised as the country's largest private employer. Here are the main points to remember about the company's results for the financial year 2020/21.

Trade Siemens shares!
77% of retail CFD accounts lose money. You should consider whether you can afford to take the high risk of losing your money. This is an advert for trading CFDs on Plus500 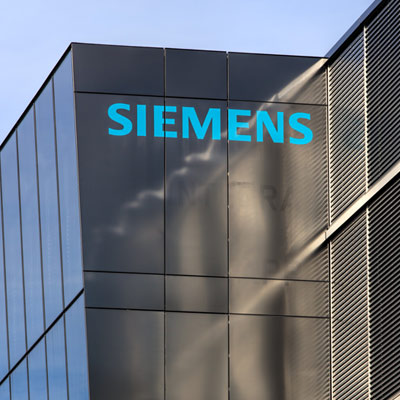 The Siemens Group's results showed strong growth in the first quarter of the off-year 2020/21. They even exceeded all expectations. Its business benefited from better conditions, in particular, after a difficult year marked by the Covid-19 pandemic.

In the period from October to December 2020, the German conglomerate made a net profit of 1.5 billion euros. 1.5 billion. This was 38% higher than in the same period last year. This result also exceeded the market's expectations. The market expected 994 million euros for the quarter.

At the same time, the Ebita of the "smart infrastructure" industrial automation business rose by 39% to 391 million euros. In contrast, the Mobility business continued to be impacted by the coronavirus health crisis. As a result, its Ebita stagnated year-on-year to 219 million euros.

The Siemens Group's business continued to grow in the second quarter of 2020/21. This is illustrated in particular by the increase in sales to €14.7 billion from €13.8 billion a year earlier. The other great satisfaction of this period is the strong growth in net profit.

The latter tripled compared to its level in Q2-2019/20. It reached €2.4 billion, compared to €697 million a year earlier. This result far exceeded the market's expectations of €1.3 billion. For the quarter, the German manufacturer posted an adjusted operating profit (EBITA) of €2.088 billion, up 31% year-on-year.

In the third quarter of fiscal year 2020/21, Siemens benefited from the global economic recovery. Another factor that contributed to the growth of the Group's business during this period was the containment of chip shortages. There was good momentum in all areas of the company's business.

In the fourth quarter of 2020/21, the Siemens Group's business was conducted in a difficult environment marked by supply problems for electronic components. This situation had an impact on the entire industrial sector. This had an impact on the company's quarterly results.

In the period from July to September 2021, the German conglomerate posted a net profit of €1.3 billion, down 29% compared to the last quarter of 2019/20. This downward trend was also noted in its adjusted operating profit (EBITA). It fell by 14% to €2.3 billion in the quarter under review.

In contrast, the group's turnover jumped in the last three months of the financial year 2020/21. 19.07 billion, an increase of 26% year-on-year. The digital industries division saw its revenues increase by 31% to EUR 5.2 billion.

Turnover in the industrial automation business ("smart infrastructure") rose by 11% in the quarter. However, Ebita fell by 14%. On the other hand, the Mobility business posted strong growth of 33% in Q4-2020/21.

About Siemens' dividend and market capitalisation

The Siemens Group is one of the companies in the industrial sector that pays a coupon to its shareholders. Based on the good performance in the entire fiscal year 2020/21, the company has decided to increase the annual dividend. The dividend will increase from €3.5 per share to €4 per share.

Siemens is also one of the most popular stocks on the German stock market. The company is listed on the Frankfurt Stock Exchange. Given the international nature of its activities, it is also listed in the United States on the NYSE. As of November 2021, its market capitalisation is estimated to be over EUR 100 billion.

Trade Siemens shares!
77% of retail CFD accounts lose money. You should consider whether you can afford to take the high risk of losing your money. This is an advert for trading CFDs on Plus500