Founded in 1969 and headquartered in Seoul, South Korea, Samsung is a company active in the electronics sector. Its main business is the manufacture and distribution of electronic products. For the year 2021, the group has performed well. Also, its financial performance has been strong for the first three quarters of the 2022 financial year. Here are the key points to remember about the company's results.

Trade Samsung shares!
79% of retail CFD accounts lose money. You should consider whether you can afford to take the high risk of losing your money. This is an advert for trading CFDs on eToro 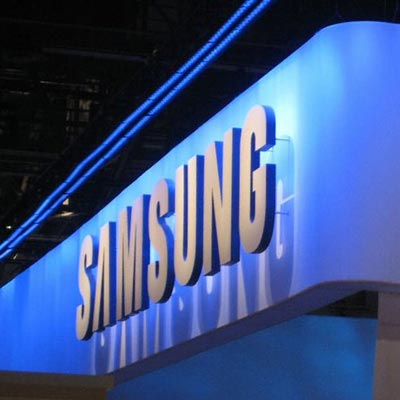 Samsung's results improved in the second quarter of 2021. The company recorded another consecutive quarter of sales and profit growth. For the period as a whole, the South Korean tech giant posted sales of 63.67 trillion won ($55.2 billion).

It reported year-on-year growth of 20.2%. Between April and June 2021, the group's operating profit was $10.8 billion, up 54.3% from the same time last year. The strong results for the quarter were driven by a strong performance from the semiconductor business.

The Samsung Group continued its growth momentum in the third quarter of 2021. Results for the quarter were strong. For the period as a whole, the company's revenue was 73.98 trillion won (approximately $63 billion).

This is an increase of 10.4% compared to the same period last year. Between July and September 2021, the electronics giant recorded an operating profit of 15.82 trillion won (about $13 billion), up 26% from the previous third.

Indeed, the good results of this quarter were driven by the good dynamics of the semiconductor business. It generated revenues estimated at around $8.5 billion. Its operating profit increased by 82% in the quarter.

In the fourth quarter of 2021, the Korean group performed well, driven by increased demand for semiconductors and displays.

Better still, the results for this period were the best in its history. In Q4-2021, smartphone sales grew, driven by the recovery of the global economy and strong demand at the end of the year. 57 billion was achieved in this period. This is the highest turnover in the history of the group in one quarter. 10.3 billion for the fourth quarter of 2021. This is equivalent to an estimated revenue growth of 24% compared to the same period last year.

This quarter, revenues from the smartphones, TVs and appliances division were very encouraging. Semiconductors brought in 19 billion euros in revenue for the group in the last quarter of 2021. This is equivalent to an increase of 52% compared to the previous year.

Group business review in the first quarter of 2022

In the first quarter of 2022, the Samsung Group's business grew by leaps and bounds. This is illustrated by the results revealed by the company for this period. Between January and March, the South Korean technology giant achieved a consolidated turnover of 58.13 billion euros (77,780 billion won).

This is an increase of 19% compared to the same period last year. This is the third consecutive quarter in which the figures are up for the Korean giant. In Q1-2022, sales of smartphones, TVs and other home products increased significantly. However, geopolitical uncertainties and the economic context seem to be disrupting the group's activities somewhat. However, progress is also announced beyond this quarter.

The technology group posted an operating profit of 10.55 billion euros (14,120 billion won) in the first three months of fiscal 2022. This is up 51% from a year ago. In fact, all the company's divisions are up significantly. However, it has to be acknowledged that there are some difficulties in the supply chains.

About Samsung's dividend and market capitalisation

For the fiscal year 2021, the group has decided to pay a special dividend to its shareholders. Prior to 2020, the company did not pay a dividend to its employees. Its first payment was estimated at 13.12 trillion won (or 9.69 billion euros). This corresponds to 1932 won per share (1.43 euro per share). Also, the company pointed out that this amount includes a special dividend of 1578 won per share. As for the yield, the dividend yields a rather attractive 4.60%. For the year 2022, there is no dividend announced by the group.

On the other hand, Samsung has a remarkable presence on the financial markets. It is listed on the Korean Stock Exchange. At the end of December 2021, its market capitalisation is estimated at $427 billion (KRW 507,021 billion).