The Saint-Gobain Group is one of the world's leading manufacturers and distributors of building materials. These are used in the construction, mobility, industry and health sectors. The company operates in 72 countries and employs over 167,000 people worldwide. Here are the key points to remember about its annual results for the financial year 2020.

Trade Saint-Gobain shares!
77% of retail CFD accounts lose money. You should consider whether you can afford to take the high risk of losing your money. This is an advert for trading CFDs on Plus500 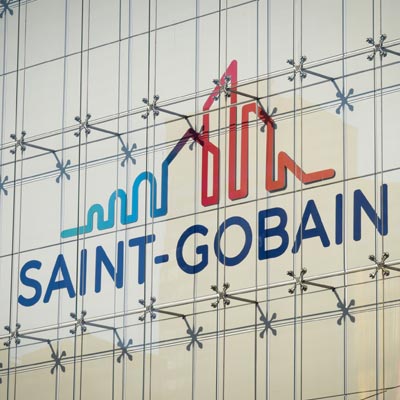 In April, the company saw a drop in sales, with a level of activity of 60% compared to the previous year. From June onwards, sales gradually rebounded with a return to normal in most countries. In H2-2020, volumes increased by 3.4%.

For the year as a whole, volumes fell by 4.7%. However, a good dynamic continued to be observed at the level of prices with a growth of 0.9%.

The High Performance Solutions (HPS) segment showed an improvement in the financial year 2020. In the second half of the year, its sales decreased by 1.9%. In the last quarter alone, it grew by 0.8%. For the year as a whole, the division's turnover fell by 10.1%.

In H2-2020, Mobility revenues were flat. In the fourth quarter, it grew on an easier comparison basis. However, for the year as a whole, revenues were down sharply. This is due in particular to the 17% drop in volumes recorded in the second quarter.

In the second half of the year, sales in Europe were down. In contrast, sales to China and the Americas grew strongly. In addition, the Mobility business continued to drive the automotive market throughout the year. The market was particularly exposed to products for electric cars.

Industry revenues were down in the second half of 2020. However, it improved compared to the first half. The consumables business showed a gradual rebound (particularly in the DIY markets). They regained good momentum in emerging countries.

For their part, the activities serving the construction industry showed good resistance throughout 2020. Their turnover remained almost stable. They also recorded slight gains in market share. The second half of the year was marked by a recovery, particularly in external thermal insulation solutions.

The fourth quarter was prolific with double-digit growth. In addition, for the full year 2020, the Life Sciences segment continued its growth momentum in the medical and pharmaceutical sectors.

For the full twelve months of 2020, Saint-Gobain recorded operating income of €2,855 million, compared with €3,390 million in the previous year. It therefore fell by 15.8% (at actual exchange rates) over the year. On a like-for-like basis, the result was down by 12.3%.

In addition, the group's net debt was significantly reduced. 7.2 billion at 31 December 2020, compared to

The Saint-Gobain group is also one of the companies that pays a coupon to its shareholders. At the Annual General Meeting held on 3 June 2021, the Board of Directors of the company proposed the payment of a cash dividend of 1.33 euros per share for the financial year 2020. 1.33 per share in respect of the 2020 financial year. The dividend was paid on June 9, 2021.

Saint-Gobain is also active in the equity markets. The company is listed on the Paris stock exchange. It is also a component of the French CAC 40 stock market index. In November 2021, its market capitalisation is estimated at more than 30 billion euros.

Trade Saint-Gobain shares!
77% of retail CFD accounts lose money. You should consider whether you can afford to take the high risk of losing your money. This is an advert for trading CFDs on Plus500