Founded in 2005 and based in Paris, Safran is a major French industrial and technological company. It has a strong international presence, particularly in the aerospace and defence sectors. In 2020, the company was not spared the difficulties that affected the entire aeronautical sector due to the coronavirus pandemic. This logically affected its financial performance. Here are the main points to remember about the group's results for the year as a whole and for the first three quarters of the 2021 financial year.

Trade the Safran share!
79% of retail CFD accounts lose money. You should consider whether you can afford to take the high risk of losing your money. This is an advert for trading CFDs on eToro 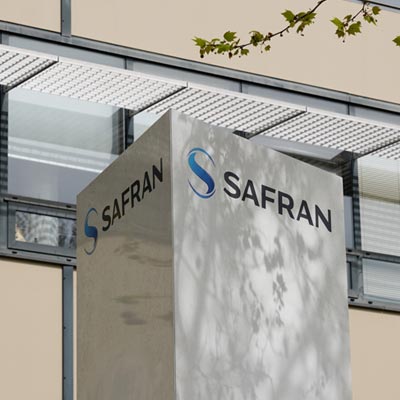 For the full twelve months of fiscal year 2020, Safran reported revenues of €16,498 million. It reported a decline of 33.0% (or €8,142 million) compared to the previous year. On an organic basis, the decline was 32.5%. This underperformance illustrates the decline in business activity in all divisions of the company.

This reduction in debt was driven by free cash flow generation. It was also helped by the fact that no dividend will be paid in 2020 for the 2019 financial year.

Results for the first half of 2021

In the first half of 2021, Safran's business continued to be impacted by the Covid-19 pandemic. This logically affected its financial performance during this period. For the first six months of this year as a whole, the group generated adjusted revenues of €6.876 billion. 6.876 billion. This is a year-on-year decline of 21.6% on a reported basis.

On an organic basis, the decline was 29.3%. The decline was due to lower volumes. This was despite savings from the adaptation plan. The current operating margin stood at 9.6% of sales, compared to 10.8% at the same time last year.

In the first half of 2021, the aerospace equipment supplier posted free cash flow generation of €701 million, compared with €901 million in H1-2020.

In the third quarter of 2021, the Safran group benefited from the reopening of borders and the recovery in air traffic during the summer to improve its financial performance. Over this period, the company's sales amounted to €3.734 billion, up 10.4% compared to Q3 2021.

About Safran's dividend and market capitalisation

The Safran group is one of the companies that pays a coupon to its shareholders. The shareholders held their General Meeting on 26 May 2021. At this meeting, the Board of Directors proposed to pay a dividend of 0.43 euros per share for the year 2020.

In addition, Safran has a strong presence in the financial markets. Safran is one of the most popular shares among investors. The company is listed on the Paris Stock Exchange's Euronext market. It is also included in the French CAC 40 index. At the end of December 2021, its market capitalisation is estimated at more than 40 billion euros.