Created in 1984, Ryanair is an Irish airline company which provides the movement of people and goods between several countries. With nearly 225 international destinations, the company is headquartered in Swords, Ireland. The airports of Dublin, London-Stansted and Charleroi Brussels-South are among Ryanair's bases. It had an estimated turnover of €7 151 billion for 2017 and €8 494 billion for 2019.

Trade RyanAir shares!
67% of retail investor accounts lose money when trading CFDs with this provider. You should consider whether you understand how CFDs work, and whether you can afford to take the high risk of losing your money. This is an advert for trading CFDs on eToro 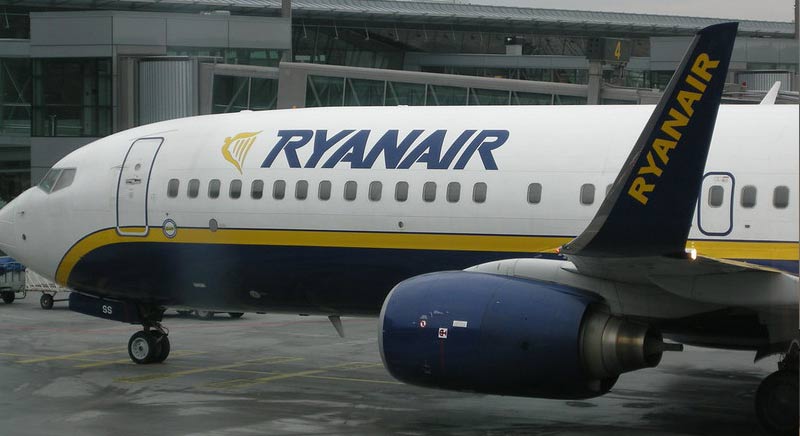 The air transport sector is one of the sectors most affected by the Covid-19 pandemic. Which Ryanair does not spare. You only have to look at its figures for the first quarter of 2020 to understand.

With containment and travel restrictions, its air traffic has remained almost stable. The group announced a huge loss of 185 million euros for the first quarter result.

In terms of passenger numbers, the air carrier Ryanair is ranked as the leading airline in the whole of Europe. It carries a significant number of passengers, 139.2 million in 2018, at an affordable price. However, the decline in revenues observed at the end of the first quarter remains a rather peculiar situation.

Indeed, 99% of Ryanair's fleet has been grounded since the coronavirus spread. Forced to comply with protective measures, the number of passengers requesting its services has fallen considerably. The air carrier's traffic is now divided by 100 to 0.5 million passengers carried. In this context, its quarterly revenues plunged 95% to 185 million euros after the first quarter's accounting.

The effect of this sanitary crisis also caused a drop of 8% in the first exchanges of the company Ryanair in London. In contrast to a positive return of 243 million euros last year, the group shows a net loss of 185 million euros in the first quarter of this year.

The gradual resumption of activities with new perspectives

For the second quarter of 2020 and throughout the 2020-2021 fiscal year, Ryanair expects to make better returns. With its expertise in the field, it plans to carry approximately 60 million passengers. Achieving this objective will enable it to avoid incurring a sizeable loss like that of the previous quarter. This time, the low-cost carrier will only have a 60% reduction.

Since 1 July, Ryanair's flights have gradually resumed service. This resumption is taking place at a time marked in particular by departures on holiday. This must have been a period of intense activity for the company. Unfortunately, demand has not yet recovered well.

In addition, the company expresses its desire to adopt a restructuring project in order to better cope with the effects of the pandemic. With recent low demand, this restructuring would consist of reducing its workforce by 15%. That is to say the elimination of nearly 3 000 jobs. As a result, Ryanair would be relieved in part in its wage costs. In Belgium, for example, this redundancy will affect more than 80 people.