The health crisis linked to the coronavirus pandemic continues to rage in several countries around the world. It is affecting the smooth running of economic activity in several companies. Many airlines such as Ryanair have succumbed to this crisis. Thus, the group has suffered a record annual loss for the whole of its financial year 2020/21.

Trade RyanAir shares!
67% of retail investor accounts lose money when trading CFDs with this provider. You should consider whether you understand how CFDs work, and whether you can afford to take the high risk of losing your money. This is an advert for trading CFDs on eToro 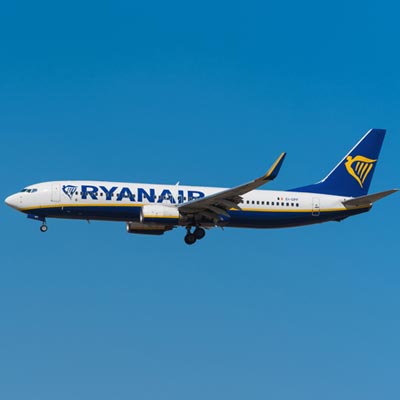 Europe's leading low-cost airline, Ryanair has just had its most difficult year since its existence. For its 2020/21 financial year (ending March), the group posted a record annual loss of €815 million (excluding exceptional items), compared to a profit of more than €1 billion a year earlier.

Taking into account exceptional items and losses on fuel hedging positions, the company's annual loss amounts to 1 billion euros. In addition, the Irish airline saw its turnover fall over the period by one year. The Irish airline's turnover fell by 81% to €1.64 billion for the year as a whole.

Indeed, this big loss suffered by Ryanair for the past year is mainly due to the Covid-19 health crisis. The latter has strongly affected the group's activity during the year 2020/21.

Air traffic downturn and job cuts due to pandemic

The coronavirus epidemic has led to a drop in air traffic. Flight bans or restrictions in several countries have had a significant impact on the aviation sector since the beginning of the pandemic.

As a result, Ryanair saw its passenger numbers fall significantly in the 2020/21 financial year. The number of passengers carried fell from 149 million last year to 27.5 million in the year to the end of March 2021.

In addition, faced with the difficulties of the health crisis, the low-cost carrier had to take measures to reduce its costs. As a result, the company has cut around 3,000 jobs. This corresponds to a rate of 15 % of its total workforce.

In addition to Ryanair, other airlines have also been affected by the economic crisis caused by the epidemic. This is particularly true of the German airline Germanwings, the Spanish group Level and the British airline Flybe.

About the forecasts for the next financial year

The Irish group Ryanair says it is seeing promising signs of economic recovery. With this in mind, it has once again confirmed its targets for the 2021/22 financial year. For this fiscal year, the company expects passenger numbers to rise to the low 80s of a million to 120 million.

In the April to June period, the airline expects to carry between 5 million and 6 million passengers. On the other hand, it felt that it is not appropriate to make a profit forecast for the full year 2021/22. However, being cautious, the group is aiming for approximately a break-even result for the new financial year.

This is conditional on the successful continuation of the vaccination roll-out in the European Union.