Founded in 1890, Shell is a Dutch company active in the production and distribution of oil and natural gas. In 2020, the group was heavily impacted by the Covid-19 pandemic. The health crisis led to a long period of low oil and gas consumption. As a result, the company incurred huge losses for the year as a whole.

Trade in Royal Dutch Shell shares!
77% of retail CFD accounts lose money. You should consider whether you can afford to take the high risk of losing your money. This is an advert for trading CFDs on Plus500 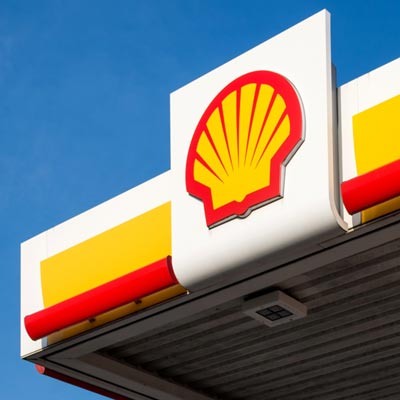 Impact of the pandemic on the oil sector in 2020

The year 2020 was marked by the Covid-19 health crisis. This crisis has disrupted business in several sectors worldwide. The oil and gas sector has not been spared this reality. Indeed, the pandemic caused a fall in prices and massive depreciations.

During the initial containment in the spring, oil prices fell sharply. They fell to the lowest levels ever recorded. In early April, they even went into negative territory for a short period.

From the autumn onwards, the situation improved slightly. Oil prices recovered. They rose back up towards 50 dollars. However, they could not reach their level at the beginning of 2020.

In addition, the coronavirus epidemic had a major impact on the oil market in 2020. The major players in the sector had no choice but to conform to the realities of the moment. Thus, they have been forced to adapt to low prices, causing a downward revision of their asset values.

Back in the green in the third quarter of 2020

Despite the continued impact of the Covid-19 pandemic on the oil sector, the Shell Group reported better-than-expected results in the third quarter of 2020. After posting a loss (of over $18 billion) in Q2, the oil company saw its accounts return to the black at the end of Q3-2020.

For the period as a whole, the company posted a net profit of $489 million, compared with $5.9 billion at the same time a year earlier. During this quarter, the oil group benefited from the positive trend in crude oil prices. However, these prices remained well below those of the previous year.

On the other hand, the oil market recorded a rebound in prices from March 2020. Despite this, it remained depressed due to low oil demand. This is due to the economic impact of the pandemic. At the same time, supply has been so abundant that OPEC countries and its partners have opted to cut production to support prices.

In the third quarter of 2020 as a whole, Shell Group saw its oil production fall by 14% year-on-year to 3.1 million barrels of oil equivalent per day. This figure reflects the weak demand for black gold over this period.

During the fourth quarter of 2020, the Royal Dutch Shell Group saw its business decline due to weak demand for oil and liquefied natural gas. It was also affected by lower production and refining margins. This situation penalized the entire oil sector during the last three months of this year.

In this difficult context, the hydrocarbon giant was forced to limit its production. This has logically affected its results for Q4-2020. Indeed, over the whole of this quarter, the Anglo-Dutch oil company suffered a net loss of 4.01 billion dollars.

A year earlier, in the same period, the company had made a profit of 965 million dollars. In the last quarter of the 2020 financial year, the company recorded an adjusted net profit (an industry benchmark) of $393 million, compared with $955 million in Q4-2019. This is down 87% year-on-year.

The market was expecting adjusted net income of $597 million in the quarter.

For the twelve months of fiscal year 2020, the Shell Group posted an adjusted profit of $4.8 billion. This was 71% lower than the previous year. It also reached its lowest level since the year 2000. One of the reasons for this sharp decline was the fall in energy consumption due to the Covid-19 pandemic.

For the whole of 2020, the oil company posted a net loss of 21.7 billion dollars. This was mainly due to the fall in prices and massive depreciation due to the impact of the coronavirus epidemic. As a reminder, a year earlier, the group had recorded a net profit of 15.8 billion dollars.

About the measures taken by the group

Faced with the difficult situation in the oil market at the time, the Shell Group was forced to adopt strong measures. The Anglo-Dutch company had to carry out a major restructuring. This will enable the company to adapt to lower prices.

In addition, this plan should help the company to realise its ambition of 'greening' its activities and achieving carbon neutrality by 2050. In addition, the group is particularly focused on drastically reducing its costs. To achieve this, it will have to cut 7,000 to 9,000 jobs by 2022.

On the other hand, the oil and gas giant has suspended its major share buyback programme. In an announcement made at the end of March 2020, the oil group had expressed its intention to reduce its capital expenditure to $20 billion, a reduction of $5 billion.

Shell's dividend and market capitalisation in 2020

The Shell Group has paid dividends to shareholders without interruption for 16 years. Here are the details of the dividends distributed in 2020 with the ex-dividend dates.

In addition, the Shell share is listed on both the Euronext Amsterdam market and the LSE. It also integrates the calculation of the AMX and FTSE 100 indices. In 2020, its market capitalisation was estimated at EUR 136,231 billion.

Trade in Royal Dutch Shell shares!
77% of retail CFD accounts lose money. You should consider whether you can afford to take the high risk of losing your money. This is an advert for trading CFDs on Plus500