The oil and gas sector is one of the areas most affected by the Covid-19 health crisis in 2020. Like several other companies, the Spanish group Repsol has also suffered from the impact of the pandemic. This was clearly reflected in the company's performance during the year. Here are the main points to remember about the company's annual results.

Trade the Repsol share!
79% of retail CFD accounts lose money. You should consider whether you can afford to take the high risk of losing your money. This is an advert for trading CFDs on eToro 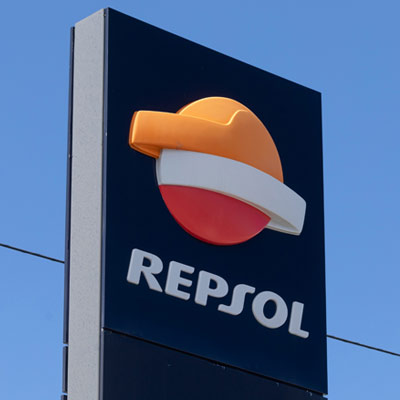 Q1-2020 results ahead of expectations

During the first quarter of 2020, the Repsol Group's business was conducted in a difficult context marked by the Covid-19 pandemic. However, the oil company outperformed market estimates in its quarterly results. In particular, the impact of the health crisis caused a sharp drop in oil and gas prices.

The epidemic was also the cause of the remarkable drop in demand observed during the first three months of the year 2020. In the face of this crisis, the company has shown resilience by keeping its facilities active. It also played a major service role in this health situation.

However, it was higher than the market forecast, which was for an average of 328 million euros in the quarter under review. It should be noted that this indicator specifically measures the behaviour of the company's businesses. In Q1-2020, the average price of Brent crude oil fell by 21% compared to its level in Q1-2019. The WTI price was down 17% year-on-year.

In order to deal with the health crisis, the group had decided to reduce its planned investments for 2020. It was also planning to reduce its operating costs by more than €350 million. As of 31 March 2020, the company had a net debt of about EUR 4.5 billion.

In the second quarter of 2020, the coronavirus pandemic continued to penalise black gold and gas prices. It also led to a significant drop in production. As a result, the Repsol group suffered a net loss of 1.9 billion euros for the quarter as a whole.

For the first six months of 2020 as a whole, the loss amounted to approximately 2.5 billion euros. This was due in particular to a reduction in the value of exploration and production assets and inventories. In addition, the containment measures in force at the time led to a 48% drop in sales at service stations in Spain.

In the first half of 2020, the company's adjusted net profit was EUR 189 million. In Q2-2020, the company posted an adjusted net loss of 258 million euros. Furthermore, considering the scale of the health crisis, the oil company said it was now counting on a reduction of 450 million euros in its operating costs, compared with 350 million previously.

Also, the group had estimated that it would reduce its investments by a total of 1.1 billion euros. At the end of June, cash on hand was estimated at around €10 billion. During H1-2020, Repsol carried out bond issues that required almost 3 billion euros.

In Q3 2020, the oil market continued to be affected by the coronavirus health crisis. However, the Repsol group limited the effects of the pandemic by reducing its net loss compared to the previous quarter. 94 million in Q3-2020.

Adjusted net profit for the period as a whole, which is a true reflection of its business (as it does not take into account inventories), was positive at €7 million. In the first nine months of the 2020 financial year, the oil company made a net loss of around 2.6 billion euros.

In addition, the oil group decided to implement a 'resilience plan' to deal with the pandemic. It planned to cut operating costs by 500 million euros and to invest 1.2 billion euros. On the other hand, the company opted to diversify into renewable energy. 169 million in Q3-2020.

In addition, the company has made strong commitments to its ambition to reduce its greenhouse gas emissions to zero by 2050. The company had started the development of several photovoltaic and wind farm projects in Spain and Chile.

As in previous quarters, the fourth quarter of 2020 was also marked by lower energy prices due to the coronavirus epidemic. In the last three months of this year, the oil company Repsol posted a net loss of 711 million euros.

For the whole of 2020, it reached 3.29 billion euros. In addition to the fall in oil and gas prices, this annual loss is also explained by the fall in the value of industrial assets. These were mainly in the UK, North America, Trinidad and Tobago and Indonesia.

For the year 2020, the Spanish oil group recorded a positive adjusted net profit of €600 million. However, it was down by more than 70% compared to its level a year earlier. 195 million, down by more than 80% year-on-year.

195 million, down more than 80% year-on-year. In contrast, the Industry segment (including the refining business) saw its adjusted net profit fall by 67.5% in 2020.

Repsol's dividend and market capitalisation in 2020

For 21 years, the Repsol group has been distributing dividends to its shareholders. This has never been interrupted. For the 2020 financial year, the company's Board of Directors has decided to pay a dividend of 0.30 euros per share.

The company is also present on the financial markets. The Repsol share is listed on the Spanish Mercado Continuo market. In 2020 (as of December), the company's market capitalisation was estimated at 12.646 billion euros.