Since January 2021, the PSA group has merged with its competitor Fiat-Chrysler. The two companies have thus become a single entity, which has been named Stellantis, listed on the stock exchange and is a giant in the European car industry thanks to the pooling of the two companies' brands. 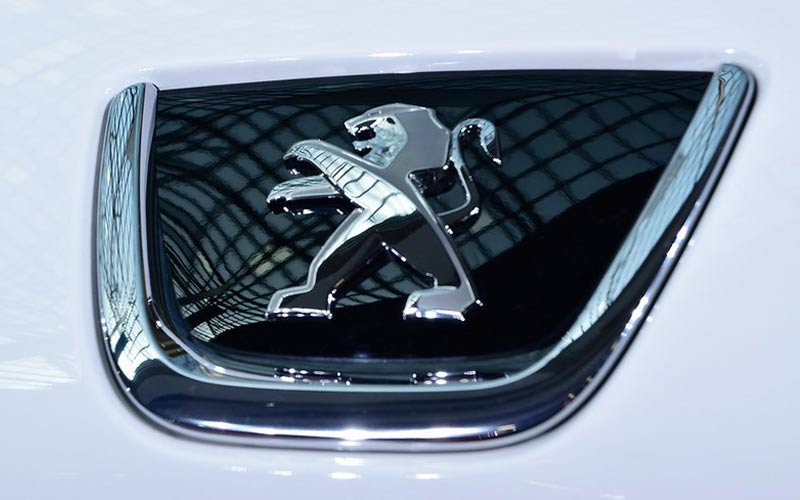 Following the merger between car manufacturers PSA and Fiat Chrysler, the new entity Stellantis took its first steps on the stock market on Monday with a promising start to the session.

Among the most interesting elements to follow regarding the Peugeot share, will be the partnerships that the group is likely to sign with other companies aiming to reduce its production costs or to develop new, more innovative vehicle models.

The group's investments in research and development are also important, particularly with regard to the development of more ecological or technological vehicles such as electric or autonomous vehicles.

Of course, the international positioning of the French group can be further improved so you should therefore carefully monitor operations aimed at increasing its presence in other countries and improving its positioning outside Europe. This particularly concerns emerging countries where demand for cars is booming.

You'll also have to keep an eye on the competition in this sector of activity, which is becoming stronger, by analysing all the important publications by these competitors.

Finally, the funding levels for the purchase of new vehicles by the banks and any funding by the State will have an influence on the sales of the group in the countries concerned.

The Peugeot share is a stock security issued by the PSA Company (Peugeot and Citroën) and listed on the European stock market, Euronext. This private sector company is of course a famous French car manufacturer who supplies the market with Peugeot and Citroën brand automobiles.

The Peugeot Citroën group is the result of the merger of two French car manufacturing giants and generates extremely high turnover. Its activity is distributed in various sectors including the sale of vehicles, as well as the sale of automotive parts and even financing services of its vehicle sales.

It's important to know that the group comes in second place in the ranking of European manufacturing companies, just after its German competitor Volkswagen. Although the headquarters of the group is located in France, it extends its activity around the world, mainly in Europe, but also in Latin America and even in Asia.

The major competitors of PSA

The PSA or Peugeot-Citroën group is positioned among the international leaders on the car manufacturers market. However, competition in this sector has been growing stronger in recent years. That's why it's important to know the company’s main competitors in order to be able to correctly analyse its share on the stock market and take a strategic position. So, here is the list of the main competitors of PSA (These companies are all listed on the Stock Market so it's easy to find information on them such as the publication of results or the various news likely to influence the competition in this field):

The major partners of PSA

The PSA group has always been able to reach out to companies likely to make it progress and gain market shares. Here are the main partners that you should get to know in order to assess the scope and possible influence on the price of its stock security:

the Santander banking group has partnered with PSA finance in order to take charge of the financing of Peugeot, Citroën and DS vehicles since 2014.

PSA has also set up a partnership with Ericsson and Orange in order to develop a 5G connected vehicle model. This partnership was established in 2017.

PSA is also Ford's partner in the design of diesel engines and extended this association in 2017.

Finally, the PSA Group and BNP Paribas recently announced a long-term strategic partnership in automobile financing, in connection with the joint acquisition of the financial activities of Opel / Vauxhall

In 2019, the PSA group began discussions with the Fiat group in order to set up a partnership aimed at sharing production investments for vehicles on the European market.

PSA has also recently set up a partnership with the Indian group Tata Motors aimed at producing and selling its vehicles on the Indian market.

The factors in favour of a rise in the PSA share price:

The PSA group's first asset is of course its position on the national and European market. Indeed, the company enjoys a leading position in the automobile manufacturing sector in France and is number two on the European market just after the German group Volkswagen. The Group also ranks seventh in the world in this sector, thanks in particular to its diversified ranges with the Peugeot and Citroën brands for the mid-range and DS for the top end, and to the diversification of its activities through its subsidiary Faurecia, which specialises in automotive equipment. The Group also offers financing services.

In recent years and after going through a period of major crisis, the Peugeot-Citroën group has managed to become more competitive at the industrial level. It has modernised its production sites with modular platforms, reduced the number of vehicle models and increased the utilisation of production capacity. Differentiating its three main brands with the DS premium brand now gives it a better marketing positioning in the various segments.

The PSA Group also benefits from an avant-garde strategy with regard to the current issue of energy savings, particularly with regard to its small vehicles, which places it at the forefront of innovations in this area of the future.

The positioning of the PSA group on different markets from a geographical point of view is also interesting. Indeed, the company retains a strong position in Europe where it still achieves more than 2/3 of its sales but is also very well positioned in China, a buoyant market par excellence and in South-East Asia where it now achieves nearly 19% of its sales. A fourth plant was built in this area in 2016 with the aim of building no less than 1.5 million vehicles by 2020.

The PSA Group's innovation capacities are also to be counted among its assets. Indeed, in France, PSA is today the first patent applicant, which ensures a strong positioning in the future.

As explained above, PSA is diversifying its activities with, in particular, corporate banking services. Its recent alliances with the Santander and Consumer Finance groups and companies in this sector enable it to further improve profitability in this area and expand its market to Spain, Brazil, Switzerland, the Netherlands and Italy.

We will also keep a close eye on the impact of the alliance that PSA has set up with the Bolloré group for the design of an electric car-sharing vehicle to be distributed by the Citroën subsidiary but developed by PSA.

Lastly, after a temporary halt, the dividends have been distributed again by the group since 2017.

The factors in favour of a drop in the PSA share price:

Firstly, the current slowdown in global growth must be taken into account, which of course slows down consumption and affects the automotive sector in particular. In Europe, this same automobile market is still suffering the adverse effects of the Diesel Gate scandal, which is also impacting PSA sales.

This recent scandal has in fact led to a number of additional regulatory costs in the euro zone and the emergence of certain doubts about the quality of manufacturers' CO2 emission reduction processes.

While the PSA group targets the emerging markets of Asia rather well by successfully positioning itself in the most important countries, there is currently a sharp decline in the automotive sector in these areas, particularly in Eurasia and Asia-Pacific, which could rapidly slow down sales.

Lastly, the PSA Group remains particularly exposed to the decline in the pound sterling against the euro and the resulting drastic drop in sales in the United Kingdom. The UK accounts for around 8% of the Group's sales.

It is therefore advisable to moderate the positive assessment made above by taking into account the risk represented by these few defaults in value.

What are the major financial marketplaces that quote the PSA share price?

Which figures and financial information is published by PSA for you to analyse the trends of this asset?

The PSA Group regularly publish figures and significant financial data for your analyses of this share price and the anticipation of its future trends on their website. This automobile manufacturer also offers figures on the monthly sales of their vehicles on their official website as well as yearly and quarterly financial results and updates in real time.

If you wish to closely follow the PSA share price and its movements then you can easily access its stock market charts in real time. Certain basic charts enable you to simply see and follow the current price of this asset and others enable you to display different timelines or technical analysis indicators such as indicators relating to trends or volatility.

Trade the PSA share!
72% of retail investor accounts lose money when trading CFDs with this provider. You should consider whether you understand how CFDs work, and whether you can afford to take the high risk of losing your money. This is an advert for trading CFDs on Plus500