Founded in 1931 and headquartered in Stuttgart, Germany, Porsche is a major German car manufacturing company. It designs and markets sports, luxury and racing vehicles. In 2021, the group recorded a strong financial performance with a sharp increase in vehicle deliveries worldwide. Details of the group's financial results follow.

Trade the Porsche share!
79% of retail CFD accounts lose money. You should consider whether you can afford to take the high risk of losing your money. This is an advert for trading CFDs on eToro 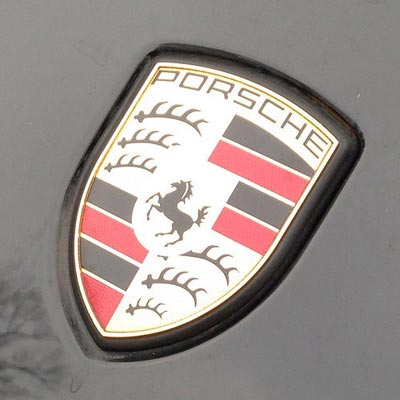 In the twelve months of fiscal year 2021, Porsche AG's revenue (sales) reached €33.1 billion, compared with €28.7 billion in 2020. This represents an increase of more than 4.4 billion euros or a growth rate of 15 percent. The car manufacturer delivered a total of 301,915 vehicles worldwide.

German carmaker Porsche has recorded better vehicle sales figures in fiscal year 2021. In addition, the number of cars delivered in this year shows the strong global positioning of the brand.

The best-selling model this year was of course the Macan, with sales reaching 88,362 units. The Cayenne model comes second with deliveries estimated at 83,071 units. The group delivered 41,296 units of the Taycan (100% electric model) in 2021.

Deliveries of this model have more than doubled in one year. This number also exceeds that of the iconic 911, which has recorded 38,464 units delivered in the whole of 2021. This is an impressive record. It is worth noting that in 2020, around 40 per cent of new Porsche cars sold in Europe were already electrified (all-electric models or plug-in hybrids).

In 2021, as was the case the previous year, China remained the German group's largest market. The Stuttgart-based company delivered 96,000 cars to China this year, an 8% increase on the previous year. In addition, good sales dynamics were observed in North America.

In the United States, vehicle deliveries increased by 22% in 2021. In the USA, the company passed the 70,000 unit mark. In Europe, Porsche vehicle deliveries also increased. In Germany, the brand recorded sales of 29,000 new vehicles, which represents a year-on-year growth of 9%.

In addition, it should be noted that the company's development is becoming clearer thanks to electric vehicles. In this sense, the car manufacturer continues to increase the production of electrified vehicles. This car model accounts for a large part of the brand's global deliveries.

As part of its contribution to the fight against global warming, the German automotive group has been implementing a vast decarbonisation programme for some time. The company's main objective in this plan is to achieve carbon neutrality throughout its value chain by the year 2030.

To achieve this, the group intends to reduce or even eliminate its CO2 emissions. Since 2021, some of the manufacturer's main sites have been carbon neutral. This is the case for the Leipzig, Zuffenhausen and Weissach plants. In the programme put in place, Porsche AG plans to invest more than one billion euros in decarbonisation (over the next 10 years).

As a reminder, by 2020, one third of the vehicles sold by the brand (in the European zone) would be 100% or partially electric. In its ambitions for the future, the group plans to deliver cars with an electric engine by 2025. Half of the new vehicles sold this year should be electric.

About Porsche's dividend and market capitalisation

Porsche AG is one of the companies in the automotive sector that pays a dividend to its shareholders. The Stuttgart-based company has been paying this coupon for 12 years now. For the financial year 2021, the dividend paid by the company is 2.21 euros per share.

On the financial markets, Porsche AG shares are among those monitored by major investors. The company is listed on the General Standard of the Deutsche Boerse AG in Germany. It is also included in the German DAX 30 stock market index. As of May 2022, its market capitalisation is estimated to be over 20 billion euros.

The Ferrari Group is one of the competitors of the German manufacturer Porsche in the automotive market. During the year 2021, both companies performed well financially. This, after having experienced a difficult year 2020 due to the impact of the Covid-19 health crisis.

Thus, the Italian group Ferrari saw its turnover increase by 23.4% to 4.7 billion euros in 2021. In contrast, the German group's turnover increased year-on-year to 33.1 billion euros. On the other hand, the number of vehicles delivered by Ferrari this year (11,155 units) is lower than that reported by Porsche (301,915 units).