The Brazilian oil company Petrobras has made a good start to the year 2021. In the first quarter of its current financial year, the group has achieved excellent performance, enabling it to return to profit. The better results recorded by the company over this period were helped in particular by the rise in the price of a barrel of Brent. 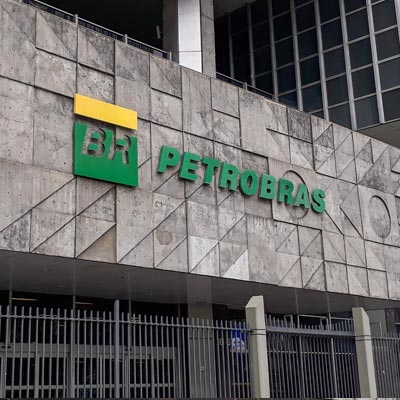 Rebound in activity in the first quarter

In the first three months of 2021 as a whole, Brazil's state-owned oil company Petrobras posted a net profit of 1.167 billion reais (about 200 million francs). In contrast, a year earlier, i.e. in Q1-2020, the company had incurred losses valued at 7.2 billion francs.

With the good performance of Q1-2021, the oil company has just experienced its second quarter in a row during which it recorded profits. As a reminder, in the previous quarter (October-December 2020 period), the company had also achieved a net result that stands at 59.9 billion reais.

On the other hand, it should be noted that Brazil's largest company had experienced three quarters of losses due to the Covid-19 epidemic before returning to profits in Q1 of the current fiscal year. However, Petrobras ended last year's fiscal year with a profit of R$7.1 billion. It is still far from the record achieved by the group in 2019 (9.2 billion reais).

Factors driving the good results of the 1st quarter

The strong results posted by Brazil's state-owned oil company Petrobras were driven by a number of factors. These include the rise in the cost of a barrel of Brent crude oil and the increase in diesel sales over the past three months.

As a reminder, in 2020, oil prices had fallen to record lows with the big drop in global travel. On the other hand, at the beginning of 2021, oil costs have been growing. For example, the average price of a barrel of Brent crude has risen from USD 44.23 in the last quarter of last year to USD 60.90 in Q1-2021.

In addition, the new president of the Petrobras Group, Joaquim Silva e Luna, did not miss the opportunity to comment on the performance achieved by the company at the beginning of the fiscal year. He believes that the figures published for the first quarter of this year are proof of the group's ability to produce sustainable results for its investors and for the company as a whole.

One of the highlights of the first quarter of 2021 was the decision by President Jair Bolsonaro to appoint another person in place of renowned economist Roberto Castello Branco to lead the company. Indeed, he had decided this following his dissatisfaction related to the increase in fuel prices.

The decision sparked fears that the far-right president would take a stand on fuel prices in the run-up to the presidential election. This prospect gave investors a scare and led to a sharp drop in Petrobras shares.