The year 2020 continued to be marked by the Covid-19 health crisis. In this difficult context, several companies managed to record a good level of activity. This is the case of the French telecommunications company Orange. Over the whole of last year, the group recorded excellent commercial results. Find out more about the figures for the telecom operator's 2020 financial year.

Trade the Orange share!
77% of retail CFD accounts lose money. You should consider whether you can afford to take the high risk of losing your money. This is an advert for trading CFDs on Plus500 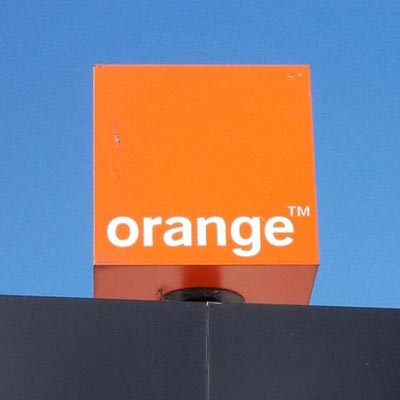 Revenue growth in 2020 for Orange

In the twelve months of the 2020 financial year, Orange achieved a turnover of 42.3 billion euros. It reported a moderate increase of 0.3% (on a comparable basis) compared to last year. This increase was driven by the strong momentum of services to operators. This was supported by the co-financing of the fibre network in France and convergent services.

Over the year, the fibre network in France grew by 4.4%. Convergent services grew by 2.1%. On the other hand, roaming (customers and visitors) was impacted by the confinement measures imposing travel restrictions. It was also adversely affected by equipment sales due to the closure of shops.

On the other hand, the growth in annual turnover was favoured by the good dynamics observed in the geographical areas. In France, business grew by 1.6% in 2020. The Africa & Middle East region recorded an increase of 5.2%. Europe (including Spain) remained under pressure.

Increase in customer base in 2020

At the end of 2020, fixed services had 45.1 million accesses. They decreased by 0.7%, compared to their level in the same period of fiscal 2019. This decline is due to the 12.4% reduction in fixed low-speed accesses over the year as a whole. In contrast, fixed very high speed access continued to maintain a strong 23.7% increase.

At the end of the year, mobile services totalled 214.1 million accesses, up 3.3% year-on-year. This includes 77.4 million packages, up 4.3%. At the end of December 2020, the converged customer base stood at 11.06 million customers. This is an increase of 2.7% compared to last year. This performance is driven by continued strong growth in Europe.

This includes provisions for bad debts. EBITDAaL of the telecom activities reached 12.84 billion euros on 31 December 2020. This was down by 1.0% year-on-year.

162 million increase in the net charge for major disputes. In addition, the telecom operator recorded a net profit of EUR 5,055 million in 2020, compared to EUR 3,222 million in the previous year.

3,222 million in the previous year, an increase of EUR 1,833 million over the year. 2,246 million in tax income recognised at the end of the year. This follows the positive decision by the Conseil d'Etat on an old tax dispute.

For the full year 2020, the company's eCAPEX decreased by 1.7%. This decrease is mainly due to the effect of the co-financing received. This is despite the strong increase in fixed and mobile broadband network deployments. Despite the health situation, the number of optical fibres deployed by Orange last year exceeded that of the previous year.

By 31 December 2020, almost all of the group's mobile sites based in France will offer 4G coverage.

Despite the decline in EBITDAaL, organic cash flow from telecoms activities increased by EUR 149 million year-on-year to EUR 2.5 billion for the year 2020. This strong performance is supported by the reduction in cash outflows related to eCAPEX and senior part-time arrangements.

Financial position at the end of the year

At the end of fiscal year 2020, Orange had an estimated net financial debt of €23.5 billion. This is a decrease of €2.0 billion compared to the level at the end of the previous year. This is mainly due to a tax benefit of €2.2 billion resulting from the positive decision of the Conseil d'Etat on a former tax dispute.

At the end of December 2020, the net debt ratio was 1.83x. Excluding the effect of the €2.2 billion tax proceeds, it would be 2.00x. This is in line with the group's expectations of a ratio of around 2x in the medium term.

Orange dividend and market capitalisation in 2020

For the 2020 financial year, the General Meeting held on 18 May 2021 paid a dividend of 0.70 euro per share. In addition, 0.20 euro will be paid out in connection with the Council of State's ruling on a former tax dispute.

The market capitalisation of Orange is estimated at EUR 25,917 billion in 2020.

Trade the Orange share!
77% of retail CFD accounts lose money. You should consider whether you can afford to take the high risk of losing your money. This is an advert for trading CFDs on Plus500