Trade Nvidia shares!
67% of retail investor accounts lose money when trading CFDs with this provider. You should consider whether you understand how CFDs work, and whether you can afford to take the high risk of losing your money. This is an advert for trading CFDs on eToro 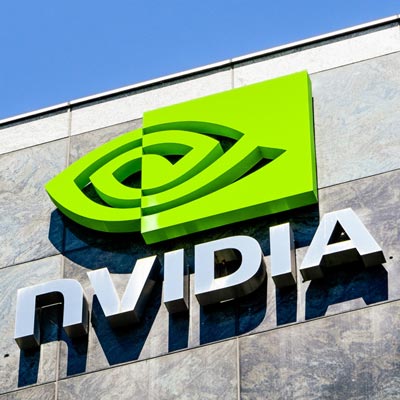 Nvidia's share price stood at 627.15 dollars on the New York Stock Exchange last week, with a drop of 0.14%. It should be remembered that the current context is unfavorable to technology stocks with a Nasdaq visibly struggling to remain balanced. The group designer of graphics cards, has achieved an exceptional performance in its business in the first quarter of 2021.

This period allowed the group to achieve record sales despite the fact that the sector is facing a shortage of electronic components. A situation that has persisted for several months and which penalizes many manufacturers. The American company, which is headquartered in California, generated an adjusted net profit (non-GAAP) of $2.31 billion in Q1/2021. This figure has more than doubled (+107%).

With this profit, the American company has achieved a fantastic quarter marked by a significant demand for its products. This largely explains the record revenue it generated. In addition, the chipmaker also continued to grow its business through its data centers. In addition, manufacturers around the world are adopting NVIDIA for computer vision processing.

NVIDIA is also being embraced by industry giants in the processing of recommender systems, conversational AI, and natural language understanding. Similarly, NVIDIA RTX has made some changes to computer graphics. As a result, the company has been able to make upgrades in the core design and gaming markets.

Incidentally, the Santa Clara-based company generated $5.66 billion in revenue in the first quarter.

Note: This quarterly turnover is a historical record for the group and shows a net jump of 84% over 12 months. However, it was up 13% from the previous quarter.

CMP sales and targets for the second quarter

On the other hand, the new graphics cards (CMPs) helped the NVIDIA group to record more than 155 million euros in revenue. Their launch had taken place at the beginning of the quarter, however, and they are useful in the mining of cryptocurrencies. Recall that many users have complained about the limited performance of other GeForce cards.

Thus, the new graphics cards have become an effective solution offered by the company to cope with the shortage of chips for the benefit of gamers. A situation caused by the exponential rise of bitcoin earlier this year.

Sales of these CMPs are expected to reach the $400 million mark during the second quarter. As a result, Nvidia expects sales of $6.3 billion for the following quarter.