The pharmaceutical sector is currently one of the most popular on the stock market and is followed by numerous investors. If you particularly wish to invest in Novartis Group shares we provide useful information here on this company as well as a clear and concise analysis of its share price with historical stock market charts. 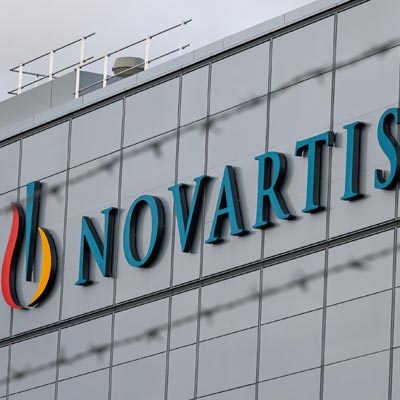 The pharmaceutical group Novartis has had an excellent year in 2020. It is one of the few companies that have grown their business this year, despite the pandemic.

Elements to consider before selling or buying Novartis shares

We are currently seeing a great increase in the development of the innovative medical sector, notably in the technological and health company sectors. The position of Novartis in these two sectors could enable it to generate new profits.

The Novartis Group also tends to develop its activities and its presence in the under-developed and poorer countries. This strategy can, over the long term, be fruitful concerning the increasing health requirements in these economic zones.

Novartis can also benefit from its long experience and expertise in this sector to develop long lasting solutions throughout the world. For this it can count on its numerous human and technological resources.

However, the obsolescence of certain treatments and technologies continues to be a significant source of losses for Novartis which must maintain its profitability over the long term by remaining constantly innovative.

Finally, it should be remembered that competition in this activity sector poses a real threat to Novartis, the large worldwide pharmaceutical groups show no mercy when taking parts of the market and depositing new patents.

You have undoubtedly heard about the Novartis group, even if it’s just the name that rings a bell. This company is currently in fact one of the global leaders in the pharmaceutical sector. Although the majority of its turnover is generated through pharmaceutical products this company also operates its activities in other sectors such as ocular care, generic medicines, vaccines, diagnostic products and others.

The majority of its profits are generated in Switzerland but its activities are spread throughout Europe, the United States, Japan and in South America.

The Novartis share price is quoted on the SIX Swiss Stock Exchange. Its shares are also included in the calculation of the Stoxx Europe 50 stock market index.

The major competitors of Novartis

One of the major competitors of the Novartis Group is the American pharmaceutical company Pfizer, which was founded in 1849. This group is of significant size and is present in more than 150 countries around the world. It is currently the world's largest company in its sector in terms of turnover. It employs over 81,800 people worldwide.

Another competitor of the Novartis group is the French pharmaceutical group Sanofi, which specialises in the pharmaceutical sector with prescription drugs for diabetes, rare diseases, multiple sclerosis and oncology as well as vaccines. Sanofi is one of the world's leading pharmaceutical companies and is mainly active internationally. It employs over 100,000 people in more than 100 countries. Sanofi is also one of the leaders on the Paris stock market in terms of market capitalisation. It is also the leading French company in the field of research and development with significant investments in this area.

Still among the competitors of Novartis, we find the Roche group which is a Swiss company also specialised in the field of pharmaceuticals and which is one of the leaders in this sector throughout the world. It operates through two parallel subsidiaries, the diagnostic sector and the pharmaceutical sector. It focuses in particular on the field of individualised medicine. Roche operates in more than 150 countries worldwide and employs 94,000 people.

The next competitor is Merck, a German company located in Darmstadt in the state of Hesse, which was founded in 1668. It specialises in the fields of pharmaceuticals and chemicals. Today, the group employs more than 55,000 people in 66 different countries.

Another serious competitor to Novartis is Bayer AG, which is a German agrochemical pharmaceutical group that has been in existence since 1863 and has been developing mainly medicines, non-prescription health products, veterinary products and crop protection products for agriculture since its takeover of the Monsanto Group a few years ago. Bayer is also known as the first company to synthesise aspirin in 1897.

The last major competitor of the Novartis group is the AstraZeneca group, which is a pharmaceutical group formed from the merger of the Astra laboratory in Sweden and the British laboratory Zeneca. The group employs 63,000 people worldwide in research, development, manufacturing, sales of pharmaceutical products and the provision of healthcare services. It currently operates in seven major therapeutic areas.

The major partners of Novartis

In 2014 Novartis announced an asset exchange agreement with the British company GlaxoSmithKline. Novartis stated that it would purchase the oncology products division of GSK for 16 billion dollars and would cede its vaccine activities, except for that of flu, to GSK for 7.05 billion dollars to which it would add the royalties.

In the same year Google approached Novartis with a partnership proposal related to a sector undergoing full expansion, smart health. In particular a project aimed at facilitating the life of diabetics through smart contact lenses that could detect their blood sugar rate. To assist this project in advancing faster the company signed a partnership with Alcon, a subsidiary of the pharmaceutical giant Novartis, on the 15 July 2014.

In 2017 Novartis also became a partner of Propeller Health for the creation of smart inhalers that should take form over the coming months.

The factors in favour of a rise in the Novartis share price:

First of all, of course, the international dimension of the company is a strength. The Novartis Group has pharmaceutical operations in no fewer than 140 countries around the world, protecting it from potential risks associated with a single geographic region.

It should also be noted that the core business of Novartis is in a sector which is particularly valued for its very broad market, namely pharmaceuticals. However, the Group has diversified its products within this sector with medical products as well as vaccines, consumer health products, generic pharmaceuticals and animal health and veterinary care products. In this way, it is multiplying its targets and areas of intervention.

Thanks to the Novartis Biotechnology subsidiary, the Novartis group is a true leader in its field of activity, conducting a great deal of research in order to develop increasingly effective treatments. Of course, the group protects its most innovative products by means of patents in order to be the only one to be able to exploit them.

Novartis also tends to develop its activities through a very important policy of mergers and acquisitions. Novartis regularly acquires companies specializing in various fields, thereby strengthening its brand and expanding the scope of its activities.

The group also enjoys a good brand image with the general public thanks to various initiatives that have been hailed by critics. These include corporate wellness, which was the group's first specialized health initiative, but also its commitment to the Convention on Biological Diversity, or CBD, which guarantees continued access to biological resources in developing countries for research and development purposes.

It is also worth noting that Novartis is a company that is valued by its customers, having been named one of the world's most respected companies in 2005, which continues to give Novartis a high level of trust from its major customers.

Finally, the final advantage of the Novartis Group is, of course, its workforce. Today, the company employs more than 120,000 people around the world who help develop new products and bring them to market.

The factors in favour of a drop in the Novartis share price:

First of all, it should be recalled that with regard to the brand image of this company, Novartis has been subject to some controversy with regard to the advertising of some of its products, which may have undermined the confidence of the general public.

The group also encountered some problems after the introduction of certain restrictive laws in India concerning the patenting of pharmaceutical products. Novartis has a significant presence in the Indian market.

Another weakness is a particularly high cost structure. The company's highly diversified product lines also lead to an increase in the necessary production structures. This represents a significant cost for the group. The group has to wait a few years before it is able to cover the investments made and start to generate profits on some new products.

Finally, although the pharmaceuticals sector is considered to be a very buoyant sector in the long term, the cyclical nature of some of the group's activities must also be taken into account. This applies in particular to products that are designed to meet very current needs and which could therefore become obsolete in the future. Some of these products are frequently abandoned at an advanced stage of development because they no longer find a target on the market. These product discontinuations also result in substantial losses for Novartis, which has had to invest substantial amounts in the initial development of some of these products.

Although the faults of this stock seem to be less numerous than its qualities, you should be inspired by them to carry out your analyses of this stock since they can have a non-negligible influence on its medium or long term evolution on the charts.

Of course, the best way to follow the progress of the Novartis share price is to consult the stock market charts in real time. These charts can be viewed on specialised stock market websites, on the Novartis company website in the section reserved for investors, or on a trading platform provided by an online broker. We particularly recommend the charts that enable the display of technical indicators and the customisable timelines.

Novartis shares are traded on which financial marketplaces?

The Novartis share price is quoted on the Swiss stock markets. More precisely these assets are traded on the SIX stock exchange which is the major financial marketplace of this country which is also the stock market where you can follow trading in this asset. It should however be noted that the American Depositary Receipts, or ADRs, for this asset are however quoted on the New York Stock Exchange, or NYSE, in the United States.

Is it possible to consult the financial history of the Novartis Company?

Investors interested in Novartis Company shares can benefit from access to lots of information on the company website. From there it is in fact possible to view the annual and quarterly financial results as well as historical data over a number of years. You will also find significant press releases, company announcements and publications and the historical dividend details.