Sanofi shares were hit by two news items yesterday and today. This morning, we learned of the failure of a phase III clinical trial, while yesterday the group announced that it had made a new strategic acquisition. We propose to review these two news with the details of these operations.

Trade the Sanofi share!
72% of retail investor accounts lose money when trading CFDs with this provider. You should consider whether you understand how CFDs work, and whether you can afford to take the high risk of losing your money. This is an advert for trading CFDs on Plus500 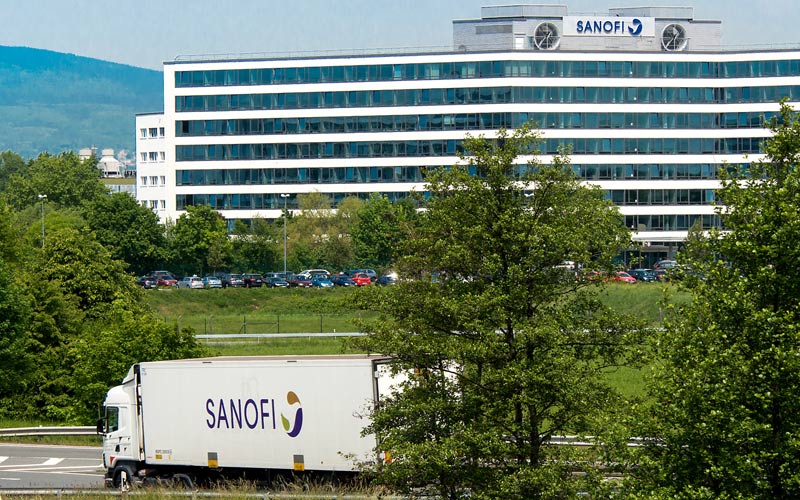 The French group announces the failure of a phase III trial in pemphigus :

First of all and early this morning, the Sanofi group published a press release in order to announce a bad news. The company announced that the PEGASUS phase III trial evaluating rilzabrutinib in the treatment of pemphigus, a rare autoimmune skin disease, had failed to meet its primary endpoint or even secondary endpoints.

In fact, the detailed results published show that the safety profile remained similar to that observed previously and that no new safety signals could be identified. However, Sanofi specifies that it will continue to evaluate the data from this trial and that it plans to present them in detail at a future medical congress.

But that's not all! Indeed, Sanofi explains that this treatment should also be the subject of various other phase II studies in immunological diseases, most of which should begin before the end of 2021.

Sanofi Group also made an interesting announcement during yesterday's session i.e. Wednesday 08 September 2021. Indeed, the group published a press release to announce that it had just completed the acquisition of the company Kadmon for a total amount of 1.9 billion euros.

This transaction will allow Sanofi to add Rezurock to its transplantation portfolio without delay.

As part of the financial transaction, shareholders who hold Kadmon shares will receive $9.50 per share. This represents a total cash transaction of EUR 1.9 billion.

At present, as far as Sanofi's financial and stock market data is concerned, the French laboratory has a P/E close to 12 times for the year 2021 and a yield of nearly 4%.