Founded in 1997 and based in California in the United States, NetFlix is an American company operating in the creative industries sector. It is recognised as the undisputed leader in video streaming. During the year 2021, the group saw its business grow. In particular, its number of subscribers increased over the year as a whole. On the other hand, the company recorded a heavy loss of subscribers at the beginning of the 2022 financial year. Also, its market capitalisation has fallen since the beginning of this year. Details of the group's financial results can be found in this article.

Trade Netflix shares!
79% of retail CFD accounts lose money. You should consider whether you can afford to take the high risk of losing your money. This is an advert for trading CFDs on eToro 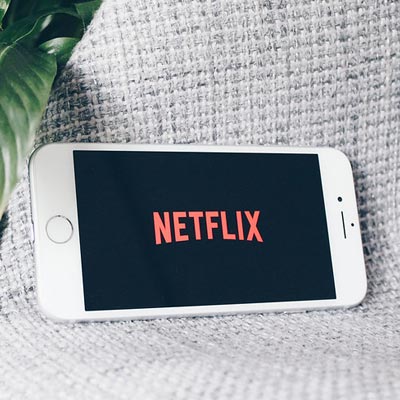 Historic loss of subscribers in Q1 2022

The beginning of 2022 did not go well for the American video streaming giant. In fact, the company recorded the biggest loss of subscribers in its history during the first quarter. Over this period, the group lost 200,000 users, a first in ten years.

The last time the company recorded a heavy loss was in the third quarter of 2011. At that time, it lost 290,000 subscribers. While the company was making every effort to increase its subscriber numbers in the first quarter of 2022, this has undoubtedly taken a disastrous turn.

This is a surprising setback, as the company has seen strong subscriber growth over the past decade. As a reminder, for the start of this year, Netflix had set a target of adding 2.5 million users. The group has probably largely missed its ambitions.

In January 2022, it had announced that the number of subscribers on its platform was 221.84 million. However, by the end of March this year, the company reported that this total had dropped to 221.64 million users. In addition, the group believes that this loss of subscribers is due in part to the suspension of its service in Russia.

It is also due to the liquidation of all Russian paid memberships. All of this has resulted in the loss of 700,000 net paying subscribers. Netflix also links this loss to other factors. These include account sharing, the frequency of adoption of on-demand entertainment and data costs, strong competition from streaming services such as Disney+.

In addition, the company says it expects a further loss of subscribers in the second quarter of 2022.

Financial results for the first quarter of 2022

Furthermore, the group remains optimistic in its revenue forecasts for the second quarter of 2022. It expects to see a 9.7% year-on-year increase in turnover. This should correspond to an amount of 8,053 billion dollars.

For the first quarter of 2022, the company posted a net profit of $1.597 billion. This was below its Q1-2021 level. However, it was higher than the previous quarter.

In the fourth quarter of 2021, NetFlix exceeded all expectations by signing up 8.28 million new subscribers, compared to the original forecast of 8.19 million. This is a good result for the company. As a reminder, one year earlier (at the same period), the streaming platform had crossed the symbolic 200 million users mark for the first time in its history.

Although the group exceeded market expectations for subscriber additions in the last quarter, it failed to exceed its own expectations. Indeed, for the fourth quarter of 2021, the company expected to add the same number of subscribers as in Q4-2020, or 8.5 million.

In the last three months of 2021, the Los Gatos-based firm's revenue was $7.71 billion, compared to $6.64 billion in Q4-2020. The group's revenues were therefore up 16% year-on-year. They are also in line with market expectations.

About NetFlix dividend and market capitalisation

NetFlix is one of the technology companies that do not pay dividends to their shareholders. Furthermore, the company has been active on the stock market since 2002. It is listed on the Nasdaq All Markets in the United States. As of June 2022, its market capitalisation is estimated to be over $70 billion.

It should be noted that since the beginning of 2022, Netflix has seen its market capitalisation fall sharply.