Like many other companies, the Michelin Group also suffered from the impact of the Covid-19 health crisis in 2020. This crisis affected the company's business in general during the year. In this difficult context of the pandemic, the annual accounts of the tyre manufacturer were down. Find out in the following lines the key figures to remember about the group's financial performance for the year 2020.

Trade the Michelin share!
77% of retail CFD accounts lose money. You should consider whether you can afford to take the high risk of losing your money. This is an advert for trading CFDs on Plus500 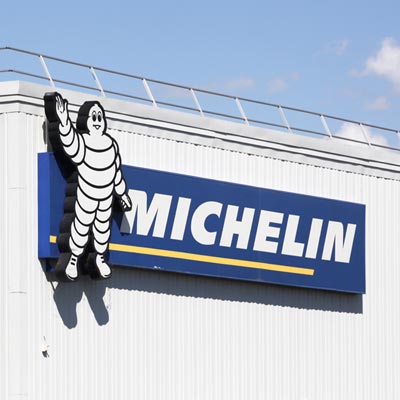 Decline in turnover in 2020

For the full twelve months of 2020, the Michelin Group generated sales of €20.47 billion, compared to €24.4 billion in the previous year. This represents a year-on-year decline of 15.2%. This decline was due in particular to a 14% drop in volumes. This was due to the decline in global tyre demand in H1-2020.

This situation was caused by the restrictive travel measures linked to the health crisis in Covid-19. In addition, the tyre manufacturer saw its sales fall remarkably in FY2020. Sales in the automotive sector fell by 14.7% over the year. The fall was even greater for road transport sales.

They fell by 15.7% over the year as a whole. Also, the company recorded a loss of productivity in the year 2020. 98 million in protection and disinfection measures. Over the twelve-month period, the impact of exchange rates was negative at 2.6%.

On the other hand, the company posted a positive price-mix effect of 1.2% and a positive perimeter effect of 0.2% over the period. Indeed, in a very competitive environment due to declining markets, the tyre manufacturer succeeded in implementing a rigorous pricing policy.

Performance of other key indicators in 2020

In fiscal year 2020, the Michelin Group generated operating income from its segments of €1.88 billion, compared to €3.01 billion the previous year. This represents a 37% year-on-year decline. However, the company performed better than the market expected. 1.57 billion.

The operating margin was 9.2% of sales, compared with 12.5% in 2019. In addition, the Clermont-Ferrand-based group saw its net profit almost halved in the 2020 financial year. It reached 625 million euros, compared to 1.730 billion euros a year earlier. At this level, the company did less than the market forecast of €736 million.

In order to cope with the impact of the coronavirus health crisis, the Michelin Group has chosen to reduce its investments in 2020. This reduction has been made to the tune of around 30%. The French company also reduced its overheads by almost 240 million euros during the year.

At the end of the 2020 financial year, the company's structural free cash flow amounted to €2 billion. This performance was driven by the rigorous cash management employed by the group during the health crisis. Also, at the end of December, it benefited from a very low level of inventory. This was the result of the strong rebound in demand observed in H2.

During this half-year, the recovery in global demand reached levels close to, or even higher than, those of the previous year for certain branches. This trend was particularly sustained by the strong momentum of original equipment in both HGVs and Passenger Cars and Light Trucks.

This positive trend began in the third quarter. During the last quarter, it increased significantly. At December 31, 2020, Michelin's debt-to-equity ratio stood at 28%, compared with 39% at the same date last year. It therefore improved by 11 points over one year.

Michelin's dividend and market capitalisation in 2020

Generally, the French Michelin Group distributes the dividend in one annual installment. At the Annual General Meeting of Shareholders held on 21 May 2021, the company's Board of Directors proposed a dividend of EUR 2.30 per share for the 2020 financial year.

This is an increase of EUR 0.30 compared to the amount distributed for the previous year. The dividend was paid on 27 May 2021. In addition, the Michelin Group is present on the equity markets. The company is listed on the Paris stock exchange on the Euronext market.

It is also part of the French CAC 40 stock market index. In 2020, its market capitalization was estimated at 24.068 billion euros.

About the Michelin Group

Founded in 1889 and headquartered in Clermont-Ferrand, France, Michelin is a French company specialising in the manufacture and marketing of tyres for the automotive and aviation industries. It is recognised as the world leader in this sector. It is also the tyre brand that is most popular with European consumers.

In addition, the group offers a wide range of products for all types of cars. These include cars, construction and agricultural machinery, two-wheelers and trucks, among others. In addition, the company has a strong global reputation. It has a strong industrial presence in more than 16 countries. The company also has a workforce of almost 127,000 employees worldwide.

Trade the Michelin share!
77% of retail CFD accounts lose money. You should consider whether you can afford to take the high risk of losing your money. This is an advert for trading CFDs on Plus500