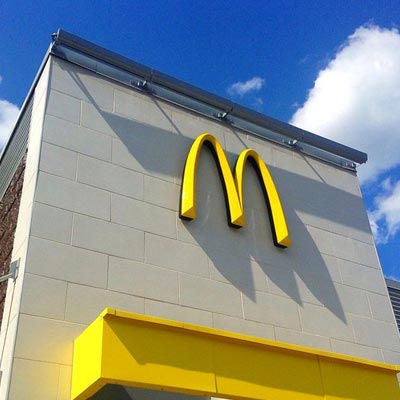 Find all the useful information about the MCDonald's share dividend with its precise amount, its current and past yield and the payment dates.

Elements to consider before selling or buying McDonald's shares

The development of home delivery services for the group's restaurants, which could boost sales.

The development of healthier menus and products such as vegetarian menus in some countries with different eating habits.

The development of competition with the increasingly important export of American fast-food chains to the rest of the world, but also the new fast food brands that can significantly reduce the American giant's market share in the long term.

We will also monitor the evolution of food hygiene awareness campaigns and changes in consumer habits, as more and more consumers turn away from this type of restaurant.

Due to the international nature of Mc Donald's operations, we will also closely monitor the global economic situation, which can have a direct impact on sales, particularly during periods of severe economic recession.

Finally, we will also keep an eye on the evolution of regulations on the part of food and health control agencies, which can again affect Mc Donald's sales or place it at the centre of scandals or high-profile cases.

The McDonald's Company is much older than you may think as it was actually founded in 1950 by an American businessman, Ray Croc. It started as a simple franchise but Mr. Kroc quickly decided to buy the rights to the main company from the McDonald brothers. That was the humble beginnings of McDonald's, the largest international fast food chain.

Although McDonald's started in the United States it became an international chain at the beginning of the 70s. One interesting point, after the United States, France is actually the country where McDonald's makes its biggest profits with no less than 1,100 franchised restaurants including a huge and well known restaurant on the famous Champs Elysees, a true symbol of McDonald's success in the country famous for its culinary reputation.

The McDonalds Corporation is of course the leader in the fast-food industry, both in its home country, the United States, but also throughout the world, as its business expands throughout Europe, Asia Pacific, the Middle East and Africa.

It is interesting to note that only 67.2% of McDonalds restaurants are directly managed by the group, while the rest are franchises with 3,589 affiliates.

McDonald's shares are quoted on the NYSE (New York Stock Exchange) and are taken into account in the calculations of the major American Index, the Dow Jones.

The major competitors of McDonald's

Before you start your analysis of the McDonald's share price, you absolutely need to know how this fast-food giant competes in the world. Therefore we'll be briefly presenting who the main competitors of this group are.

The first direct competitor of McDonald's is undoubtedly the group and chain of American fast food restaurants Burger King. This company has more than 13,000 points of sale around the world and is present in over 88 different countries. However, two-thirds of its restaurants are located in the United States and a large part is also located in Canada.

Another American fast food giant in direct competition with McDonald’s is the Wendys' Company group which is an American chain of fast food restaurants created in 1969. Currently, this brand is the third most important in the world in this sector of activity just after Subway and McDonalds and just ahead of Burger King. The group's headquarters are currently in Ohio and the company is part of the Wendy's International group, formerly known as Wendy's Arby's Group.

Still among the main competitors of McDonald's, the Taco Bell Company which is an American fast food chain and is a division of the Yum Brands group. It's currently the international leader in the Tex-Mex themed restaurants. As a result, this brand serves over 35 million consumers around the world every week. Taco Bell is headquartered in California, Irvine and specializes in items based on Tex-Mex cuisine tailored to the needs of the fast food industry with a range of tacos and more or less spicy seasonings.

Another competitor and leader in this market is the Subway group which is also an American fast food chain under franchise which mainly markets sandwiches and salads. Since its creation, this group has managed to grow across the world and has become the largest fast food chain in the world. The group operates more than 45,000 restaurants in 110 different countries.

Finally, the last competitor we'll be looking at for McDonald's is the KFC group for Kentucky Fried Chicken, which is also an American restaurant chain. This group is based in Louisville, Kentucky and is also part of the Yum Brands group. The KFC brand was created in the twentieth century by Colonel Harland Sanders known for his recipes based on fried chicken.

The major partners of McDonald's

While the McDonalds Group has many adversaries in its market, it is also often keen to establish strategic alliances with other companies. So here are to tangible examples of this type of partnership:

First of all in 2019, it was with the automaker Ford that McDonald's allied itself. The alliance between the two companies can appear surprising and has for main objective an ecological goal. The two companies have decided to work together to transform the husks of coffee beans consumed in McDonald's restaurants into auto parts.

Previously, in 2018, it was with the Walt Disney group that McDonald’s had signed a strategic partnership agreement. This was for the fast food chain to be able to distribute The Incredibles 2 toys in its Happy Meal menus. The first contract signed between the two brands also dates from 1990.

The factors in favour of a rise in the McDonald's share price:

First of all, it should be remembered that the McDonald's group benefits from a very strong brand image with an important recall since this brand is known throughout the world and its customers are extremely loyal.

The McDonald's model in terms of the variety of products offered is also an asset, as is the importance attached to hygiene and the speed and quality of service in the group's restaurants. Drive-through services in particular have enabled the group to further expand its customer base around the world by tapping into the increasingly popular fast food codes.

Of course, the group can also base its success on extensive advertising and marketing, which requires high investment but generates more revenue with an upmarket image. Still in terms of marketing strategy, the children's menus developed by McDonald's enable it to attract customers from an early age and to retain them over the long term. On the other hand, McDonald's is multiplying communication operations other than classic advertising, notably by sponsoring certain world sporting events.

Of course, we can also mention the very strong presence of McDonald's in the world as one of the group's assets. It should be remembered that this brand is present in more than a hundred countries and that it has more than 35,000 restaurants throughout the world. In total, more than one and a half million people currently work for the McDonald's group, including franchisees. To maximise its expansion strategy, the group does not hesitate to offer local products or products adapted to local customs in various countries such as India or the Middle East.

The factors in favour of a drop in the McDonald's share price:

First of all, it can of course be noted that fast food chains such as McDonald's are currently the target of much criticism with regard to the fact that they mainly offer food that is very high in fat and sugar which is not good for the health. With the increasing change in consumer eating habits, sales are therefore likely to decline over time unless the brand manages to renew itself in this sense.

Finally, the group is also the target of other criticism, this time concerning environmental issues. Indeed, McDonald's has, on several occasions, been involved in legal proceedings concerning the significant environmental impact of its activities or targeted by animal welfare associations. These various scandals have of course damaged the group's brand image and discouraged some investors.

Who are the major shareholders of McDonalds capital?

At this time the McDonalds capital is mainly divided among various major private shareholders including The Vanguard Group which holds 8.7%, Capital Research with 5.77%, SSgA Funds Management with 5.21%, Fidelity Management & Research with 2.62%, BlackRock Fund Advisors with 2.55%, T Rowe Price Associates with 2.18%, Wellington Management with 2.08%, Putnam with 1.70%, Northern Trust Investments with 1.54% and Geode Capital management with 1.54%. The remainder of this group’s capital is floating and therefore traded freely on the stock markets.

The McDonalds Group, as a multinational company, is present in over 119 different countries throughout the world. It operates around 36,258 fast food branches under the McDonalds brand including 7,855 in Europe and 14,350 in the United States. The group also possesses subsidiaries in which it holds at least a part of the capital. These notably include the brands Aroma Café, Boston Market, Xhipotle Mexican Grill, Donatos Pizza and also Prêt à Manger.

What is the BigMac Index?

You probably do not know that in 1986 the Economist magazine invented a BigMac Index with the objective of estimating the standard of living in the countries where the McDonalds Group was present.  This particular product which is sold by the company in all the countries where it is present therefore enables the calculation of the estimated purchasing power of a country’s population by its price. Only one country is not included, India, as McDonalds does not sell beef products there.