The LVMH group is a major player in the luxury goods industry. On a global level, it is recognised as the number one in the luxury sector. The company has more than 150,000 employees worldwide. In 2020, its activity decreased. This was due in particular to the impact of the Covid-19 health crisis. Here are the highlights of the group's annual results.

Trade in LVMH shares!
77% of retail CFD accounts lose money. You should consider whether you can afford to take the high risk of losing your money. This is an advert for trading CFDs on Plus500 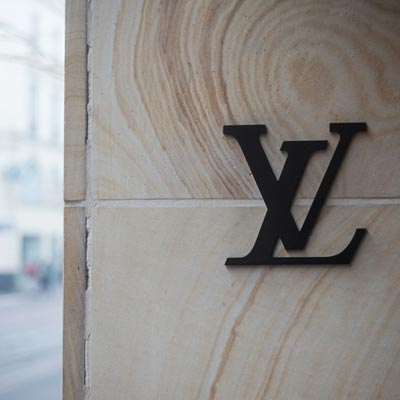 Overall annual performance of LVMH in 2020

Detail of the annual balance sheet by group activity

The LVMH Group is organised around five (05) business segments. Here is the performance of each of them in fiscal year 2020.

The Fashion & Leather Goods division proved resilient in FY2020. It recorded total sales of €21.2 billion, compared with €22.2 billion in 2019. 22.2 billion in 2019, down 3% (like-for-like) year-on-year. The activity took place in a difficult context marked by the closure of shops for several months.

From April 2020, there was a strong recovery in sales in China. This was observed in the United States from July onwards. In addition, the division's profit from recurring operations declined by 2% year-on-year to 7.1 billion euros in 2020, compared to 7.3 billion euros a year earlier.

During 2020, the Perfumes and Cosmetics business experienced continued innovation and rapid advances in online sales. In total, it recorded sales valued at 5.2 billion euros, compared to 6.8 billion euros in 2019. 6.8 billion in 2019. This represents a 22% decline (on a like-for-like basis) over the one-year period.

For the full twelve months of fiscal year 2020, Watches & Jewelry recorded sales of 3.3 billion euros, compared to 4.4 billion euros in 2019. 4.4 billion in 2019, a 23% year-on-year decline (on a comparable basis and in constant currencies). However, the second half of the year was marked by a strong rebound in China.

During 2020, the Selective Retailing business was strongly impacted by the discontinuation of international travel on DFS. However, Sephora held up well in the face of the health crisis. This crisis resulted in the closure of most of the company's shops for several months.

At the end of fiscal year 2020, the LVMH group has a strengthened financial structure. Free cash flow from operations decreased by 1% to 6.11 billion euros at the end of December 2020, compared to 6.16 billion euros a year earlier.

LVMH dividend and market capitalisation in 2020

At the Annual General Meeting of Shareholders held on April 15, 2021, the Board of Directors of the LVMH Group proposed the payment of a dividend of 6 euros per share for the 2020 financial year. Taking into account an interim dividend of 2 euros paid on December 3, 2020, the balance of 4 euros was paid on April 22, 2022.

In addition, the LVMH share is listed on the Paris Stock Exchange. It is part of the CAC 40 stock market index. As of October 2020, the company's market capitalisation is estimated at 207.56 billion euros.

Trade in LVMH shares!
77% of retail CFD accounts lose money. You should consider whether you can afford to take the high risk of losing your money. This is an advert for trading CFDs on Plus500