L'Oréal is a French company specialising in cosmetics. The group is recognised as the world leader in this sector. In 2020, the Covid-19 health crisis disrupted the smooth running of the company's activities. The crisis led to the closure of sales outlets. This led to a fall in the beauty market. Here are the main points to remember about the group's annual results for the year.

Trade the L'Oreal share!
72% of retail investor accounts lose money when trading CFDs with this provider. You should consider whether you understand how CFDs work, and whether you can afford to take the high risk of losing your money. This is an advert for trading CFDs on Plus500 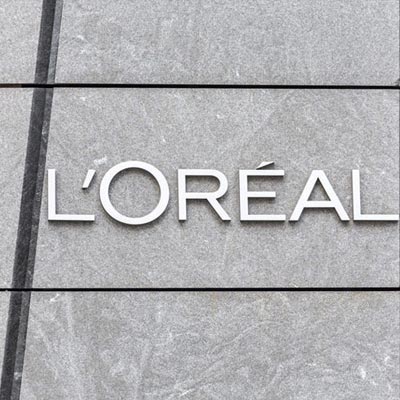 L'Oréal's business performance by geographic region showed a mixed picture. This was due to the Covid-19 health crisis. In Western Europe, group sales amounted to 7.514 billion euros in 2020, down 10.3% on a like-for-like basis and 9.2% on a reported basis.

This downward trend is also observed in North America, where the company's revenues are estimated at €6.903 billion in 2020. 6.903 billion in 2020, down 7.4% on a like-for-like basis and 8.8% on a reported basis. In addition, despite the coronavirus epidemic, the company has gained market share in many countries.

China performed impressively. As such, it made a strong contribution to the group's 2020 results.

Financial situation at the end of 2020

At the end of December 2020, L'Oréal posted a cash flow of 5.724 billion euros, down 1.3% year-on-year. Working capital requirements decreased by €729 million. Investments made during the year are estimated at 972 million euros. 972 million, representing 3.5% of group turnover.

For the whole of the financial year 2020, the company generated an operating cash flow of 5.480 billion euros. 5.480 billion, an increase of 8.9% compared to the previous year. Furthermore, at the end of this financial year, L'Oréal's balance sheet was fairly robust. This is illustrated in particular by the level of its equity.

At 31 December 2020, it amounted to 29 billion euros. The financial lease debt is estimated at 1.681 billion euros. After taking this into account, the group's net cash position at the end of the year was €3.859 billion.

About L'Oréal's dividend and market capitalisation

The General Meeting of Shareholders of the L'Oréal group was held on 20 April 2021. During this meeting, the company's Board of Directors proposed the payment of a dividend of €4.00 per share for the financial year 2020. This is an increase of 3.9% compared to the dividend paid for the previous year.

The dividend payment date was set for 29 April 2021. In addition, the L'Oréal share remains one of the most closely watched on the stock market by investors or traders. Indeed, the company is listed on the Paris Stock Exchange on the Euronext market. It is one of the companies that make up the French CAC 40 stock market index.

The company is also included in other indices such as the Euro Stoxx 50, FTSE Eurotop 100, Stoxx Global 200, Euronext 100, etc. In May 2021, the company passed the EUR 200 billion market capitalisation mark for the first time in its history. It became the third French company to reach this level, after LVMH and France Telecom (in 2000).

Trade the L'Oreal share!
72% of retail investor accounts lose money when trading CFDs with this provider. You should consider whether you understand how CFDs work, and whether you can afford to take the high risk of losing your money. This is an advert for trading CFDs on Plus500