The Kering group has just announced, this Wednesday morning, its intention to launch a share buyback program for up to 2% of its capital over the next two years. The objective of the group is, through this operation, to cancel the shares it has acquired. Details of this announcement and its consequences.

Trade the Kering share!
77% of retail CFD accounts lose money. You should consider whether you can afford to take the high risk of losing your money. This is an advert for trading CFDs on Plus500 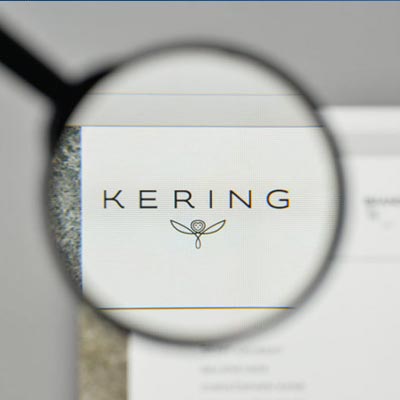 The details of the share buyback program by Kering :

It is this morning and in an official press release that the Kering group announced that it has concluded a contract concerning a first tranche corresponding to a maximum volume of 650,000 shares, that is to say nearly 0.5% of the share capital and within a limit of 650 million euros.

The share buyback is expected to begin today and will last for a maximum of three months.

In its press release, the luxury group specified that the shares bought back are intended to be cancelled, apart from those intended to cover free share allocation plans for the benefit of group employees.

Following this announcement, Kering's share price rose by 0.8% on Wednesday morning. In comparison, the French stock market index CAC 40 rose by only 0.2%.

Finally, it should be noted that buying back shares in order to cancel them is a financially profitable operation for shareholders, as it will mechanically increase their stake in the company's capital and will also improve net earnings per share.

The group is progressing thanks to an excellent half-year:

Let's also remember that at the end of July, Kering's stock had already gained many points after the group's half-year results with a 4% rise in early trading. Kering's turnover had thus increased by 49.6% in the first half of 2021 with a net income group share up by 442.6% compared to the same period in 2020.

A few weeks later, the French luxury goods giant's stock had broken new records again, as on August 18, the stock ricocheted below €798. This level represents an all-time high and missed the €800 mark by only 0.3%. The stock then started a pullback via a gap below €788.20 which brought the price below €770.

Since then, the stock has retraced slightly, as it is now trading near €674.30 with significant volatility since the announcement made this morning regarding the share buyback.

Trade the Kering share!
77% of retail CFD accounts lose money. You should consider whether you can afford to take the high risk of losing your money. This is an advert for trading CFDs on Plus500