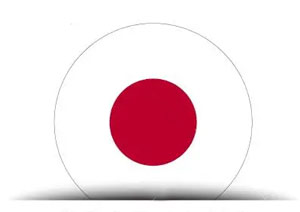 The Tokyo stock exchange in detail:

The Tokyo stock exchange, actually called the JEG, Japan Exchange Group, could be described as the official Japanese stock market. The shares of over 2,400 companies are quoted there which means it holds second place worldwide after the NYSE (New York Stock Exchange).

It was created in 1978 and has progressively grown, incorporating the TSE (Tokyo Stock Exchange) and the Osaka stock exchange before becoming, in 2006, the Tokyo stock exchange that we know today.

To follow the Tokyo stock exchange in real time you need to know the major index of this financial establishment which is the Nikkei.

The rate of this index actually reflects the quotes of the major companies of the Tokyo stock exchange.

Presentation of the Nikkei 225 index:

The Nikkei 225 is actually the major stock exchange index of the Tokyo stock market in Japan. It takes its name from an abbreviation of ‘Nihon Keizai Shinbun’, the name of the daily newspaper that publishes the rate of this index.

As indicated by its name, the Nikkei 225 is of course composed of the top 225 companies quoted on the Japanese stock market in terms of the highest liquidity. Therefore, by observing the movements in the rate of the Nikkei 225 we can perceive the overall general economic health of the country. There are a large number of sectors represented in this index including technological businesses as well as automobile companies and even the pharmaceutical and engineering sectors.

The companies quoted by the NIKKEI 225:

As is already the case with the other international indices such as the CAC40 or the FTSE 100, the figure 225 following the NIKKEI corresponds to the number of companies included in the quote for this index. The NIKKEI 225 therefore takes into account the top 225 Japanese companies in terms of capital which are quoted on the TSE.

The Nikkei 225 index was created on the basis of 100 points in May 1949. To complete the quotation of the Nikkei we find the average of the assets from which it is composed through a process of arithmetic, without weighing in the stock market capitalisation as is the case for certain other major stock market indices.

Historically, the Nikkei 225 index experienced a strong rising period through world savings. It attained its highest point of 40 000 points in 1989 but fell to 15 000 points in 1992 due to the bursting of the financial bubble. The fall strengthened between 2000 and 2003 when it was at its lowest point in 20 years.

But due to the Japanese market appeal, and after a nearly 10 year stagnation period, the Nikkei225 finally rebounded by several points, attaining 16 000 points at the end of 2005.

During 2013, the Nikkei 225 managed to gain 57%, its best performance since 1972, this was following a new presidential election and the implementation of reforms aimed at re-energising the Japanese economy. The Nikkei 225 thereby continued its rise towards 20 000 points in April 2015.

Nowadays, the Nikkei 225 is of interest to many stock market investors because of its high volatility and the many micro-movements that drive it.

How is the price of the Nikkei 225 index of the Tokyo Stock Exchange calculated?

To go a little further, let us now look at how the Tokyo Stock Exchange stock index is calculated. As you can imagine, the price of this index is calculated from the 225 stocks that make up the index and that are part of 6 major sectors of activity, namely technology, finance, consumer goods, materials, capital goods, transportation and community services. It is important here to know the sectors of activity most represented by this index, particularly materials and technologies.

The 225 companies that make up the Japanese major stock index are selected by a Nihon Keizai Shimbun committee and this composition is also reviewed annually in the fall. The change in the composition of this index takes effect in October of each year.

The Nikkei 225 is calculated in the same way as the Dow Jones Index in the United States, in that it is an arithmetic average and does not take into account the market capitalization of its component companies. It is therefore only according to the price of their stock market shares that companies obtain a more or less significant weight in this index.

More precisely, the formula for calculating the price of the Nikkei 225 is as follows:

It can therefore be said that the Nikkei 225 Index reflects the sum of the prices of the 225 major stocks on the Japanese stock exchange at the time of the calculation date. Dividing the result obtained by the average of the adjusted prices makes it possible to take into consideration certain specific situations such as a share consolidation, stock splits or company splits. These various factors, which are not directly correlated with the market, have fewer direct consequences on the value of this index, which allows it to remain relatively representative of the Japanese economic reality.

Of course, you will never have to calculate the value of this stock index yourself since its price will be communicated to you in real time during your trading sessions.

Other major stock market indices of the Tokyo Stock Exchange:

The Nikkei 225 Stock Index is currently the benchmark index of the Japanese stock market and is probably also the most widely used by investors and analysts. But in reality, it is not the only index of this country that has two others that are important enough to be discussed in more detail here. These are the Nikkei 300 index and the Topix.

Let's start by introducing the Nikkei 300, which is a stock market index launched in 1993 but actually calculated retroactively since 1982 with a base of 100, unlike the Nikkei 225 index, the Nikkei 300 is a capitalization-weighted index of its component companies, which are the 300 largest companies in the Japanese market. All its companies are listed on the first section of the Tokyo Stock Exchange and are selected according to the size of their total market capitalization. In general, economic analysts specialising in the Japanese market consider that this Nikkei 300 is more balanced in terms of liquidity, stability and sectorisation than the Nikkei 225. As with the main index, the composition of the Nikkei 300 is reviewed annually in order to reflect the Japanese economic and financial situation as closely as possible.

The Topix, whose name actually means Tokyo Price Index, was launched in 1986 on a 100-point basis. This is the most fully representative Japanese stock market index, taking into account nearly 2000 different stocks listed on the Tokyo Stock Exchange. Like the Nikkei 300, the Topix is an index whose calculation includes a weighting based on the total market capitalization of companies. Its price is also adjusted according to the free float, i.e. the number of shares of a company that can be traded on the stock market. Indeed, only companies with a free float rate of at least 30% are eligible to be included in the Topix. It should also be noted here that the Topix index is supplemented by other secondary indices called sub-indices such as the Topix Growth Index or the Topix Small Growth Index. The Topix index is finally calculated by integrating all domestic ordinary shares that are listed on the first section of the Tokyo Stock Exchange. This index is increasingly used in the world of trading.

What is the other name for the Tokyo Stock Market?

The Tokyo Stock Market is also known under the name of Kabutocho. This is actually the name of the area where it is situated, in the same way that the stock market in New York as sometimes called Wall Street. This is in fact the company named Kabushiki Kaisha but it is not quoted on the stock market. The company has nine directors, four auditors and eight executive officers and is still located at 2-1 Nihonbashi-kabutochō, Chūō-ku, in Tokyo, Japan.

Which strategic alliances have been implemented by the Tokyo Stock Market?

The Tokyo stock market has of course already implemented strategic alliances and partnerships with other financial marketplaces but it does primarily seek Asian partners. For example it recently announced that it wished to become associated with the Singapore stock exchange relating to the selection of stock market titles. It could in this way complete a strategic investment by taking a significant part in the rise of the Singapore Stock Exchange.

When was the Tokyo Stock Market created?