Recognised as the leading banking group in Italy, Intesa Sanpaolo continues to establish itself in its sector of activity at local level. The company also intends to strengthen its position on a global scale through mergers and acquisitions, as is the case in 2020 with its counterpart Ubi Banca. Furthermore, during this year, the coronavirus health crisis has weighed on the entire banking sector. This situation also affected the first Italian bank. This logically influenced its annual results.

Trade the Intesa Sanpaolo share!
77% of retail CFD accounts lose money. You should consider whether you can afford to take the high risk of losing your money. This is an advert for trading CFDs on Plus500 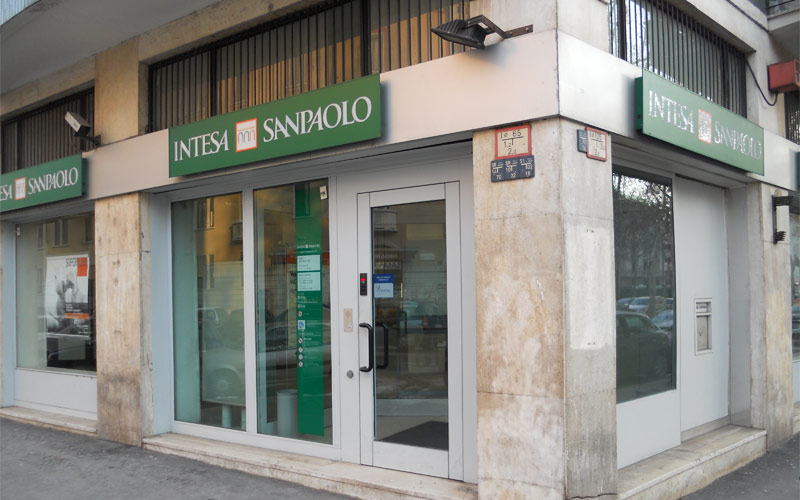 Update on the group's activity in the first half of 2020

In a difficult context marked by the Covid-19 health crisis, the Intesa Sanpaolo group nevertheless managed to record better than expected results in the second quarter of 2020. For the period as a whole, the Italian bank posted a quarterly net profit of 1.4 billion euros, up 16.3% year-on-year.

Furthermore, the strong performance in the first half of 2020 demonstrated the company's ability to effectively deal with the challenging environment imposed by the coronavirus pandemic. They also reflect the company's sustainable profitability. This is based on the diversity of its business model and its capital strength.

Results for the full year 2020

In the fourth quarter of 2020, the Intesa Sanpaolo Group's accounts turned red. This, after acquiring its counterpart Ubi Banca. In fact, in the last three months of this year, the bank posted a loss of 3.09 billion euros. This is mainly due to the costs of the acquisition.

However, over the twelve months of the 2020 financial year, the leading Italian bank achieved a turnover of 14.3 billion euros, down by 9.66%. It recorded a net profit of 3.27 billion euros. A year earlier, it had made 4.18 billion euros. At the time, this was the best result recorded by the banking group since its creation in 2007.

Excluding the five-month contribution from the absorption of Ubi Banca, net profit came to 3.083 billion euros. This result exceeded the company's targets. In addition, in the last quarter of the year under review, the company worked to accelerate the reduction of its stock of bad loans.

In the context of the health crisis, the company felt it had significant competitive advantages. Indeed, the company relied on its strong position in asset management. The group had also developed an online offering. As a result, out of approximately 88,000 employees, more than 60,000 were teleworking.

About the acquisition of Ubi Banca in 2020

In the year 2020, the Intesa Sanpaolo Group completed one of the few bank-to-bank mergers and acquisitions in Europe with its counterpart Ubi Banca. In July of the same year, the first Italian bank successfully concluded a takeover bid and exchange offer (TOB/TOE) for its future partner.

As a result, it held more than 90% of its capital. Ubi Banca was valued at EUR 4.2 billion. After acquiring the fifth largest Italian banking group, Intesa Sanpaolo is expected to sell nearly 500 branches. This is to comply with the provisions in force established by the Italian competition authority.

Moreover, this operation was very beneficial for Intesa Sanpaolo. It should enable it to improve its positioning and to become one of the leading banks in the euro zone. With this acquisition, the company became the second largest bank in terms of capitalisation.

In addition, the merged group had almost EUR 1 100 billion in client assets. 1,100 billion in customer assets. Also, it planned to reach a net profit of at least EUR 5 billion by 2022.

Due to the economic crisis related to the Covid-19 pandemic, Italy's largest bank Intesa Sanpaolo did not pay a dividend for the 2020 financial year. However, coupon distribution could resume at the end of the 2021 financial year.

In addition, Intesa Sanpaolo is one of the Italian companies that are present on the stock markets. It is also one of the most closely watched stocks by investors or traders. In 2020, the company's market capitalisation was estimated at over 40 billion euros.

Founded in 2007 and based in Turin, Intesa Sanpaolo is an Italian company operating in the banking sector. It is recognised as the largest bank in Italy. In addition to its strong dominance in the Italian market, the group also has a strong international presence.

Trade the Intesa Sanpaolo share!
77% of retail CFD accounts lose money. You should consider whether you can afford to take the high risk of losing your money. This is an advert for trading CFDs on Plus500