Inditex is a Spanish company active in the manufacture and sale of clothing and accessories. It is recognised as the world's leading ready-to-wear company. In 2020, the company also suffered the impact of the Covid-19 pandemic. This health crisis logically affected its annual results. Here are the main figures revealed by the group in this regard.

Trade the Inditex share!
77% of retail CFD accounts lose money. You should consider whether you can afford to take the high risk of losing your money. This is an advert for trading CFDs on Plus500 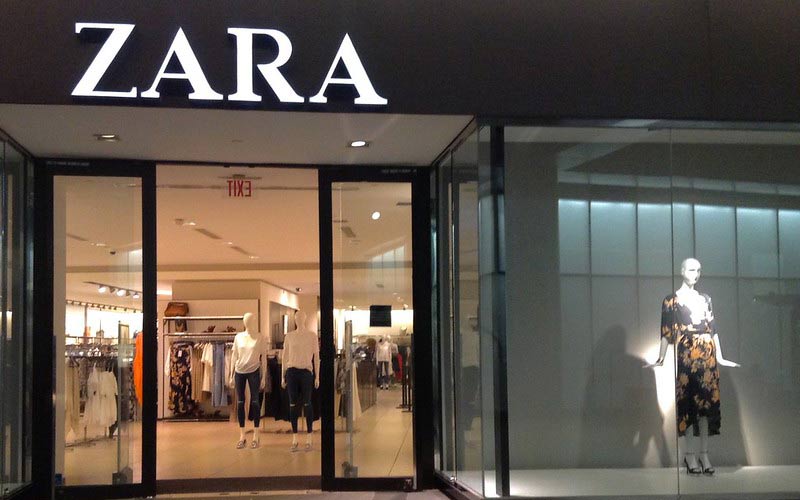 For the whole of the 2020 financial year, the Inditex group achieved a turnover of 20.4 billion euros, compared to more than 28 billion euros the previous year. It therefore reported a year-on-year decline of around 28%. This decline is mainly due to the adverse effects of the Covid-19 pandemic.

This forced the company to close its shops for a large part of the year. In addition, the group did less well than the market expected. The market had expected a turnover of 21 billion euros for the year under review. While overall sales fell during the year, internet sales grew strongly by 77% year-on-year at constant exchange rates.

In terms of profitability, the Spanish clothing giant saw its net profit fall sharply over the whole of the 2020 financial year. It stood at 1.1 billion euros, a sharp drop of 70% over one year. The gross margin was 55.8%, down 0.1 percentage points. In addition, the company once again distinguished itself by the quality of its balance sheet.

Indeed, at the end of the financial year, Inditex had a net cash position of 7.56 billion euros. It should be noted that this level of cash flow was achieved despite the net loss of 409 million euros in Q1 (between February and April). This was a first for the group in about 20 years. Meanwhile, the company's stocks fell by 9% over the year.

In the first three months of the 2021 financial year (February to April), Inditex recorded a quarterly turnover of 4.9 billion euros. This represents a 49.6% increase in group sales compared to the same period last year. In particular, sales increased in all regions and in every channel.

This was against a difficult backdrop of a 24% loss of trading hours during the quarter and the closure of 16% of shops at the end of the quarter. These were temporarily closed in key markets including France, Germany, the United States, Portugal, Italy and Brazil.

On the other hand, online sales increased by 67% (at constant exchange rates) in the period under review. For the first quarter of 2021, the Spanish textile giant posted a net profit of 421 million euros, compared to a net loss of 409 million euros a year earlier. In this respect, the group exceeded the market's expectations. The market was expecting 359.9 million euros for the period.

Without putting forward any concrete figures, the Inditex group estimated that its sales in the second quarter of 2021 were better than in Q2-2019, i.e. before the coronavirus pandemic. For the first six months of the 2021 financial year (from 1 February to 31 July), its half-yearly sales amounted to 11.936 billion euros.

11.936 billion. It reported an increase of 48% compared to H1-2020. This growth was driven in particular by the return of customers to shops and the strong increase in online sales. For the first half of 2021, the owner of the Zara clothing brand posted a net profit of 1.272 billion euros.

As a reminder, a year earlier it plunged into the red for the first time in its history for about 20 years. This situation was due to the impact of the coronavirus epidemic which led to the closure of almost 90% of the group's shops at the time. Furthermore, Inditex did not give details of its net profit for Q2-2021.

However, a comparison with the net profit announced for the first half of 2021 gives an estimate of 851 million euros. 851 million. This result is still below market expectations. 906 million for the second quarter of this year.

In the first nine months of the 2021 financial year (from 1 February to 31 October), the fast fashion specialist achieved a turnover of 19.33 billion euros, compared with 14.1 billion euros last year (in the same period). This represents an increase of 37% year-on-year. However, this figure is below that of 2019 (€19.8 billion).

Between February and October 2021, the Spanish group recorded a net profit of €2.5 billion. This is 273% higher than in the same period a year earlier. However, this result is lower than in 2019 at the same time (€2.7 billion).

About Inditex's dividend and market capitalisation

Like many other Spanish companies, the Inditex group also distributes dividends to its shareholders. Thus, at the General Meeting of Shareholders, the company's Board of Directors proposed paying a dividend of 70 cents per share for the 2020 financial year.

Inditex is also present in the equity markets. The company is listed on the Spanish Mercado Continuo market. It is also one of the companies that make up the Eurostoxx 50 index. At the beginning of December 2021, it has a market capitalisation of over 80 billion euros.

Trade the Inditex share!
77% of retail CFD accounts lose money. You should consider whether you can afford to take the high risk of losing your money. This is an advert for trading CFDs on Plus500