The Iberdrola Group is a world leader in electricity generation. It continues to make enormous efforts to remain a key player in this sector in Spain. This is illustrated by the company's performance in its 2020 financial year. Despite the impact of the Covid-19 health crisis on its business during the year, the company recorded an increase in net profit. Here are the key points to remember from the group's annual results.

Trade the Iberdrola share!
79% of retail CFD accounts lose money. You should consider whether you can afford to take the high risk of losing your money. This is an advert for trading CFDs on eToro 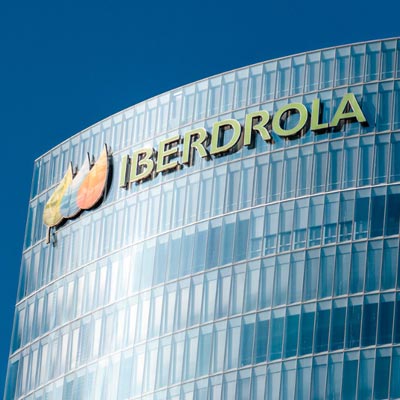 This decline is due to the coronavirus epidemic, which led to a decrease in demand for electricity. The pandemic also caused an increase in unpaid bills. However, the net result recorded by the energy group in Q3-2020 exceeded the market's expectations of 804 million euros for the quarter.

On the other hand, for the first nine months of 2020, the company noted a growth in its net profit. The latter reached 2.68 billion euros, up 4.7% compared to the same period last year.

One of the satisfactions of the Iberdrola Group in the whole of the 2020 financial year has been the growth in its net profit. It stood at €3.6 billion, compared to €3.4 billion in the 2019 financial year. This indicator therefore increased by 4.2% over the one-year period. It was in line with market expectations.

This increase in net income is explained by the capital gain of 485 million euros recorded at the beginning of 2020. It is linked to the resale of the Spanish group's shares in the Spanish-German wind turbine manufacturer Siemens-Gamesa. Also, the evolution of the annual net profit was driven by the increase in hydroelectric production in Spain during this year.

In the financial year 2020, the Spanish energy group achieved a turnover of 36.44 billion euros. A year earlier, it had reached 36.40 billion euros. It remained almost stable year on year.

Excluding the impact of the exchange rate and Covid-19, the group's underlying Ebitda increased by 8% to 10.715 billion euros in 2020.

The Iberdrola Group was not spared the Covid-19 health crisis in 2020. The latter has impacted the company's activity, as it has in several other companies around the world. In particular, the coronavirus pandemic caused a drop in demand for electricity during the year.

This has fallen by around 5% over the year in Spain and the UK. In addition, the energy company has revised upwards the level of its provisions. These have been increased by 4.2%. Thus, the Spanish group had reserved 124 million euros to deal with the increase in unpaid electricity bills.

This situation is linked to the health crisis which has led to an explosion in unemployment and precariousness, particularly in Spain.

Several acquisitions made in renewable energies

In 2020, the Iberdrola group expressed its intention to reorient itself towards renewable energy. 75 billion in this sector over the next five years, i.e. by 2025. This investment will be made not only in Spain, but also in other countries around the world.

During 2020, the company has concluded several acquisitions in the renewable energy sector, particularly in Australia and France. The company's key markets are Spain, the United States, the United Kingdom, Mexico and Brazil.

During 2020, the Iberdrola Group has worked to improve its main financial ratios. It is also committed to strengthening its financial structure. At the end of the 2020 financial year, the company's cash flow amounted to 8,191.6 million euros, after an increase of 16%.

Also, the company recorded a 6.4% reduction in debt to €35,142 million. During 2020, it consolidated its leadership in green financing. 24.5 billion available in green or sustainable formats.

Iberdrola's dividend and market capitalisation in 2020

The Iberdrola group has decided to offer its shareholders a remuneration of 0.42 euros per share from 2020. This is an increase of 5% compared to 2019. The company's Board of Directors proposed at the General Meeting of Shareholders the additional dividend payment of €0.252 per share.

This will be added to the EUR 0.168 per share distributed as a dividend on the account. In addition, the company is present in the equity markets. It is listed on the Spanish Mercado Continuo market. It is also part of the composition of the Ibex 35 stock market index. In 2020, its market capitalisation was 71.684 billion euros.

About the Iberdrola Group

Founded in 1992 and based in Bilbao, Iberdrola is a Spanish company active in the production, distribution and marketing of electricity and natural gas. It is also involved in engineering and the construction of power plants. The group also operates in real estate activities.

It is one of the leaders in energy production and distribution in Spain. In fact, the group is the second largest electricity producer in the country. In Spain, it is the largest producer of nuclear energy. On a global level, the company is recognised as the leader in the field of wind power generation.

Iberdrola is present in more than 10 countries on four continents. Its customer base is estimated at almost 30 million. The company has more than 35,637 employees worldwide.