Currently, one of the sectors that attracts the most investors seems to be that of hydrogen. Indeed, this raw material is considered as a pillar of the current energy transition and therefore represents a real stake on the economic level. This means that many large companies are very interested in it and that their stock market shares could benefit from it in the coming years. But what are the stocks to watch in the hydrogen sector? We'd like to take a closer look here.

Trading shares in hydrogen
79% of retail CFD accounts lose money. You should consider whether you can afford to take the high risk of losing your money. This is an advert for trading CFDs on eToro 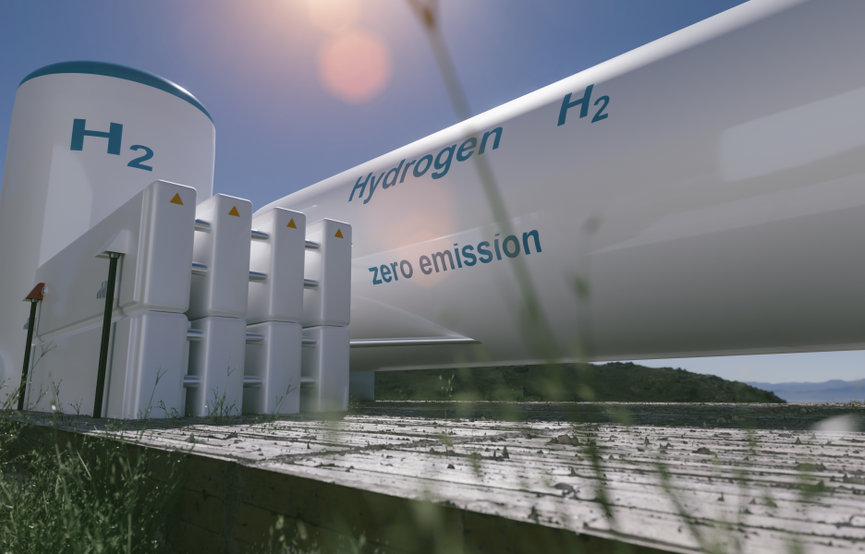 Why invest in hydrogen?

First of all, we will try to understand why the hydrogen sector attracts many investors in the stock market today. Indeed, hydrogen has already been used for a long time in the industrial sector with more than 55 million tons produced worldwide. It is used in the refining of fuels, in the manufacture of certain chemicals and other uses.

Yet, we know that the global hydrogen market is currently estimated to be worth more than $130 billion. A hydrogen council, which was created in 2017 by some major industrial groups including Air Liquide, Alstom or even Daimler, estimated that its growth could reach 2,500 billion dollars and create more than 30 million new jobs by 2050.

According to the organization's estimates, the hydrogen market could supply no less than 10 to 100 million cars and 500,000 trucks by 2030 and its annual demand could increase tenfold by 2050. It is estimated that hydrogen will account for 18% of total energy demand by 2050.

The success of hydrogen is due to the fact that it is a gas that is widely acclaimed by environmentalists and many large groups as an effective response to climate issues. It is therefore considered to be the energy of the future. As we will see below, there are already many stocks that allow you to invest in hydrogen on the stock market.

Hydrogen: What is it?

Hydrogen is a simple chemical element and the lightest gas in the universe. It is composed of one proton and one electron. It is an odourless, invisible and non-toxic gas that is found in all organic matter and in the water that covers most of the surface of the planet.

But hydrogen is of particular interest to scientists and industry because it seems to be the ideal fuel, both the cleanest and the most efficient, since it does not pollute the soil or the water table and is not harmful to the ozone layer.

However, hydrogen is not strictly speaking a direct source of energy, but rather an energy vector because it can be used to produce energy in an almost unlimited way because it is found in abundance on Earth. Indeed, hydrogen is found in plants, in hydrocarbons such as oil and gas, which come from the combination of carbon and hydrogen atoms, and also in biomass, especially agricultural and forestry waste.

Stocks to watch in the transportation-related hydrogen sector :

Thanks to its role as a renewable and ecological fuel, hydrogen seems to be particularly interesting for the transport sector since many companies in this sector are already interested in it by developing, for example, ranges of vehicles running on hydrogen. Indeed, we know that a single handful of hydrogen could allow a vehicle to travel a hundred kilometres. The companies in this sector that you can invest in to bet on hydrogen are :

6 European stocks to watch in the hydrogen sector :

As far as the European market is concerned, these six hydrogen stocks will be followed closely:

What hydrogen shares should I buy?

Several stocks are currently interesting if you want to buy shares in the hydrogen sector. In France, we will note in particular the shares of Air Liquide, which is considered as the world leader in this sector, but also McPhy Energy which is one of the start-ups which progressed the most in terms of growth in this field recently or Engie which presents many ambitions in this field.

How to buy hydrogen stocks?

Do you want to buy shares in the hydrogen sector but don't know how? There are several ways to make this investment. For example, you can choose to add these stocks to your PEA or securities account or you can trade directly on the rise or fall of these stocks, this time using derivatives such as CFDs.

How to analyze hydrogen stocks?