If you are interested in stock market investment online, it is possible to buy and sell shares about which you can find a maximum of interesting information and therefore preferably the shares of European companies and groups. We propose you today to discover one of them by presenting you the share of the Italian group Generali. You will learn in particular how to analyze its price. 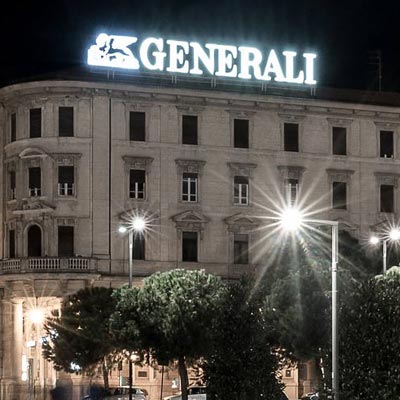 On 11 March 2021, the Italian insurance giant Generali unveiled the results of its business review for the 2020 financial year. Here are the performances achieved by the group over the year.

Firstly, it should be noted that companies in the insurance sector, and in particular those offering life insurance policies, are currently enjoying interesting growth in this market.

It should be noted that the Generali Group has an advantageous position in the field of private pension provision, as it is currently the number one in this sector in Europe.

In the non-life insurance sector, the Generali Group could also benefit from the growth prospects of the German industry. Indeed, it should be remembered that the Italian insurance group is particularly well established in that country.

However, we note that most of the countries in the euro zone are struggling to revive their economic growth. This translates into low purchasing and investment power for individual and corporate consumers, on whom Generali's activities depend.

Climate change and the potential impact of increasingly extreme weather conditions is also a significant threat to the Generali Group. Indeed, the Group could face increasing difficulties in paying its clients' claims in the event of a major incident.

Finally, analysts are also expecting a possible increase in competition for the capital of the Generali Group.

We now propose to deepen your knowledge about Generali so that you can better understand its main activities and sources of income and better anticipate how it will face its various challenges and threats.

The Assicurazioni Generali SpA group is an Italian company specialising in the insurance sector. More precisely, it is currently the leading insurance group in Italy. This insurance company, which is listed on the Bolsa Italiana, was founded in 1831 and is also one of the 50 largest companies in the world according to the Forbes magazine ranking. It is also the third largest insurance company in the world after Allianz and Axa. The group currently has more than 72 million customers worldwide and holds a strong position in the field of life insurance.

The Generali Group's activities can thus be divided into different divisions according to their share of gross earned premiums and in this way:

Due to its large market capitalisation, Generali is also part of the FTSE MIB stock index, which is the benchmark index for the Italian stock market.

The major competitors of Generali

Knowing the direct competitors of the Generali group is essential if you want to set up a precise investment strategy on this stock. We therefore propose a quick presentation of the latter.

First of all, we will follow the German insurance group Allianz, which is the leading insurer in Europe and the fourth largest asset manager in the world. It is notably present in France, Germany and Italy and operates a network of insurance agents to market banking products. Allianz also acquired the capital of AGF in 2007 and is the former owner of Dresner Banjk in Germany, which was sold in 2008.

Another group to watch closely in your Generali stock studies is the French AXA Group, which has also been in the insurance and asset management business since 1994. In addition to its insurance activities, the AXA group also has banking activities in certain countries. It is thus established in more than 64 countries in the world. The AXA Group is also one of the world's largest insurance companies, along with Ping An Insurance in China, China Life Insurance and Allianz. In terms of brand, AXA has been the world's leading insurance brand for over ten years.

Another serious competitor to follow is the French insurance and mutual group Groupama which owns three major commercial brands, namely Groupama for general insurance distributed by the network of regional mutuals and present in 9 countries in Europe, but also in Turkey, Tunisia and China. It also owns the Gan brand, which is an insurer supported by several generalist networks, as well as the Amaguiz brand, which is specialized in distance distribution.

Finally, the last competitor to follow here is the Swiss group Helvetia which is a holding company since 1996 and is based in St. Gallen. This company currently employs 6,600 people in Europe and is also present in Switzerland, Germany, Austria, Italy, France and Spain for Europe as well as in Latin America and Asia. The Group is active in the fields of special insurance and reinsurance and its parent company is Helvetia Holding AG, whose shares are listed on the SIX Swiss Exchange.

The major partners of Generali

The Generali Group has also entered into a number of strategic partnerships in order to expand its hold on the global insurance market. Here are the latest alliances the company has put in place and why they are of interest to the group.

Italian insurer Generali announced in 2013 that it would be buying 49% of its joint venture with Czech group PPF, which it does not yet own.

In 2016, German insurer Allianz, which is also a competitor of Generali, entered into a discussion with its Italian rival about a possible bid for its French operations.

In 2017, Italian banking and insurance group Intesa Sanpaolo announced that it was thinking of setting up a possible partnership with Generali. The bank added that in line with its primary strategy, it is interested in growing in the areas of asset management, private banking and insurance, including through international partnerships like this one.

The factors in favour of a rise in the Generali share price:

First of all, one of the greatest strengths of this group is its position on the European insurance market. Indeed, the Generali group is currently one of the largest insurers in the European Union in terms of contracts. It is indeed among the great leaders in the various sectors in which it operates, such as life insurance, health insurance and property insurance. Thus, it benefits from a significant strength and a recognized brand image in the face of increased competition.

We can also underline the fact that analysts specializing in this sector of activity appreciate the business model implemented by the Generali Group. Indeed, the marketing strategy of this insurance company is considered both effective and efficient. This strategy is based mainly on the channel orientation of all the companies in the group and has already proved its worth in the past.

Still among the strong points of the Generali company, we can note that the group has a strong consultative capacity which is another major asset compared to its competitors.

The Generali group also has the advantage of being specialised not in a single business sector but in several branches of insurance and finance. In fact, in addition to its core business, which is insurance, Generali is also active in the field of investment management and also offers some banking services. Thanks to this diversification of its activities, Generali is therefore effectively protected against the risks associated with a single field.

Of course, in order to maintain its position as one of the leaders in its sector in Europe, the Generali Group can count on its extensive distribution network and its highly qualified agents. Thus, Generali currently employs more than 80,000 people, which represents a remarkable work force. It should also be noted that the group's activities are particularly well distributed in the European Union, since the company has branches and distributes its services in more than 20 countries, thanks in particular to various strategic operations of rapprochement and targeted partnerships. As a result, it also protects itself against the risks associated with a single geographical sector and guarantees a minimum income in the event of a major economic crisis affecting one or more countries in particular.

The factors in favour of a drop in the Generali share price:

Firstly, with regard to the major defects of the Generali company, we can regret the weakness of its combined ratio. Indeed, because of this fact, the profitability of the underwriting of most of its contracts remains relatively low. Although the group's strategy allows it to make profits, it is therefore possible that a bad economic situation could weigh heavily on the group's overall profitability and financial health.

Of course, the very strong competition in this sector of activity in Europe is also a weakness of the group which must constantly redouble its efforts to maintain its market share. It is also regrettable that Generali is struggling to position itself outside the European Union, particularly in emerging countries where most of its competitors are beginning to establish themselves on a long-term basis.

On the other hand, and this is the last weak point of the group, we know that certain rating agencies have recently penalized the Generali group by giving it a negative outlook. Because of this poor assessment, the company is now struggling to find external sources of financing, which prevents it from investing in its future development.

As you can see, the weak points of the Generali company are less important than its strong points. However, we advise you to pay a lot of attention to them because they can have a significant influence in the years to come and thus weigh on the price of this stock exchange asset.

What are Generali's various international locations?

Over the years, Generali has become the leading insurance company in Italy and the third largest European player in this sector. It is therefore one of the European groups with the best presence in the world. Generali has 470 insurance companies operating in more than 60 countries on all continents, representing more than 55 million customers. Generali is above all a group with an international scope and an effective geographical expansion strategy.

Who are the most important shareholders of Generali?

At present, the capital of the Generali group is divided between several types of shareholders, the details of which we suggest you discover here. Thus, institutional investors alone represent 53.21% of the group's shares. Then come some of the main shareholders with 19.85%, including Mediobanca with 13.04% of the shares, Caltagirone Group with 3.65% of the shares and Delfin SARL with 3.16% of the shares. Finally, individual shareholders represent 26.89% of the company's capital.

How is the Generali Group positioned in its business sector?

Generali is, as mentioned above, the leader in its sector of activity, insurance, in its country, Italy. It is also the third largest insurer in Europe. Finally, in terms of the group's international ranking in this sector, Generali is currently in tenth place.

Trade the Generali share!
77% of retail CFD accounts lose money. You should consider whether you can afford to take the high risk of losing your money. This is an advert for trading CFDs on Plus500