Founded in 1892, General Electric is an American industrial conglomerate with five business lines. The group is active in the fields of energy, aviation, transport and health. It also provides financial services to both businesses and individuals. In 2020, the impact of the Covid-19 pandemic is being felt on its financial performance, particularly in its Aviation division. Find out more about the company's 2020 annual results and those for the first three quarters of the 2021 financial year here.

Trade the General Electric share!
79% of retail CFD accounts lose money. You should consider whether you can afford to take the high risk of losing your money. This is an advert for trading CFDs on eToro 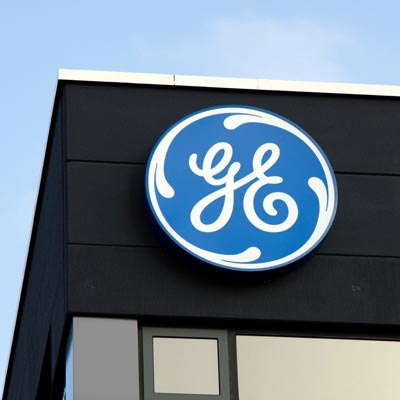 Between October and December, the Aviation division saw its revenues fall by 35% in that quarter. This was due to the fall in air travel and aircraft orders since the advent of the coronavirus epidemic. The Energy division, which is dedicated to gas and steam turbines, managed to keep its revenue stable in Q4-2020.

On the other hand, the revenues of the Renewable Energy Division decreased by 6% in the last quarter of FY2020. Also, the Healthcare division saw its revenue decline by 11% over this period. On the other hand, for the year as a whole, the group earned a net profit of $5.23 billion, compared to a loss of $5.4 billion in 2019.

In the fourth quarter alone, the company's net profit reached $2.4 billion. In addition, General Electric improved its cash flow for the full year 2020. In the last three months of this year, the conglomerate recorded $4.4 billion in free cash flow from industrial operations.

This amount far exceeded the group's expectations. The group had expected a total of $2.5 billion. Free cash flow is an important indicator of profitability. It is the amount of cash available to the company after investments have been made.

Financial results in the first quarter of 2021

In the first quarter of 2021, General Electric saw its accounts plunge into the red. This was mainly due to the fall in activity in its aerospace division. In the first three months of this year, the group's revenue was $17.12 billion, down 12%.

On an adjusted basis, the group's net profit fell by $1.03 billion to $828 million (or 3 cents per share). The market was expecting 1 cent per share.

Quarterly results in the second quarter of 2021

At General Electric, the second quarter of 2021 was marked by a return to growth in industrial orders and an improvement in the company's financial performance. During this period, the company's revenue was $18.28 billion, up from $16.81 billion in Q2 2020.

The sales growth was driven by the good momentum seen in all of the group's industrial divisions during the quarter. In particular, they improved their results. Adjusted earnings per share were $0.05 in Q2-2021. The market was expecting an average of $0.03.

Between April and June 2021, the US conglomerate generated better than expected cash flow. This came out positive at 388 million dollars. This was well above market expectations. The market was expecting a negative cash flow of 287 million dollars for the quarter.

Furthermore, cash management is a parameter that is closely watched by investors. For them, it is a way of measuring not only the health of the group's activities, but also its ability to ensure the repayment of its debt.

In the third quarter of 2021, General Electric's revenue was $18.43 billion, down 1%. It was also below market expectations. The market expected sales of $19.3 billion for the quarter.

Aviation revenues for the period were $5.4 billion, up 10% year-on-year. Renewable energy revenues fell by 7% to $4.2 billion in Q3-2021. This downward trend was also observed in the health sector.

Here, the group's sales fell by 5% in the quarter under review. In contrast, they reported stability in the gas turbine sector. Between July and September 2021, the industrial conglomerate posted earnings of $1.08 per share, compared with a loss of $1.09 per share in Q3-2020.

Excluding special items, earnings per share were 57 cents in Q3 2021. This exceeded market expectations of 43 cents.

General Electric also has a remarkable presence on the financial markets. The company is listed on the New York Stock Exchange. As of January 2022, its market capitalisation is estimated to be over $100 billion.