French and German car manufacturers are not the only ones to issue shares on the major stock markets. In fact, we can find profitable and innovative companies in this sector in the United states whose titles are very popular. This is the case of Ford shares which we are going to talk about more in detail, with some basic information about this company, and a historical technical analysis about the price of this title on the different stock market charts. 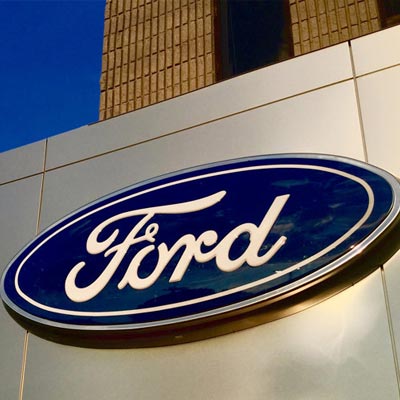 The American Ford Group is one of the world's leading automotive companies. Find out here about the company's 2020 annual results and its performance in the first three quarters of the 2021 financial year.

Elements to consider before selling or buying Ford shares

Of course, the automotive market in general will be closely monitored as demand fluctuates around the world.

The group's innovations and new vehicle releases will also be events to be taken into consideration in your analyses.

Ford is also trying to position itself in certain small Asian markets, but with a strong demand for vehicles in the same range as the one produced by the group. Operations to establish it in these markets will therefore be monitored.

The price of oil and fuel prices are elements that will also have a direct influence on how this action will evolve.

Of course, it is necessary to carry out a comprehensive study of the competition in this sector of activity, which is particularly strong and important.

Finally, we will follow the strategies implemented by Ford, in particular with the aim of gaining in competitiveness with a reduction in costs.

An excellent knowledge of the Ford Group is important if you want to build up a good analysis of its share price. Here we will explain who Ford is, how it generates its main revenues and how it is positioned in the international market.

The Ford Motor Company Group is an American company that operates in the automobile manufacturing sector. More specifically, the group is now one of the world's leading car manufacturers.

After many years as the world's second largest manufacturer after General Motors, the group moved up to third place in 2004, overtaken by the Japanese manufacturer Toyota. It was then overtaken by the German Volkswagen Group in the world rankings, followed by the Stellantis Group, which also took a place after the merger of PSA and Fiat Chrysler. The Ford Motor Company currently employs over 350,000 people worldwide.

In order to better understand the activities of the Ford Group, it is possible to divide them into different divisions according to the share of turnover they generate and in this way:

It is also interesting to know the distribution of the group's turnover from a geographical point of view. Ford generates 64.9% of its turnover in the United States, 6.9% in Canada, 5.1% in Germany, 4.8% in the United Kingdom, 0.8% in Mexico and 17.5% in the rest of the world.

The major competitors of Ford

The Ford group is of course not the only group in the automotive sector and you should absolutely know the main competitors of the latter, which we propose to discover here in detail:

First of all, we will keep an eye on the Volkswagen group which is a German car manufacturer. At present, the group is the second largest vehicle manufacturer in the world in terms of the number of vehicles sold.

Toyota is a Japanese car manufacturer and is also one of the leaders in its sector as it is the number one in terms of financial performance. As of 2016, it is also the world's largest manufacturer in terms of number of vehicles sold until 2020.

The General Motors Group is an American car manufacturer that owns and operates some 15 vehicle brands. Formerly present throughout the world, the group has been concentrating since 2017 on the most profitable markets and is hardly present in Europe.

The French group and car manufacturer PSA owns and operates several vehicle brands and, among other things, acquired the European division of General Motors in 2017. Since 2021, the group has merged with Fiat Chrysler and has become the Stellantis group. It is therefore one of the largest players in this sector worldwide since this merger.

Finally, we will also keep an eye on the French car manufacturer Renault, which has been linked to the manufacturers Nissan since 2009 and Mitsubishi since 2017. Thanks to this alliance, it is the world's largest car manufacturer. It has subsidiaries all over the world and owes its success to the post-war craze for high-end cars.

The major partners of Ford

For several years, Ford has been a partner of BP with which it has developed technologies that focus on the energy consumption of motorized vehicles.

In 1998, Ford became a partner of PSA to manufacture some of their engines. Both companies have just extended their partnership to 2018 for the production of diesel engines.

In 2013, the Allianz group became a partner of Ford for mobility solutions and assisted driving in Europe, as well as for the distribution of insurances.

In 2016, Ford also established a partnership with the group of online sales Amazon in order to create a device to remotely control a vehicle and combining the services of a connected home with those of a connected car.

The factors in favour of a rise in the Ford share price:

To trade efficiently on Ford's share price, you must of course be able to anticipate future changes in this asset as accurately as possible. However, investors' interest in a stock market share is undoubtedly linked to the financial results and growth of the company issuing it. Therefore, it is interesting to know Ford's strengths and weaknesses in order to determine how it can behave in the future. First, here are some indications of the main strengths of this group.

First of all, one can of course mention among the advantages of the Ford group its excellent positioning in its sector of activity and the quality of its brand image. Indeed, the Ford group is currently one of the main players in the automotive industry in the world. As a result, it enjoys a very strong brand image that helps to sustain the popularity of its products and build customer loyalty over the long term. In addition, Ford's positioning as one of the world's largest automakers makes it easier for it to sell its vehicles and enjoy privileged relationships with its suppliers while remaining highly competitive.

Another interesting advantage to know this time is Ford's supply chain. Indeed, this supply chain has an international dimension that helps to promote the group's operations worldwide while reducing its manufacturing costs and enabling it to penetrate certain markets considered particularly attractive.

Finally, the last strong point of the Ford group concerns the efficient innovation process it is putting in place. Indeed, the company's innovation processes are particularly well designed to maximize the performance of the group's new vehicles. Since the implementation of the One Ford plan some ten years ago, these innovation processes have been strengthened and are still bearing fruit today. Every year, Ford invests a lot of money in research and development and tries to position itself in future segments such as electric or autonomous vehicles.

The factors in favour of a drop in the Ford share price:

As you can probably imagine, the Ford group does not only have strengths and also has weaknesses that you should also be aware of before you start trading this asset. Here are the negative elements that can influence the price of this share and therefore the main weaknesses of the Ford company.

Another disadvantage for Ford's profitability also concerns the higher costs it faces, compared to the more affordable costs incurred by its competitors. Here again, Japanese competitor Toyota has the lowest costs compared to Ford, particularly in terms of innovation processes. Moreover, Ford's ability to innovate, hampered by these high costs, is therefore slower than that of its main competitors and does not allow it to react quickly and effectively to new or emerging trends and market needs, even though the company has increased its efficiency in this area in recent years.

Finally, the last disadvantage of the Ford group concerns competition in general and in particular European competition, which has been booming in recent years. While Ford is still very well positioned on the American market, the European market is slipping away and its difficulties are becoming increasingly severe. In the long term, this could pose a problem for the overall profitability of this company.

As you can see, there are almost as many arguments in favour of increasing the price of Ford shares as there are in favour of decreasing them. These elements must therefore be analysed and compared carefully before any decision is taken on the trend to be followed. Of course, a full technical analysis will also be carried out here before drawing conclusions about future trends in this area.

Who are Ford's main private shareholders?

Is a technical analysis of the Ford share compulsory?

Technical analysis of a stock is not mandatory but is still highly recommended if you want to obtain reliable trading signals, even if you perform a full fundamental analysis of the stock. Therefore, you should always consult the stock charts for that stock and look for the most interesting trend and volatility indicators.