Ferrari is an Italian company specialising in the construction of luxury cars. It operates in more than 60 markets around the world. In 2020, the group's business slowed down due to the coronavirus pandemic. However, the trend has completely changed in 2021. In the first three quarters of this year, the carmaker has recorded strong results. Details in the following lines. 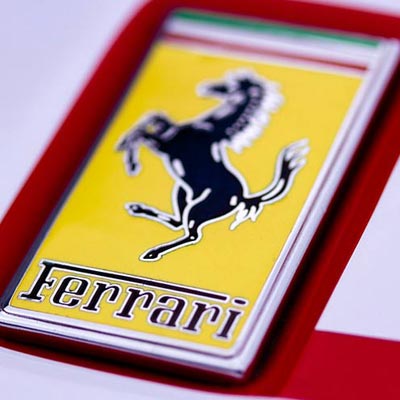 The Covid-19 health crisis has penalized Ferrari's business in 2020. In particular, the pandemic forced the group to temporarily suspend production. This had an impact on the number of cars delivered over the year as a whole. The company has delivered 9,119 vehicles worldwide, a 10% drop compared to 2019.

During 2020, the carmaker's main market was the Europe-Middle East-Africa region. In this area, it delivered 4,818 vehicles, down 2%. In the fourth quarter, however, the company saw a strong recovery in deliveries. It delivered 2,679 cars in this period, an increase of 13%.

Over the twelve months of the 2020 financial year, the prestigious horse brand achieved an annual turnover of 3.46 billion euros. This was down by 8.1% year-on-year. However, this turnover was slightly above the target set by the group. The same trend can be observed in the company's profits.

In 2020, the group's net profit amounted to 609 million euros, down 13% on the previous year. In the last quarter of this year, however, it grew by 58% to 263 million euros. The company's Ebitda for the whole of the year under review was 1.14 billion euros.

Results for the first two quarters of 2021

The group has made an excellent start to the 2021 financial year. This is illustrated by the strong performance in the first quarter. In this period, the luxury car manufacturer's turnover reached 1.011 billion euros. This is an increase of 8% compared to Q1-2020.

In addition, the group's results were also strong in the second quarter of 2021. Its turnover amounted to 1.03 billion euros, a strong growth of 81%. The brand with the prancing horse made a net profit of 206 million euros in the quarter.

In the third quarter of 2021, Ferrari's business was conducted with good growth momentum. The results recorded for the period from July to September exceeded all expectations. In this quarter, vehicle deliveries increased by 18.9% compared to Q3-2020.

In total, the group delivered 2,750 vehicles worldwide in the quarter under review. Europe-Middle East-Africa remained the Italian manufacturer's largest market during this period. The number of vehicles delivered in this area reached 1,308, up by 2 per cent. In the Americas, deliveries increased by 40% in Q3.

They doubled in the China-Hong Kong-Taiwan region. In addition, order intake reached a record level worldwide, particularly in the US and China. 1.05 billion, up 18.6% year-on-year.

The luxury carmaker posted a net profit of 207 million euros for the quarter, up 21% year-on-year in the same period. This result exceeded market expectations of 188 million euros.

Also, for the third quarter of 2021 as a whole, the Italian group saw its Ebitda rise by 12.4% to 371 million euros. At this level too, it did better than the market's expectations. The latter was expecting 365 million euros. The Ebitda margin was 35.2% at the end of September.

On the strength of the strong results recorded in the third quarter, Ferrari has decided to raise its financial outlook for the full year 2021. The luxury carmaker said it expects a record year. It now expects to achieve an annual turnover of 4.3 billion euros or less, compared to its previous forecast of around 4.3 billion euros.

Previously, the company had targeted a figure in the range of 33.7% to 34.9%. For the full year 2021, the Italian manufacturer has also raised its cash flow forecast. It is now targeting €550 million, up from €450 million.

About Ferrari's dividend and market capitalisation

Ferrari is one of the companies in the automotive sector that pays a dividend to its shareholders. For the financial year 2020, the Italian manufacturer proposed to shareholders at the General Meeting held on 15 April 2021, the payment of a coupon of 0.867 euros per share. This corresponds to a total payment of approximately 160 million euros.

In addition, Ferrari reports a strong presence in the equity markets. The company is listed on the Milan Stock Exchange. In 2021 (November), its market capitalisation is estimated at over 40 billion euros.