Founded in 1997, Faurecia is a French company specialising in the engineering and production of automotive equipment. The group is one of the world's top 10 automotive equipment manufacturers. It has 266 industrial sites and 39 R&D centres. It also has approximately 114,000 employees in 35 countries worldwide. In 2020, its business was affected by the Covid-19 health crisis. This logically affected its annual results.

Trade the Faurecia share!
79% of retail CFD accounts lose money. You should consider whether you can afford to take the high risk of losing your money. This is an advert for trading CFDs on eToro 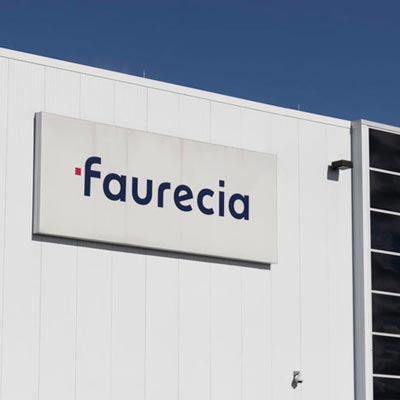 Sharp drop in activity in the first half of 2020

In the first half of 2020, the Faurecia Group's accounts went into the red. This is due to the strong impact of the Covid-19 health crisis on its business. Over this period, the company's turnover amounted to 6.17 billion euros. The company saw its sales fall by 31.2% (on a reported basis) and by 35.4% (on a like-for-like basis).

This indicator was penalised by the collapse in volumes. 542 million for the whole of H1-2020. However, they could not compensate for the huge losses in the first half of the year.

At the end of June 2020, the company's net cash flow was negative by €1.05 billion, compared to a positive value of €257 million a year earlier. However, it should be noted that the results for the first half of the year were better than the market expected.

Clear rebound in business in the second half of 2020

After posting losses in the previous half-year, Faurecia was able to turn the corner in the second half of 2020. The group has indeed returned to profit. It even exceeded all of its financial targets in the second half of the year. This was helped by the recovery in production and by the resilience actions undertaken in response to the health crisis.

As a result, over the whole of H2-2020, the industrial group achieved a turnover of €8,484 billion. 8,484 billion, down 3.5% (at constant exchange rates and scope) year-on-year. However, the decline in turnover was less significant than that recorded in the first half of the year.

In the last six months of 2020, the company made a net profit of €54 million. 54 million. The Ebitda margin stood at 13.8% of sales, compared to 13.5% a year earlier. In addition, during the second half of the year, it significantly improved its cash generation.

This helped to offset consumption in H1-2020. It also enabled the group to significantly reduce its debt. For the whole of this half-year, net cash flow was in excess of 1 billion euros.

In 2020, the automotive supplier posted a net loss of 379 million euros. A year earlier, it had made a profit of 590 million euros. This year, the group's operating profit came to 406 million euros, compared to 1.283 billion euros at the end of the previous year.

It represented 2.8% of total sales for the year. 1.679 billion in 2020, compared to 2.404 billion a year earlier. However, the industrialist has reached a record level for new orders. They are estimated at 26 billion euros for the year under review.

Thus, over a period of three years, the group accumulated an order volume of 72 billion euros. With the net cash flow performance in the second half of the year, the company ended the year 2020 with a high level of liquidity. The latter has exceeded its pre-pandemic level.

Dividend and market capitalisation of Faurecia in 2020

Due to the Covid-19 health crisis, Faurecia Group had abandoned the dividend payment for the 2019 financial year last year. However, in 2021, the situation has changed. The company's Board of Directors has decided to pay shareholders a dividend of €1 per share for the 2020 financial year.

Faurecia is also present on the stock markets. The company is listed on the Paris stock exchange on the Euronext market. In 2020, its market capitalisation was estimated at €6.24 billion.

About the group's prospects for the future

At the time of the publication of its annual results for 2020, the Faurecia Group revealed its outlook for the coming years in a separate press release. 24.5 billion by 2025. Its operating margin should be above 8% in the same year.

The automotive supplier also announced that Faurecia shares would be distributed in kind to its shareholders by Stellantis. These shares represent nearly 39% of the company's capital. This distribution will enable Faurecia to increase its free float to 85%. It will also enable it to improve its profile on the financial markets.

In addition, Faurecia said it expects global automotive production to reach 82.3 million vehicles in 2022. This number is expected to rise to 90.9 million in 2025. This corresponds to an average annual increase of 5.2% between 2020 and 2025.