Founded in 1999, ExxonMobil is an American company created by the merger of Exxon and Mobil. It is active in the oil and natural gas sector. The group is one of the largest emitters of greenhouse gases in the hydrocarbon sector. In 2020, its business suffered a huge decline due to falling oil and gas prices. However, the group managed to turn things around at the start of the 2021 financial year. Here are the key takeaways from ExxonMobil's full-year 2020 results and those for the first three quarters of 2021.

Trade ExxonMobil shares!
79% of retail CFD accounts lose money. You should consider whether you can afford to take the high risk of losing your money. This is an advert for trading CFDs on eToro 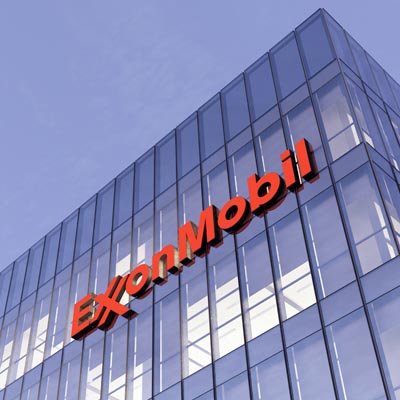 In 2020, the entire oil industry suffered from the fall in oil prices. This has had a major impact on the ExxonMobil Group. In the twelve months of this year, the oil giant made a huge loss of $22.4 billion, compared with a profit of $14.3 billion a year earlier.

The collapse in crude consumption that hit the industry hard at the start of the Covid-19 epidemic remains the main cause of the loss. In the fourth quarter alone, the company posted a net loss of $20.1 billion. Excluding exceptional items, the group was profitable in this period.

Earnings per share were $0.03, exceeding all expectations. In the financial year 2020, the American oil major achieved annual sales of 181.5 billion dollars, down 31% year-on-year. In addition, ExxonMobil has opted to reduce its expenses this year.

This was illustrated in particular by the abandonment of certain projects deemed less strategic by the oil group. This is the case for the gas exploitation programmes in the United States, Argentina and Canada. This choice caused a charge of $19.3 billion in the company's accounts in Q4-2020.

After four quarters of decline, ExxonMobil's accounts returned to the green in the first quarter of 2021. This was due to the rebound in energy prices. For the period as a whole, the oil giant posted a net profit of 2.7 billion dollars, compared with a shortfall of 610 million dollars in Q1-2020.

On a per-share basis and excluding exceptional items, it came in at 65 cents, beating market expectations of 59 cents. Between January and March 2021, the company's revenue was $59.15 billion. It reported 5% growth over the first quarter of 2020.

The company's revenue was also well above market expectations. The market was expecting $54.6 billion in the quarter under review. In the first three months of 2021, oil equivalent production reached 3.8 million barrels per day, an increase of 3%.

In Q1-2021, the energy group saw its profit from oil and gas production increase about fivefold to $2.6 billion. Chemicals profit increased almost tenfold to $1.4 billion in the quarter.

At the end of March 2021, cash flow from operating activities amounted to $9.3 billion. At the same time, the company reduced its debt by over $4 billion.

In the second quarter of 2021, ExxonMobil benefited from a recovering economy and a rebound in oil, gas and chemicals. This allowed it to report better-than-expected results for the period. The company kept its accounts in the green as in the previous quarter.

Between April and June, the Texas energy giant posted a net profit of $4.7 billion, compared with a loss of $1.1 billion in Q2-2020. On a per-share basis and excluding exceptional items, it was $1.10. The market was expecting earnings per share of 97 cents.

In Q2-2021, the oil group recorded revenues of 67.74 billion dollars. It more than doubled year-on-year. The company's revenues more than doubled year-on-year and far exceeded market expectations. The latter was expecting a turnover of 65.02 billion dollars for this quarter. Profits from oil and gas production activities grew significantly thanks to the strong price increase and higher volumes.

In the second quarter of 2021, the price of crude oil was between $60 and $70, compared with $20 and $40 in the same period a year earlier. Profits from the chemicals business were boosted by higher margins.

In the third quarter of 2021, ExxonMobil continued to benefit from the rebound in oil and gas prices to improve its financial performance. Over the period, the US oil and gas giant recorded revenues of $73.8 billion. It reported strong year-on-year growth of 60%.

Between July and September, the largest US producer posted a net profit of $6.8 billion. This performance was driven by soaring oil and gas prices, which more than doubled. Earnings per share were $1.57, in line with market expectations.

About ExxonMobil's Dividend and Market Cap

ExxonMobil's dividend is paid four times during the year. Here are the details of the 2021 dividend and the payment dates.

In addition, ExxonMobil is active in the equity markets. The company is listed on the New York Stock Exchange. As of January 2022, its market capitalisation is estimated to be over $300 billion.