A new stock market index appeared this week on the Euronext Paris market. It is the CAC 40 ESG which was launched on Monday by the stock exchange operator and which aims to make responsible investment clearer and more accessible to the general public. This index excludes nine of the historical members of the CAC, including Airbus, Hermès, Saint-Gobain and Total. 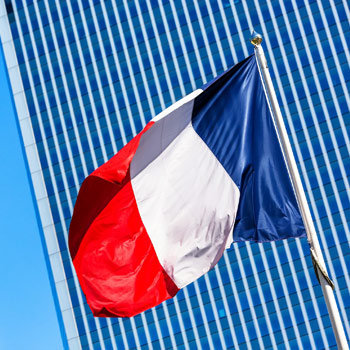 It is thus a responsible version of the main index of the Paris Stock Exchange which was launched at the beginning of this week by Euronext with the CAC 40 ESG. This is the first version of a national index and Euronext plans to create other responsible versions of other indices in the near future, as well as more thematic versions linked to compliance with the Paris climate agreement in particular.

The CAC 40 ESG is a response to repeated requests from Euronext clients, including asset managers. Its methodology is very much based on that of the French SRI label used by investment funds.

Its objective is to offer a turnkey tool to asset managers and the main French players in index management, Amundi, BNP Paribas AM and Lyxor, have already expressed their interest in launching index funds based on this index.

A responsible index accessible to the general public:

The Euronext market already has several ESG indices, including the Low Carbon 100 index and the Eurozone ESG Leaders index, but these indices are primarily followed by professional investors. By using the CAC 40 brand, which is particularly well known to the general public, the CAC 40 ESG index aims to attract individual investors who are riding the wave of responsible finance, which is currently booming. Indeed, responsible finance is becoming increasingly important in the portfolios of individuals. In fact, SRI funds saw their assets under management rise by 150% last year, while the PACTE law now requires at least one sustainable finance fund to be referenced in life insurance contracts.

It is also worth noting that nine CAC 40 companies have been excluded from this new index, including some that have historically been very important, such as the Airbus group and the Total group, as well as more recent but equally important companies such as Hermès, Dassault Systèmes, ArcelorMittal, Alstom, Saint-Gobain and Thalès.

Other historic stocks have been retained in this index, such as Accor, Arkéma, Gecina, Klépierre , Sodexo, Solvay, Suez and Valeo.

The new CAC 40 ESG index includes the best ESG performers of the CAC Large 60, i.e. the members of the classic CAC 40 and the CAC Next 20, which is the antechamber of the CAC.

The Euronext group relies in particular on data from Viageo Eiris, a subsidiary of the Moody's rating agency, to rank these companies. This approach, known as best-in-universe, consists of excluding the 12 worst performers from the index. There is also an exclusion for producers of controversial weapons, coal, shale oil or tobacco.